Trending
You are at:Home»Android»Got over $6,000 to spend? Consider Buying The overpriced Vertu Constellation
By Ollie Green on Oct 3, 2013 · Android 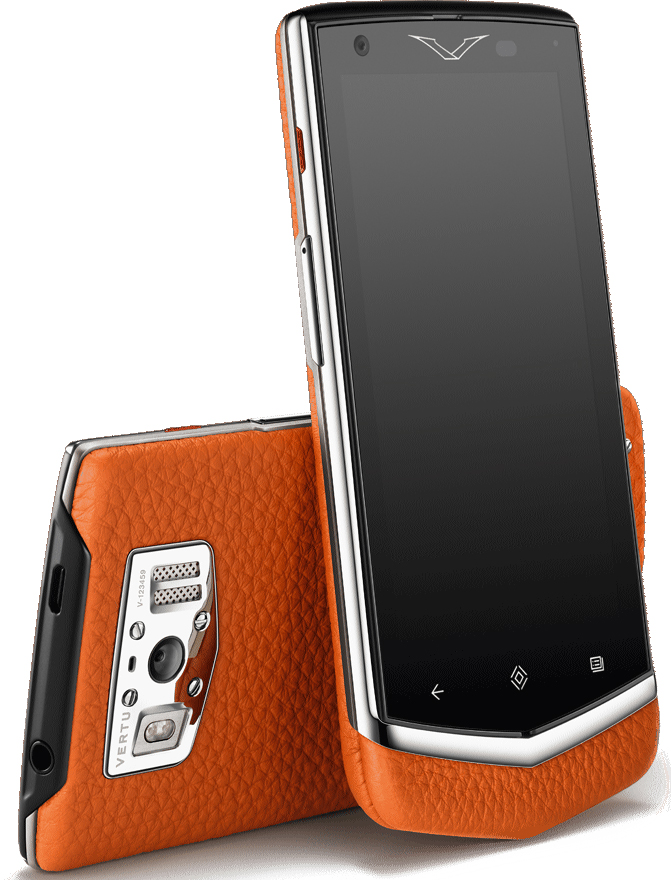 If you thought Apple’s range of products were overpriced, you may be surprised to hear that there is an even higher premium price to pay for some Android devices out there.

Vertu has been known for their ridiculously expensive smartphone devices, so it’s no shock to hear that they have officially announced their new smartphone, the Vertu Constellation, and it can be purchased for a measly $6,600.

To make this price tag seem slightly justifiable, Vertu has given it a sapphire glass screen to protect its display, and a grade 5 titanium casing. The phone also has an outer case made out of real calf leather, and is available in black, cherry, dark brown, light brown and orange.

With the premium price tag, there also comes a bunch of interesting software features, including access to the iPass global network of WiFi hotspots, (which would usually cost around $0.19/minute) a preloaded version of Kaspersky internet security and support for encrypted VOIP calling to give you the extra added security of being able to have a private conversation without anyone snooping in on your calls.

As you may have guessed, the Vertu Constellation has been marketed towards rich men and women who want the upmost security and safety on their smartphone. Titanium casing, encrypted VOIP software and global WiFi hotspot access are the kind of things only a paranoid rich person would wish for, right?
The funniest thing about the Vertu Constellation is that despite it’s ridiculous price tag, if you ignore the titanium and sapphire, the phone is an average piece of hardware.

The camera may be fairly decent, but apart from that, these are the kind of hardware specifications you’d expect from a phone from 2012 with a price range between $200 and $300.

If you do have the money to throw away, I’d advise you to invest it in something a little more sensible…