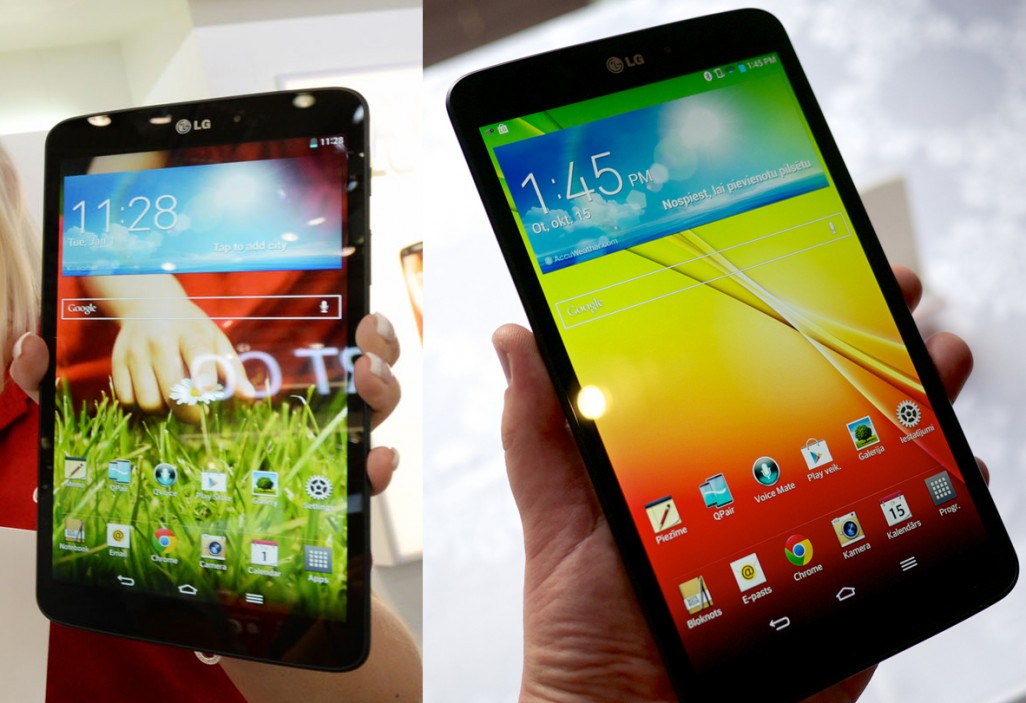 LG has managed to gain quite a lot of momentum since it’s LG Optimus G and partnership with Google on the Nexus range, and it looks as if this new found success has given LG enough confidence to not only carry on with the smartphone market, but to also enter the tablet market again.

LG has just announced the LG G Pad 8.3 tablet, and it will be available in the United States for just $349.

There isn’t as much appeal toward the LG G Pad 8.3” tablet as there is towards the LG G2, and despite an un-costly $349 price tag, it doesn’t bring that much to the table that other similar sized tablets like the Nexus 7 don’t already offer.

In terms of hardware, the LG G Pad 8.3” tablet is pretty well-off. Inside the brand new LG tablet you’ll be able to find a 1.7GHz Snapdragon 600 processor, 2GB RAM, 16GB internal storage, an included micro-SD slot for expandable memory, and a pretty juicy 4,600mAh battery. The 8.3 inch display has a decent 1920×1200 resolution and is an IPS panel, making it perfect for movies and other media.

The tablet will be available in both black and white, and will be ready for purchase in the US on November 2nd.

In terms of software, LG have continued to improve themselves, and to prove this, the new LG G Pad includes some features exclusive to the tablet such as QPair, a function that allows users to share messages and notifications between their LG smartphone and tablet, or QSlideFunction which allows you to quickly view two apps at once by floating them over the home screen.

It’s not quite the crème of the crop, but it does manage to pack enough punch to interest me in just how well it might sell. I’ve never been too interested in the 7 inch tablet market, but first choices would be either the new Nexus 7 or something belonging to the Samsung Galaxy Note tablet range. It will be interesting to see if the LG G Pad 8.3” tablet has the capabilities of rivaling either Samsung or Google.