Trending
You are at:Home»Gadget News»Moto Maker for Moto X coming to Verizon
By Gadgetman on Oct 6, 2013 · Gadget News 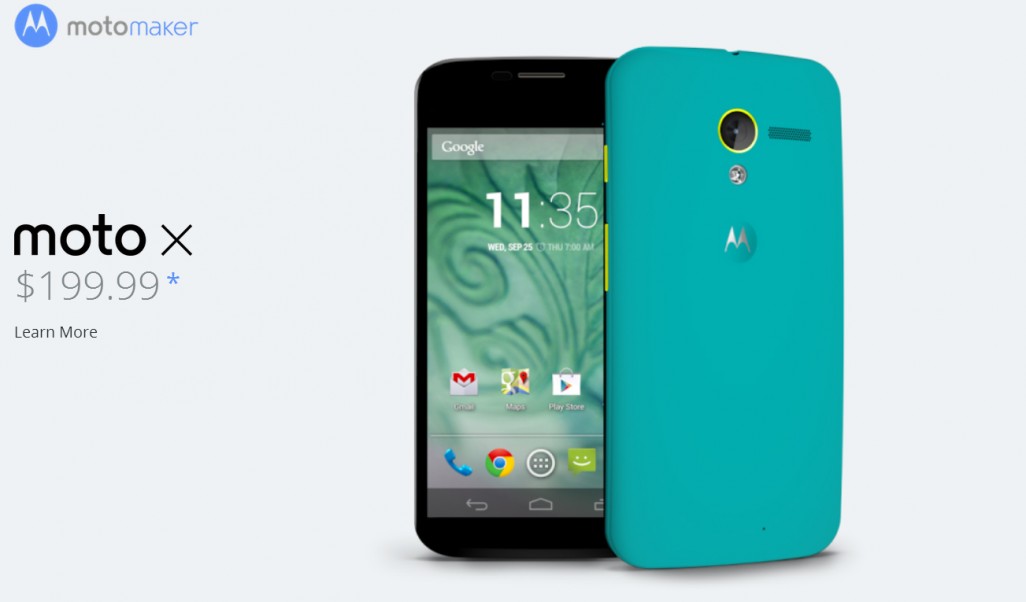 Another good news from reliable news leaker @evleaks for proud owners of Motorola Moto X smartphones. So far, the only option for those who want to customize their Moto X body using Motorola Moto Maker is to be an AT&T customer in US, and if you aren’t on contract with AT&T you will have only black and white body. However, this situation is going to be turned around soon.

According to the @evleaks report, the Verizon Wireless is the next provider, which is set to get the Moto Maker very soon, actually on November 11th.

There is no official confirmation from Verizon yet, but earlier Motorola statements, where company mentioned that the Moto Maker will be rolled out to the number of other carriers later this year, is what makes us think that after the Verizon, we will see more Moto Maker roll-outs to the rest of the providers. 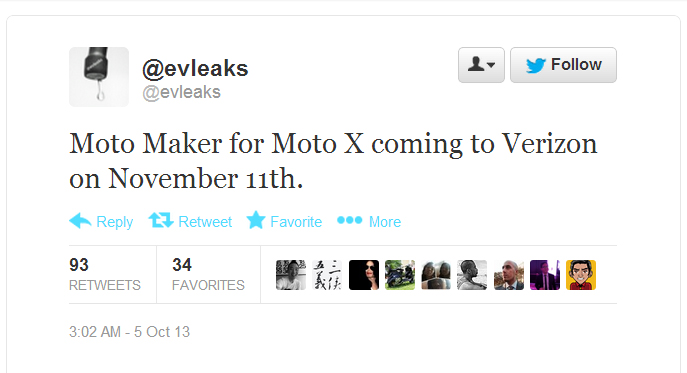