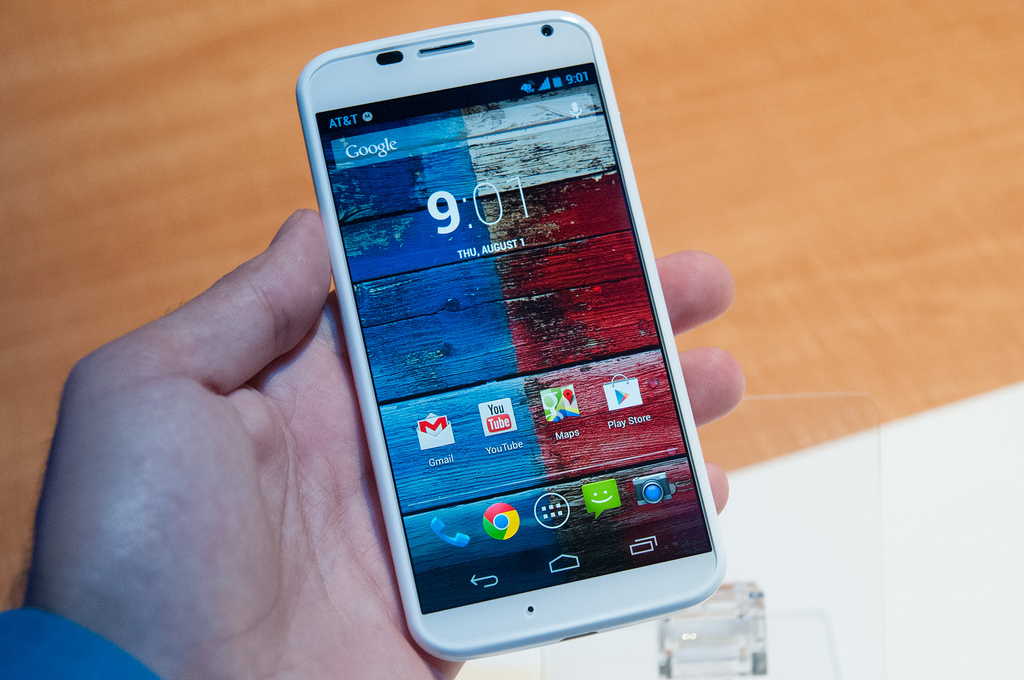 Motorola has been rather quiet on innovation and products in general ever since Google acquired the cellphone maker, but this summer they finally revealed why: they’ve been working on the Moto X, a smartphone that not only promises to deliver a more natural smartphone experience, but actually delivers on that, as well.

You’ve probably already heard about the handset, and many people have been praising it practically non-stop, so let’s take a closer look at what exactly it offers that makes it a better choice than the sea of competition:

Unlike all the Droids up until now, the Moto X comes with a different, fresh design that puts practicality and usability first, and style and uniqueness second (although it’s by no means a cookie cutter device). This would ordinarily be considered a suicide move for any smartphone, but Motorola pulls it off quite nicely, especially after you see the software features the phone has to offer. 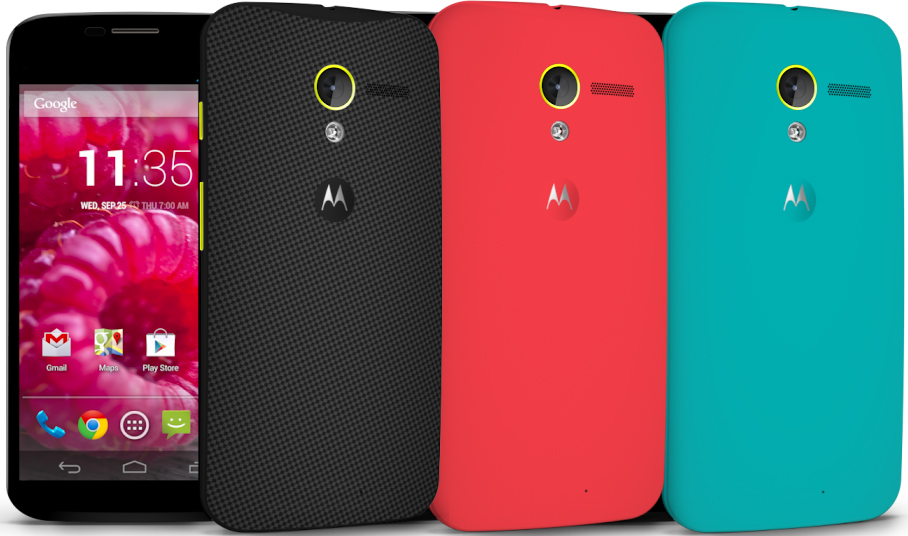 The Moto X has a very tame, rounded design that will make it attractive to the average user, and even though it’s made mostly out of plastic, it’s still very sturdy – just as good or better than Samsung’s Galaxy S4, so it’s all good. The front has only the screen, speaker and microphone, sensors and camera, with a sheet of Gorilla Glass covering everything and a rounded plastic frame surrounding the sides. On the back, there’s a plastic cover with a weave pattern and soft touch finish that makes it feel really nice and will keep the phone in your hands.

The phone is 10.4 mm at its thickest point, but thanks to the tapered edges, it sits well in one hand – the narrow bezel and overall compact size helps that a lot, with the phone being smaller than the Galaxy S3 and S4 (which to be fair, have larger screens), as well as the HTC One (which sports the same 4.7 inch display). At 129.3 x 65.3 mm, the phone will fit well in most people’s hands.

Now, that’s all fine and dandy, but still nothing worth writing home about. What makes the Moto X unique is the ability to customize its exterior to your liking – in an industry first, Motorola lets you customize your own model online through their Moto Maker service and the phone will still be delivered within a week. The reason why the latter is possible is the new assembly facility in Fort Worth, Texas, which practically guarantees that you can get the smartphone from the production line into your hands in a record amount of time, not to mention that it will be much harder for the phone to experience production delays and be out of stock.

As for the customization, well it’s quite extensive: you get the ability to choose between 2 front colors, 18 back colors, 7 colors for the buttons and ring around the camera, as well as write a line of text on the back of the phone. You’ll also be able to select a custom color protective case, custom power on message and wallpaper, connect your Google account right away, as well as select a custom color charger (high power, with 2 USB ports), Sol Republic Jax headphones and Skip NFC accessory – all of which is included in the price. Pretty impressive, if you ask me!

The hardware of the Moto X might seem a bit underwhelming at first, but that’s only until you hear the details. The display on the front is a 4.7 inch AMOLED LCD with a 1280×720 resolution – not exactly Full HD, but this is a phone aimed at the masses and let’s be serious, even super geeks don’t really need 1080p on such a small screen.

Motorola Moto X review
The use of an AMOLED panel is a far bigger advantage, and the reason why is the always on technology, which makes it possible to display various information (like notifications, time and battery life) on the screen without powering the phone up (which can be done with a tap or gesture, by the way), as well as have Google now always listening for your voice command.

The way that is accomplished is even more interesting – the Moto X had two independent low power cores that are always on and are used exclusively for context awareness, voice recognition and of course, display notifications and gestures control. Along with them, there’s a rather old but still fast Snapdragon S 4 Pro chip that packs two 1.7 GHz processor cores, the Adreno 320 GPU and 2048 MB of RAM.

Motorola calls all of this the Motorola X8 platform. Despite it not being the latest quad core, this configuration should provide more than enough performance for any kind of apps and games, as well as the above mentioned unique features (which would just not be feasible on other handsets without major battery life issues.

Speaking of which, the battery on the Moto X is a 2200 mAh unit, custom made to fit the housing of the phone without leaving empty space, and interestingly, Motorola claims that the phone can go up to 24 hours on a single charge. The reason why is the AMOLED display, individual low power cores for voice recognition, notifications and context awareness (which do consume a lot of processing power otherwise), as well as the use of a relatively low power dual core chipset that also has the benefit of not heating up whenever you’re gaming or doing anything intensive.

I doubt the phone will go more than the usual 10-12 hours if you use it for Web browsing, games and music/video, but if you tend to just get notifications, make some phone calls, send emails and view some webpages throughout the day, it’s possible – especially when you don’t have to cycle the screen and processor every time you want to view said notifications. 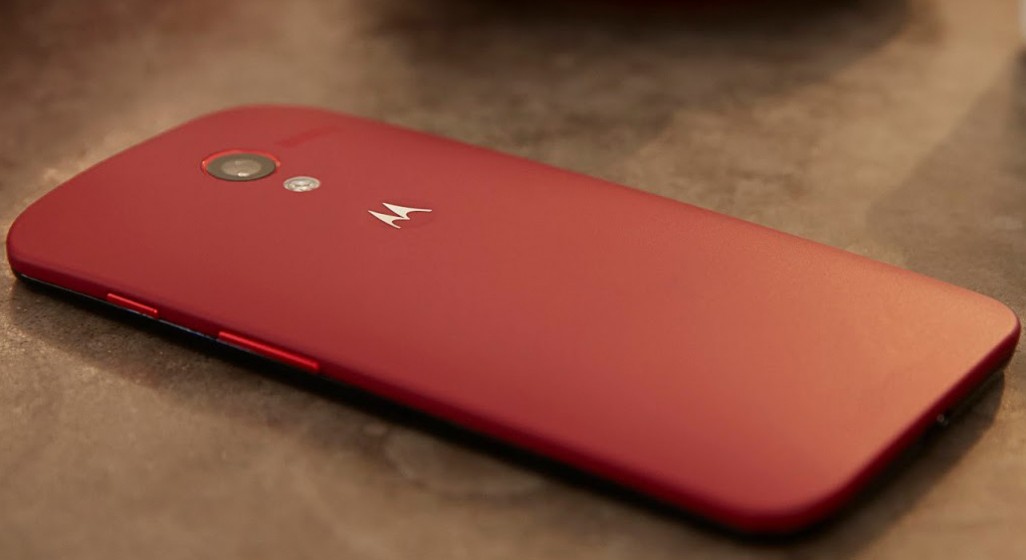 Another unique hardware feature hides in the camera sensor – the 10 Megapixels camera inside the Moto X has four pixels instead of 3 – Red, Green, Blue and Clear (hence the Clear Pixel moniker), and the latter is used to simply let more light in faster. They could’ve gone with the usual larger pixel size approach, but I guess this works just as well (it also reminds me of LG’s NOVA display technology, which also used clear pixels just to reflect more light from the LED backlight). That seems to work pretty well in normal conditions, but HTC’s large pixels and Nokia’s PureView are still better for picture clarity and low light shots.

The rest of the hardware is rather normal. You’ve got a 2 Megapixels camera on the front, Wifi AC, Bluetooth 4.0, GPS, NFC, Miracast, DLNA, micro USB, HSPA+ 3G and 4G LTE. There’s no HDMI out via MHL as you’d find on the Galaxy S4, but I guess with the ability to output video more conveniently through DLNA and Miracast, it has become redundant.

Despite the fact that Android 4.3 is out, Google is not equipping the Moto X with the latest version – I guess it’s better to stick with the proven stable version, and 4.3 didn’t bring that any major improvements anyway. The Moto X’s most interesting software features are the voice control and active display, which make full use of the Motorola X8 platform.

Voice control is always active, and it’s specifically tuned to your voice – no one else can use it after training. That’s kind of bad, actually, since not even you can use it if you change your voice significantly (i.e. if you whisper, speak quieter or scream in a noisy environment. Still, it works very well in your car, at home, in the office and even on the street, which is more than you can say about Samsung’s S-Voice. I just wish you could customize the activation phrase, as saying “Okay, Google Now” gets really old, really fast.

Motorola has now cut back on the skin customizations, and has added only several features that are actually useful. Motorola Assist, for example, automatically configures the phone (silent mode, visibility of notifications, etc.) when driving (using the accelerometer), at meetings (using the calendar and GPS) or nighttime (using the clock, obviously).

Motorola Device ID ties your device to your Gmail account and lets you find the phone using the Lost Phone Portal, and Trusted Devices lets you disable the security lock when the phone is paired to a trusted device (like your home music player, computer or Bluetooth headset). There’s also several other nice tools that can help you.

Sadly, the Moto X still has a locked boot loader, so for those who want to keep the phone fresh or customize the software to their liking (even though the Moto X offers a lot of things that you just can’t get with other software), it’s not the most attractive choice.

The Motorola Moto X is about to be released any day now on all major US carriers (AT&T, T-Mobile and Verizon), and the pricing is pretty standard: $200 for a subsidized device and $579 for the unlocked 16 GB version – but I’d highly recommend you add $50 more and get the 32 GB version, as not all of it is available to the user and that is going to be a problem in the future (yes, even with Google Drive).

Overall, the Moto X is a really attractive offer for the average buyer – it’s the closest thing in usability to the iPhone (in fact, it’s better in a lot of ways), and the customization options and price just make it all better.