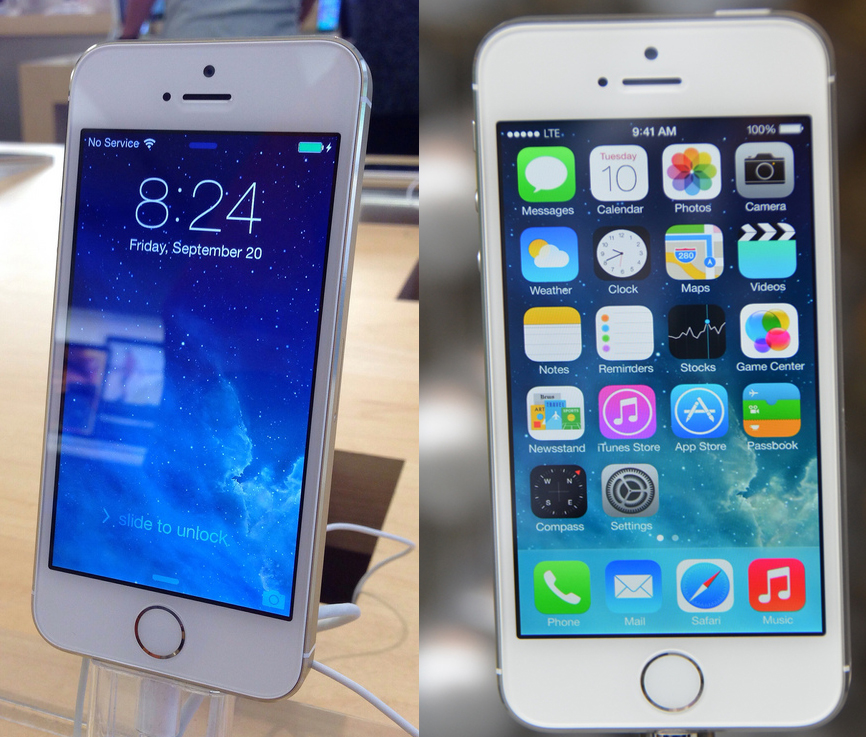 Apple recently launched two new iPhone models with the iPhone 5S being the higher end model with at least four major enhancements for users that have been foaming at the mouth since the device was first announced this year. Apple also released the latest iOS operating system which is very 7.0 right before you could buy the iPhone 5S, so that can also be downloaded and installed on the device for your pleasure. A couple of new software features were added, along with a few new tweaks to the camera software, a faster A7 processor and new components that give better support for LTE carrier coverage.

One of the first things that new iPhone 5S users are going to want to check out is the Touch ID fingerprint scanner feature that Apple released for this model, which has been placed right inside the Home button. The fingerprint sensor has a special ring, one that is the same color as the phone, and it can sense your finger without actually pressing it.

The new Home button feels just like it does on older models even though it functions slightly different. Some found the new Home button to have a better “feel” when clicked and it does appear a little smaller than previous models thanks to the colored ring situated around the button itself. The Touch ID feature works in a capacitive way similar to many touch screen displays on the market today. 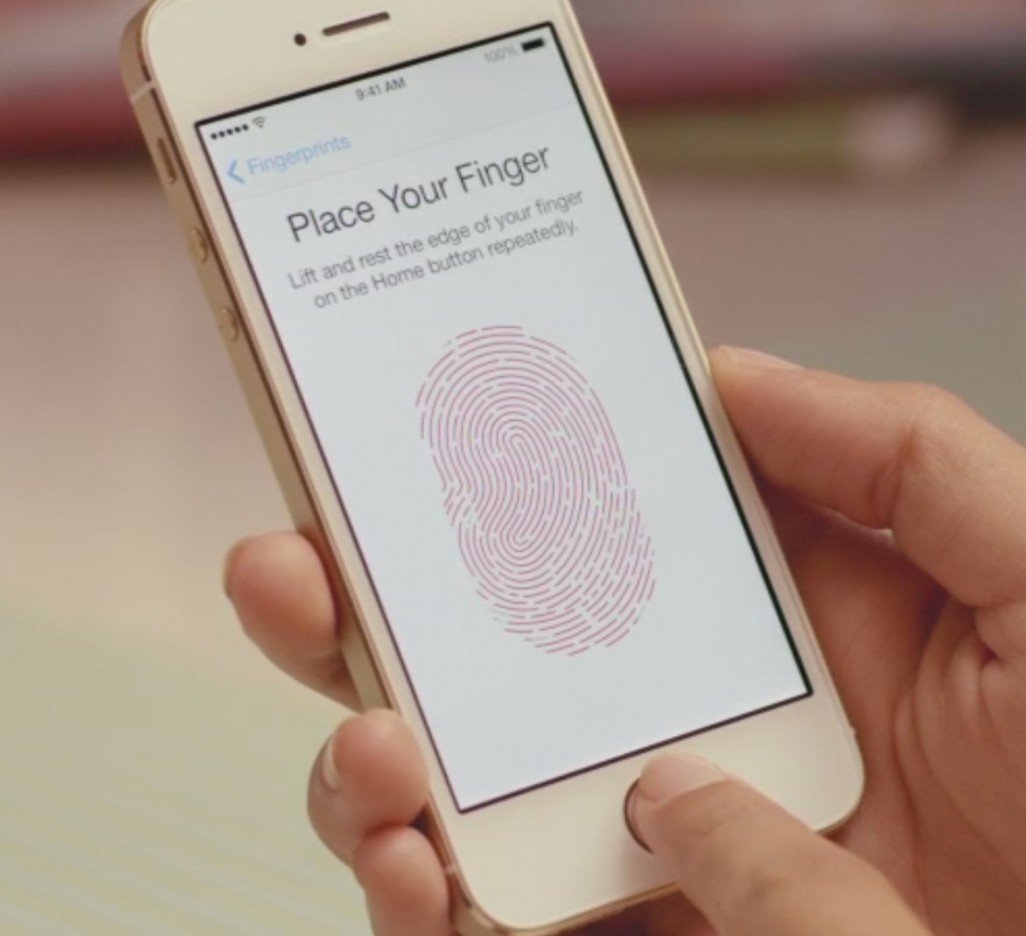 If you follow the instructions on screen, setting up the fingerprint scanner is simple and works reliably well. Many have tried to trigger false positives, but were unable to get into the phone unless the original fingerprint was used to gain entry. Most compared unlocking the iPhone 5S with the fingerprint scanner being as fast as if you locked the system without using the passcode. 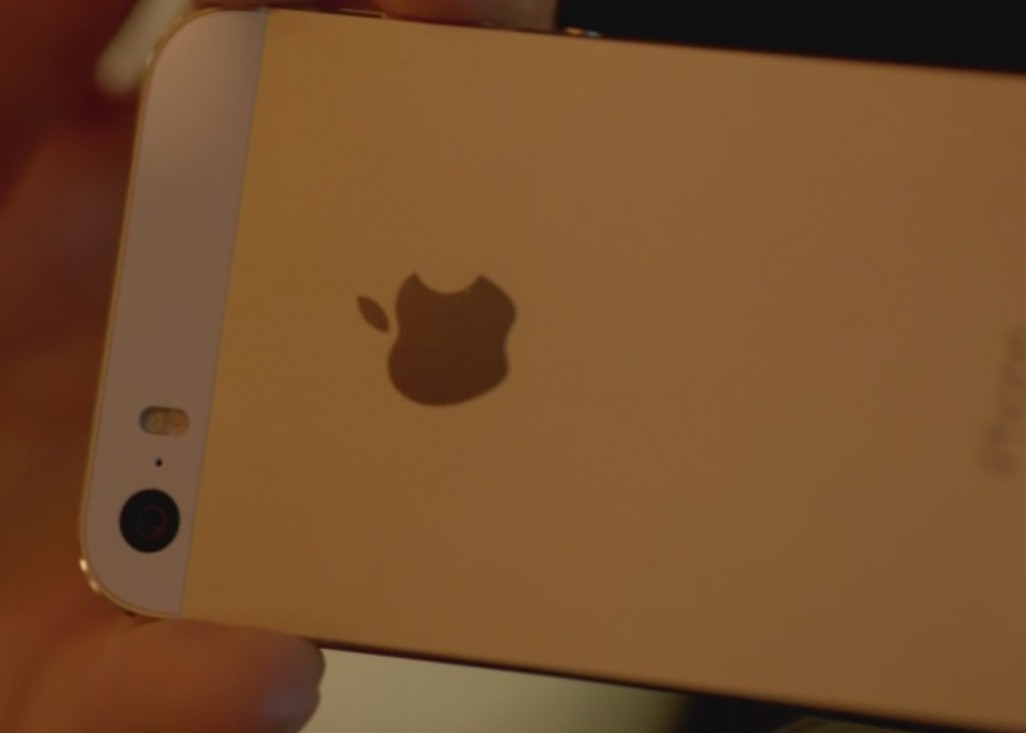 Another new feature will involve the iPhone 5S and the camera technology. Apple released a new camera technology with the iOS 7 software and now the camera sensor is 15 percent larger, but with the same pixel count giving users higher quality photos. The larger, F2.2 aperture will allow for more light to get into the sensor giving users better photos taken in low light situations. Users will see better photos that are sharper, have less noise and less grain in situations where light is at a premium, mostly indoors. The A7 image signal processor has been enhanced as well compared to the one that was installed inside the A5 and A6 processors in the past. The A7 ISP provides things like faster focusing, faster shutter speeds and other features like HDR and Panorama capture. 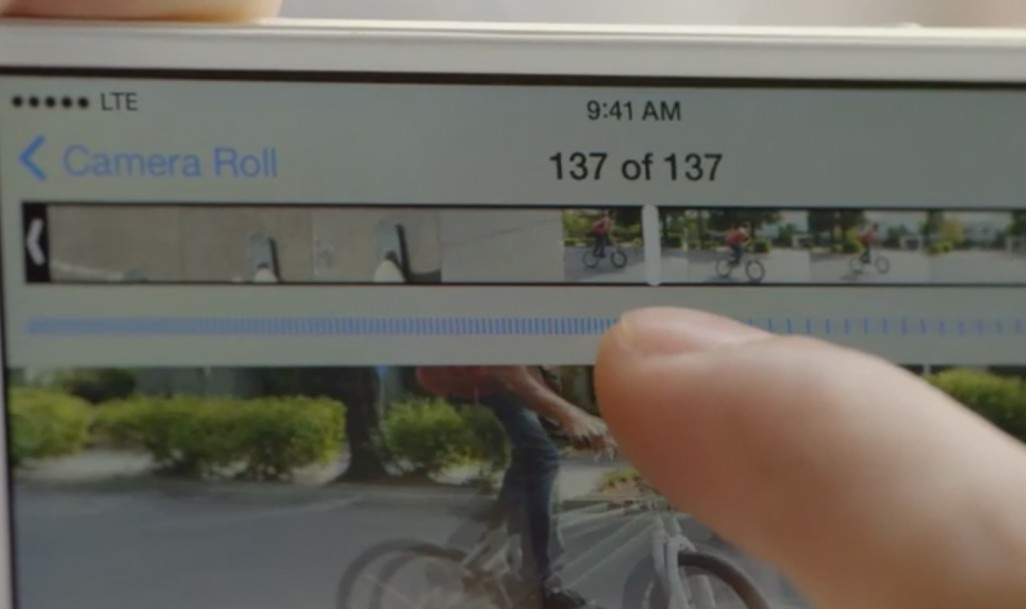 The camera software also has to read a lot more image data and the iPhone 5S does this faster than previous models. Apple says that before taking an image, the camera’s ISP is already adjusting the white balance, a local tone map and checks auto focus across 15 focus zones. Apple also added features like Burst & Slomo, plus the aforementioned Panorama feature has been enhanced.

One of the more talked about features that comes with the camera sensor is the new “True Tone” flash unit that includes a bright white and warm amber flash that are used together to produce a more accurate temperature based on the ambient light in low light situations. There are plenty of photos online that compare the iPhone 5 and iPhone 5S cameras taking photos with and without the flash enabled. All of the iPhone 5S appear to be sharper, clearer and have a warmer feel than those from the iPhone 5.

The camera in the iPhone 5 could not focus as fast as the new sensor installed in the iPhone 5S, which leaves the colors washed out and mostly not clear. One downside is that the flash is bright and requires being activated twice in order to get the information needed to set the flash, with the second one to actually take the photo.

Burst, Slomo and Panorama features are also much better in the iPhone 5S and do not produce the same purple haze that some photos appeared to have when taken with the iPhone 5. Burst mode will take up to 10 frame per second captures and will be presented to users as a “stack” inside the Photos area of your phone. The system will then recommend the best shots, but you are also free to choose the ones you want and save or delete them at that point. Not all apps allow for the sharing of “stacked” image sets. One thing that users should keep in mind is that when you take photos in Burst mode, the iPhone sees them as individual photos and once they are imported and deleted from the phone, there is no way to get the favorites menu back. You will not have more photos taking up space in your iPhoto library that you can only search manually.

Slomo capture has been featured in plenty of videos online and essentially grabs 120 frames per second and presents users with a user interface for setting up in and out points for creating a dramatic video that is played back at quarter rate for a period of time. Adding creativity and flair to any video will now be easier than ever before with the iPhone. Once you are done producing your Slomo video you can then share it via AirDrop, Email, iMessage, iCloud, YouTube, Facebook or Vimeo. Once you share the video it can still be edited via the iPhone as long as you did not delete the file from the device. The features are nice and can only evolve via Apple in future editions of the software so it looks like only better thing can come in the future. 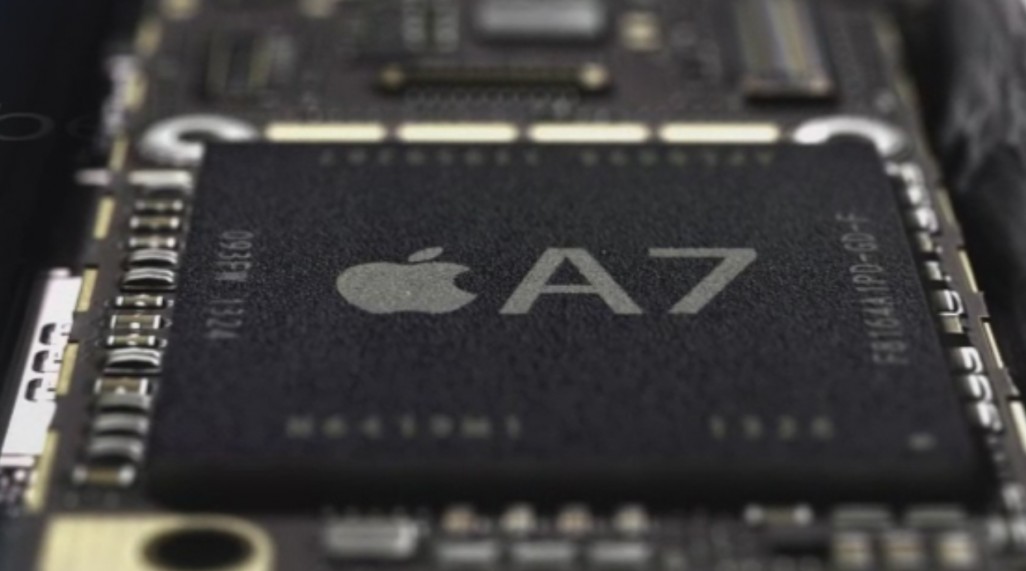 The new processor that comes with the iPhone 5S is the A7, which is built on the 64-bit processor architecture and is the only one ever installed inside of a smartphone. That spec is going to be overlooked when you see what the new A7 processor can actually do for you. The A7 is the only way the fingerprint scanner will work, plus it comes with the ISP which is used in the Camera app. The processor also comes with dual ARMv8 cores that have been custom developed by Apple under the code name “Cyclone”. The processor is also the first to use the new PowerVR Series6 Rogue GPU architecture which brings support for OpenGL ES 3.0. The A7 works well with the M7 motion co-processor and because it works externally from the A7, it works more efficiently and can be adjusted in the future based on the Core Motion API.

With all of that being packed into the new iPhone 5S many would be asking what else the phone and software can do, but this is not all. New LTE support is also available inside the iPhone 5S and is the first time the hardware has been updated since being introduced by Apple with the iPhone 5. The iPhone 5 came with support for 4G LTE networks as well as DC-HSDPA providing downloads up to 42Mbps on most carriers in the United States. The new iPhone 5S offers more LTE support via the Qualcomm MDM9615M Baseband Processor and has been paired with the WRT1605L receiver. This adds support for more networks including China’s TDD-LTE used there, in Australia, the Middle East and other places.

Both the iPhone 5S and the iPhone 5C have the same hardware and now support the same LTE bands throughout the world. Apple also supports “wideband voice” which uses more wireless cellular bandwidth and can deliver calls that are higher in quality, however, that technology is only available on some mobile carriers. VoIP technology is also included in the new hardware, but mobile carriers are slow to adapt to supporting the technology right now.