Trending
You are at:Home»Apple»iPhone 5S announced – the new flagship device from Apple is almost here
By Gadgetman on Sep 10, 2013 · Apple 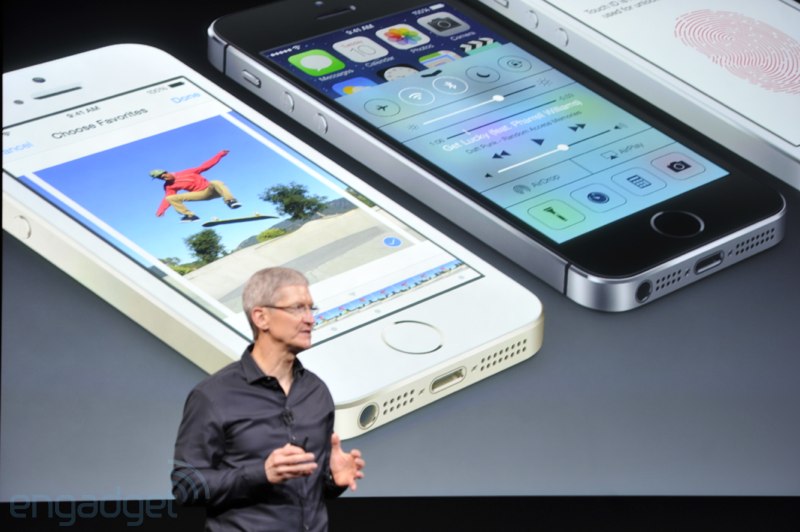 Only a few moments ago Tim Cook announced the iPhone 5S, which is the second of two highly-anticipated smartphones announced today. It will arrive in three colors: black, silver and gold, expectedly crafted in high-grade aluminum. The iPhone 5S will get twice as fast powerful 64-bit A7 CPU and 10 hours 3G talk time or LTE browsing. Also, the camera sensor is 15% larger than previous model has.

The iPhone 5S is available for pre-order starting from September the 13-th. It’ll start arriving to the Apple stores on the 20th in the US, Australia, Canada, China, France, Germany, Japan, Singapore and the UK.