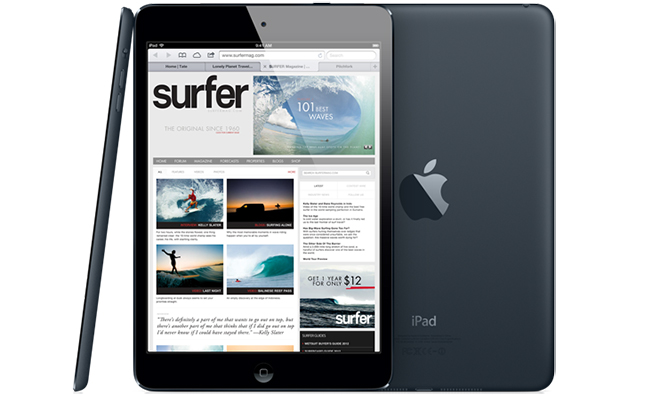 Two new tablets that Apple is going to bring to the market have not even been showcased yet, but already there is at least one carrier that is getting ready to offer them with data connectivity. According to the CEO of T-Mobile, John Legere, the company is very excited to finally see the release of the new iPad models coming up on the 22nd of October. That might not be an exact confirmation, but it sure gives plenty of reasons to assume the mobile carrier will be offering the high end tablet as soon as it possibly can.

Apple did finally confirm the iPad press event that is scheduled for the 22nd and there consumers will get a firsthand look at what is expected to be a new iPad 5 and the second generation iPad Mini 2, which is going to replace the very popular original iPad Mini that was released last year. T-Mobile launched the iPhone 5, iPhone 5S and the iPhone 5C this year already, so it would only be the perfect ending to the year if they can launch the two new iPad models as well.

AT&T, Sprint and Verizon Wireless will certainly be carrying the high end devices when they are finally released, so it looks like T-Mobile is finally catching up with the other carriers in the United States. The new iPad models are expected to bring enhancements including the Retina display for the iPad Mini 2, improved camera and software for it, plus a better processor. The iPad 5 is reportedly going to be lighter and thinner than previous models and take on a design stolen right from its little brother, the iPad Mini. The new iOS 7 software is also expected to arrive with the new tablets.

New camera technology and software is expected as well and that should add some very nice incentive to buy the new tablets since just about everyone is taking pictures, editing them and sharing them while on the go. T-Mobile is still working on expanding its 4G LTE network and is actually making good strides towards the end of this year. Even though the company started behind, AT&T, Verizon Wireless and Sprint, it is catching up very nicely.