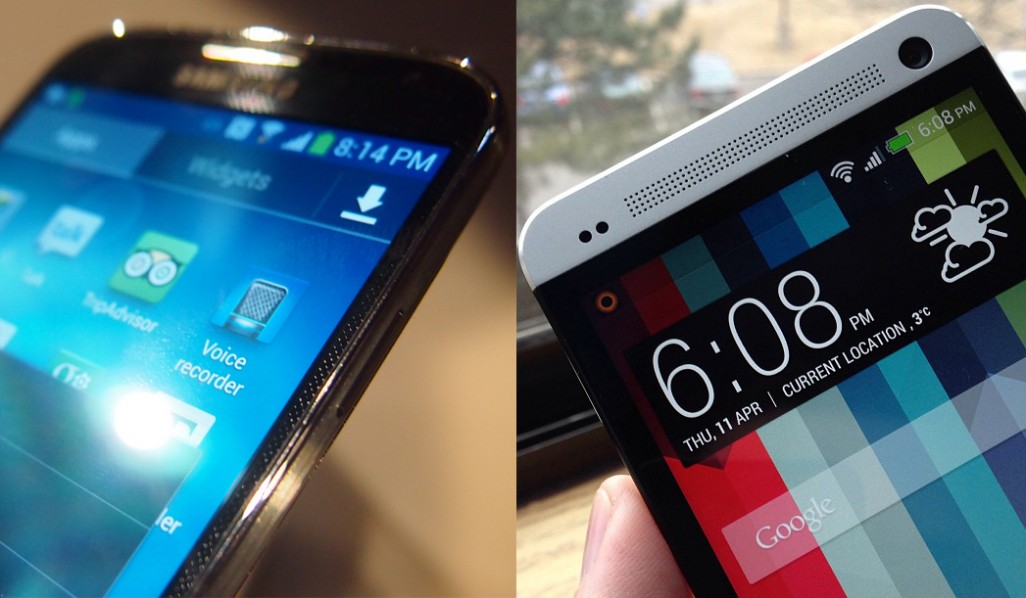 Samsung’s Galaxy S4 and HTC’s One are currently the hottest smartphones on the market – they’ve got everything a user will ever need, from a great design to powerful internal hardware and good software. But the latter just isn’t good enough for Android developers and purists who want a true Android experience instead of the customized interface and apps that both companies offer on their phones.

This is why both Samsung and HTC have released a special Google Play Edition of their flagship phones – let’s take a quick look at both and see what sets them apart from the originals and whether they’re worth a look from a potential buyer.

Surprisingly, both Samsung and HTC decided to leave the exterior of their special edition phones untouched – there is no way to tell the Google Play Edition S4 and One from the original models just by looking at them. Both devices have the exact same exterior design, look and feel as the originals, except they only come in white – which is a bummer if you wanted a different color for your phone (and really, white is the least favorite color for the S4 according to various polls). The HTC One is better in this regard as it has aluminum covering the outside.

Continuing the trend, the physical insides of the Galaxy S4 and HTC One Google Play Edition also mirror those of the originals, with a few rather weird exceptions like the inactive infrared transmitter on the Galaxy S4 GPE and the lack of a 64 GB version of the HTC One GPE, which is quite important seeing as there is no micro SD card slot on the One.

The devices have the same displays, a 5.0 inch S-AMOLED on the S4 GPE and a 4.7 inch S-LCD3 on the One GPE, both using the same Full HD resolution that provides a very sharp image, although the Galaxy S4’s AMOLED panel has more vivid colors and better contrast.

The power plant is the same on both phones – the midrange Qualcomm Snapdragon 600 provides great performance while being very power efficient. The Galaxy S4 runs a bit faster at 1.9 GHz (which also makes it hotter), while the HTC One is limited to 1.7 GHz. Still, with the Adreno 320 and 2048 MB of RAM, both phones will run any apps and games without a hitch. The other specs remain the same – including the unique 4 Ultrapixels main camera and Miracast support on the HTC One (the Galaxy S4 uses a 13 Megapixels unit and has only DLNA support).

Due to the lack of extra software, both devices have quite a lot of extra space compared to their Touch Wiz and HTC Sense bearing counterparts, and they perform better in benchmarks – marginally so, but it’s still nice to see higher numbers. Battery life will likely be slightly longer due to the lack of several background apps, as well – the batteries themselves are the same, a removable 2600 mAh unit on the Galaxy S4 GPE and a non-removable 2300 mAh unit on the HTC One GPE.

The software is what makes up the difference between the original and the Google Play Edition Galaxy S4 and HTC One – the latter run a standard installation of Android that is unencumbered by any extra software and skin customizations, leaving everything to the user in that regard.

That’s a good thing if you want to get the most performance out of your phone or you simply don’t like Samsung’s or HTC’s custom skins (I’ll admit, HTC Sense 5.0 is just too simplistic and different than the previous versions), but it also means you lose custom apps like Samsung’s S-Voice and other S-apps and HTC’s Blinkfeed and Zoe (all of which are easily replaceable with third party apps, however).

The stock Android might look spartan at first, but it’s actually quite powerful in its own right – most of the features you find on these smartphones are native to Android, after all. Plus, you are free to customize the interface and app selection however you see fit, there being hundreds of thousands of great apps on the Google Play store, as well as third party apps on websites like XDA developers.

Needless to say, both the Samsung Galaxy S4 and HTC One Google Play Edition are open to new ROMs – you can easily flash your own whenever you want. However, the same applies to the originals, meaning you can get any custom ROM (including a default Android installation) on them relatively easy, which makes buying the Google Play Edition devices a moot point if you’re tech-savvy enough.

The HTC One and Samsung Galaxy S4 Google Play Edition were released earlier this summer and you can find them on sale in stores and online SIM-unlocked and without a contract – the price is $600 for the base model of both phones, which is on par with the competition and it makes the choice between them kind of hard – since most of the specs are similar, the decision should mostly be based on whether you like one design or the other. But if you don’t care for the stock Android installation or the ability to use the phone on any carrier, the subsidized original models are just as good a choice as the Google Play Edition.