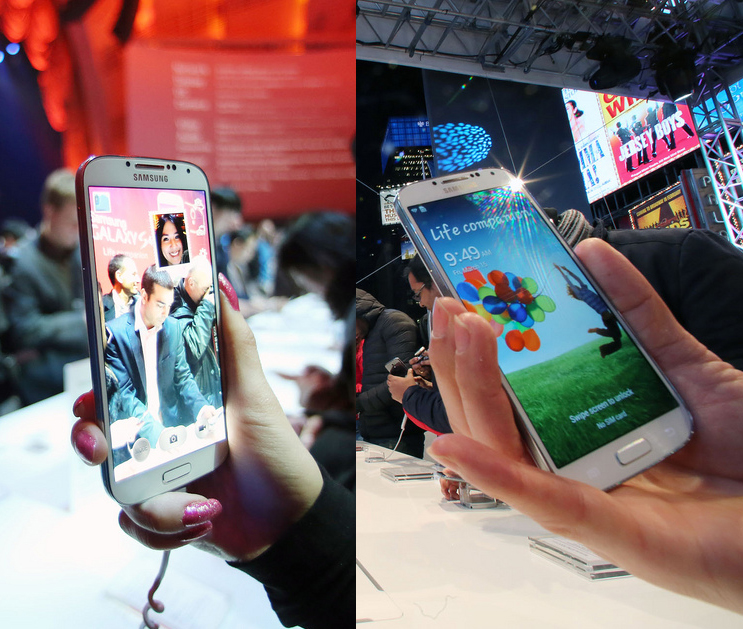 The iPhone 5 may be the best selling smartphone in 2013, but the Galaxy S4 comes in a close second and is much more advanced, both hardware and software wise. Still, the iPhone 5 proves that hardware isn’t everything a buyer thinks of, even though Android Jelly Bean is a much more functional OS.

One other fault with the Galaxy S4 is that it’s big – even with the thin bezel, the 5.0 inch display is simply too large for most people. I personally love it, but most of my non-techy friends’ first reaction was “OMG, your phone is so huge!”, and with most high end devices going bigger, they’ve almost got no choice but the iPhone.

Fortunately, Samsung remembered that the average person also wants to be a smartphone owner without having to genetically modify their hands, and so they just released the Galaxy S4 mini, which brings together the S4 design, great internal hardware and kickass software in a phone that’s barely larger than the iPhone 5 – the perfect phone for the average person who still wants the best Android has to offer.

The name Galaxy S4 mini reflects the phone’s design perfectly – it’s a shrunk down version of the S4 and it fits perfectly in your hand. The whole device is just 0.8mm longer, 2.7mm wider and 1.3mm thicker than the iPhone 5 – if you’ve ever held it in your hand, you know how the S4 mini feels. It’s also feather light at 107 grams, although that’s possible because of the plastic shell, which is sturdy but does not feel as good as aluminum. 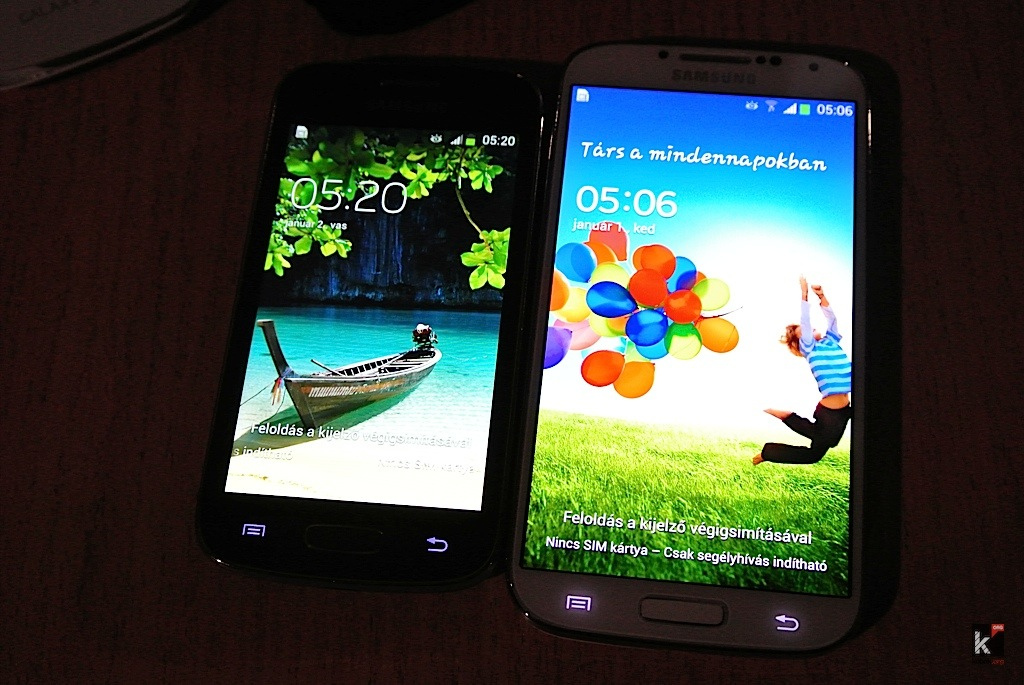 The size and weight are actually quite an achievement for this phone – thanks to the ultra slim bezel, the Galaxy S4 mini fits a 4.3 inch display inside its housing, giving you the most screen space possible on any smartphone of this size, and at 107 grams, you may even forget it’s in your pocket sometimes.

The Galaxy S4 mini’s internal hardware has also been shrunk down, and not in the physical sense. The 4.3 inch display has a 960×540 resolution, which is half of what the S4 has to offer. It would’ve been really nice if they used a 1280×720 panel, but at least it’s still a Super AMOLED screen with great colors, contrast and viewing angles, as well as power efficiency.

The performance technically suffered a downgrade, but you really won’t notice it in any day to day apps, unless you edit video and audio on your phone. The S4 mini uses the lower end (but also low power!) Qualcomm Snapdragon 400 chip, which has a dual core processor running at 1.7 GHz, 1.5 GB of RAM and the Adreno 305 GPU – it is definitely snappy, and much less battery hungry than the S4’s quad core, so it’s a good choice for this phone in my opinion.

The Galaxy S4 mini only has 8 GB of internal storage (even worse, only 5 GB are available to the user), however it still retains the micro SD card slot, which supports 64 GB microSDXC cards, so there shouldn’t be any shortage of space anytime soon. The main camera is another notable downgrade – the S4 mini has an 8 MP shooter instead of a 13 MP, although the front facing camera is still a 2 MP unit with support for HD video recording.

Connectivity has also been downshifted – notable is the lack of HDMI out functionality, as well as the split of HSPA+ and 4G LTE radios among two models instead of having it all in one. The other specs are similar to the Galaxy S4: Wifi N, Bluetooth 4.0, GPS/GLONASS, NFC, an infrared transmitter and the normal selection of sensors. The battery is a rather small 1900 mAh unit, which is still removable and should last up to 12 hours of continuous use.

Just like every other Samsung smartphone released this year, the Galaxy S4 mini comes with Android 4.2.2 Jelly Bean and the company’s own Touch Wiz UI on top. It also has almost all the widgets apps that come standard with Touch Wiz and of course, Android itself. That includes S Voice, S Translator, WatchON (the remote control app), and others. Strangely absent are the unique Air Gestures and Smart Pause/Scroll functions, but they can be installed from third party sources.

For those of you who are wondering about the device’s lifetime – don’t worry, the S4 mini can be rooted and you can flash custom ROMs whenever you want. This also means overclocking, undervolting and the latest Android version for years to come.

The Samsung Galaxy S4 mini was just released last month and has made its way to Europe, North America and Asian countries – pretty much all the major markets. The $459 (unlocked, no contract) price seems pretty high – that’s about the same as the Galaxy S3 (which features similar hardware specs), but I guess that’s the price you pay for the small size/weight and S4 moniker.

Still, the price is a lot lower than the original Galaxy S4 and on the same level as the iPhone 5, which is the Galaxy S4 mini’s main competitor – and it’s a great alternative to it, in my opinion.