Trending
You are at:Home»Featured»Samsung Galaxy S4 LTE-Advanced – the refreshed S4 is pushing the limits on both data and processing speed
By Gadgetman on Aug 15, 2013 · Featured, Smartphone Reviews

The Galaxy S4 hit the market to big fanfare just a while ago, but Samsung isn’t wasting any time – they have already begun working on the Galaxy S5, which will be a whole new beast, with an all new design and several special features under the hood. In the meantime, the company is churning out mini and maxi versions (i.e. the mini and Mega devices) of the S4 like there’s no tomorrow. 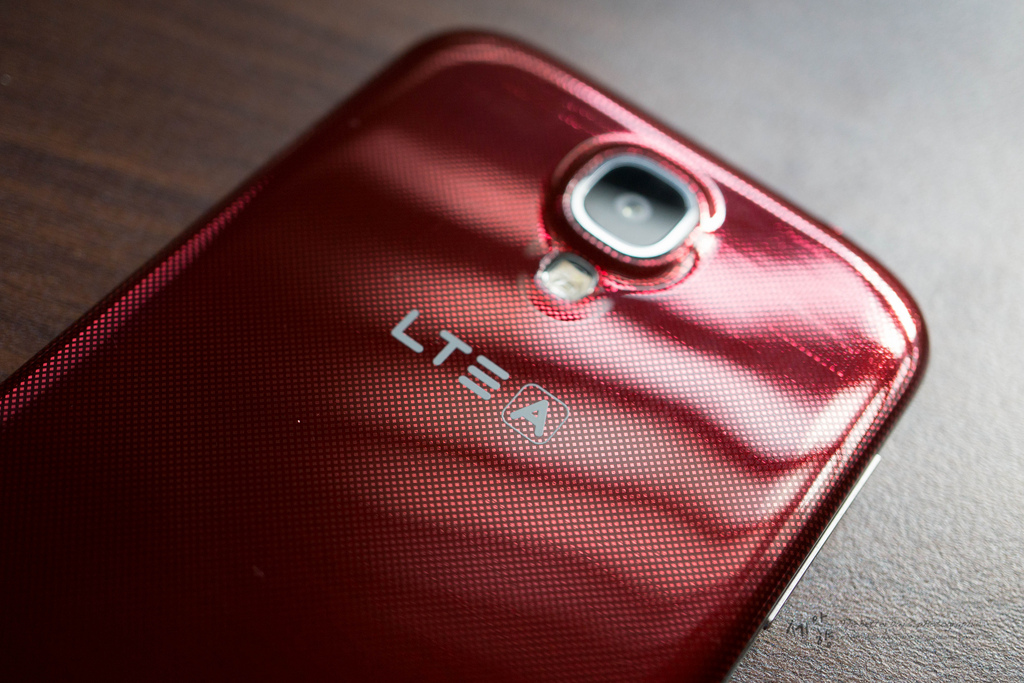 As for the flagship itself, it has already gotten a successor – sort of. Samsung has released a refreshed Galaxy S4, which now brings support for 4G LTE Advanced – a feature quite ahead of its time for most of the world, but if that’s not enough, you also get the most powerful processor yet on a smartphone. Do these two features make the Galaxy S4 LTE-Advanced worth a look?

There really isn’t much to be said about the design that hasn’t already been said in our Galaxy S4 review. The LTE-A version looks and feels exactly like its slightly older counterpart, which is rather impressive given what’s hiding under the hood. Everything from the front to back remains pretty much the same, down to the sensor and camera location, and the phone will come in white, blue, red (too bad there isn’t a special mash up red/white/blue version for the US – in fact, there is no US version at all).

The hardware part of the Samsung Galaxy S4 LTE Advanced is also pretty much the same as the original S4. The new phone has the same 5.0 inch Super AMOLED display with a 1920×1080 pixel resolution, 13 Megapixel camera on the back and 2.0 Megapixel shooter on the front and 2600 mAh battery. 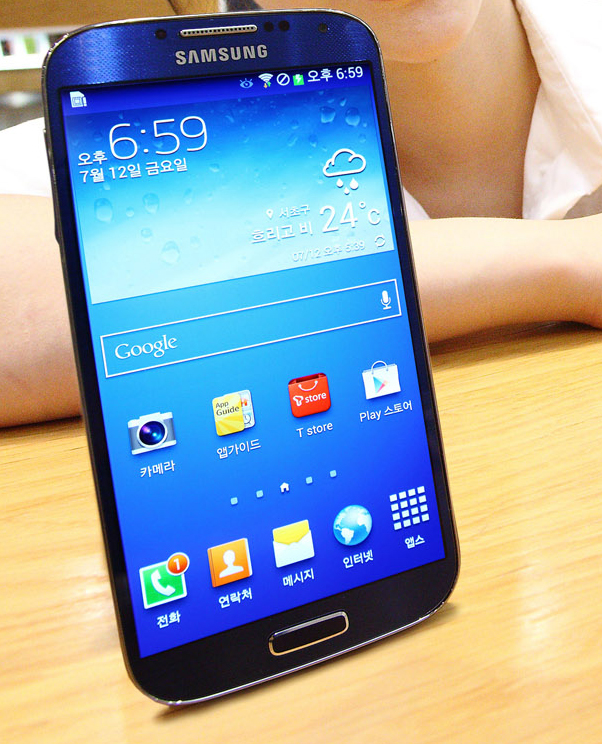 The slew of sensors and the connectivity features remain the same, as well: the Galaxy S4 LTE-Advanced has Wifi AC, Bluetooth 4.0, GPS/GLONASS, a micro USB port with MHL support, NFC, an infrared port, Miracast, HSPA+ 3G with up to 42/5.76 Mbps and the phone has only one version (for now) with 32 GB of onboard storage space + a micro SD card slot for expansion.

The difference between the original S4 and the S4 LTE-A, as I mentioned above, is in the new Qualcomm Snapdragon 800 chipset and 4G LTE-A support. The Snapdragon 800 is a beast when it comes to performance, and right now it’s the fastest ARM chip available for tablets and smartphones. On the S4 LTE-A, the four processor cores run at 2.3 GHz, and are aided by the new Adreno 330 GPU and 2048 MB of RAM. Needless to say, the phone breaks any benchmark records, including that of the more unique Octa-core Exynos from Samsung. 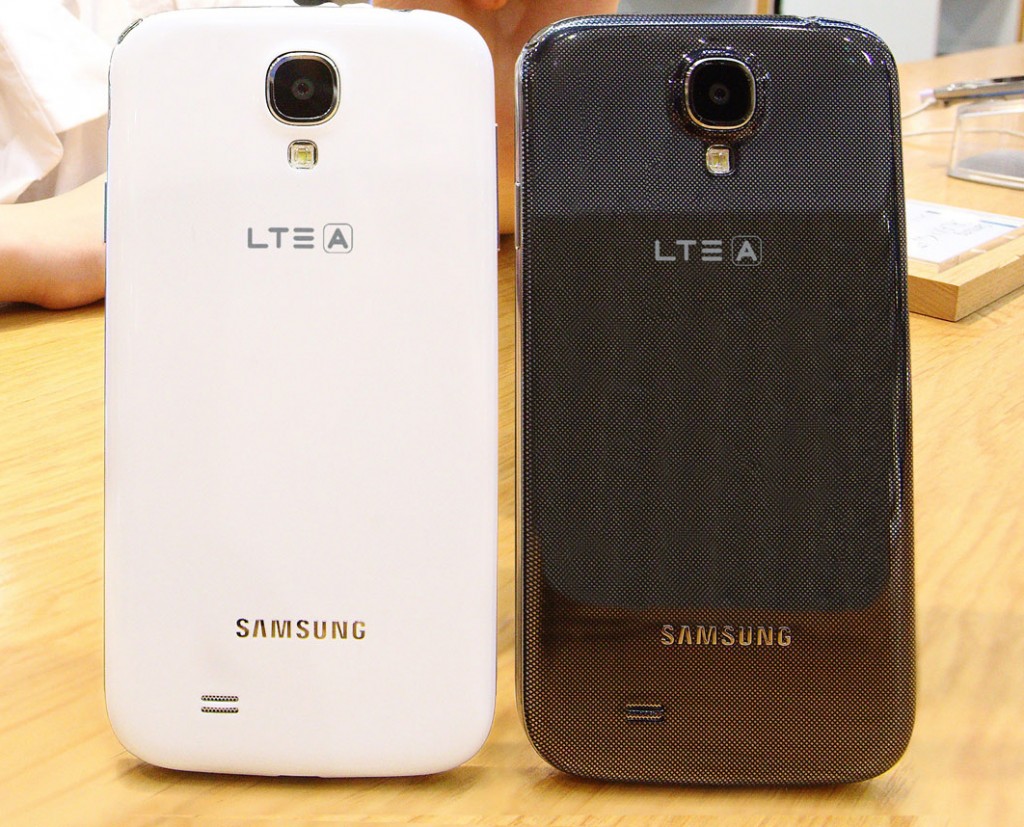 The 4G LTE-Advanced radio allows the phone to download data at up to 150 Mbps and upload at up to 75 Mbps – sadly, that is still a far off dream for most of the US and Europe, which have barely started implementing the first generation of LTE. This is also why Samsung remains silent on whether the S4 LTE-A will come out in the West or not – on one hand, there’s really no point, on the other hand, people would love to get the new processor and have some future proof by getting the LTE-A version instead of the original S4.

The updated Galaxy S4 LTE-A has the same software as the original – everything from Android 4.2.2 to the latest version of Touch Wiz and all of its unique widgets, apps and features are present and accounted for. There’s not much that can be said about the software part, except maybe that the ability to overclock the Snapdragon 800 is really attractive to modders and developers, most of whom are wondering how far it can be pushed.

The Samsung Galaxy S4 LTE-A has launched in South Korea last week and it has already sold over 150,000 units – pretty interesting considering it’s only available on SK Telecom. SK Telecom and LG Uplus are the only networks to have LTE-A up and running, by the way. The S4 LTE-A costs $800 without a contract, which is more than the original S4, but it could be worth it if you value your Internet speed.