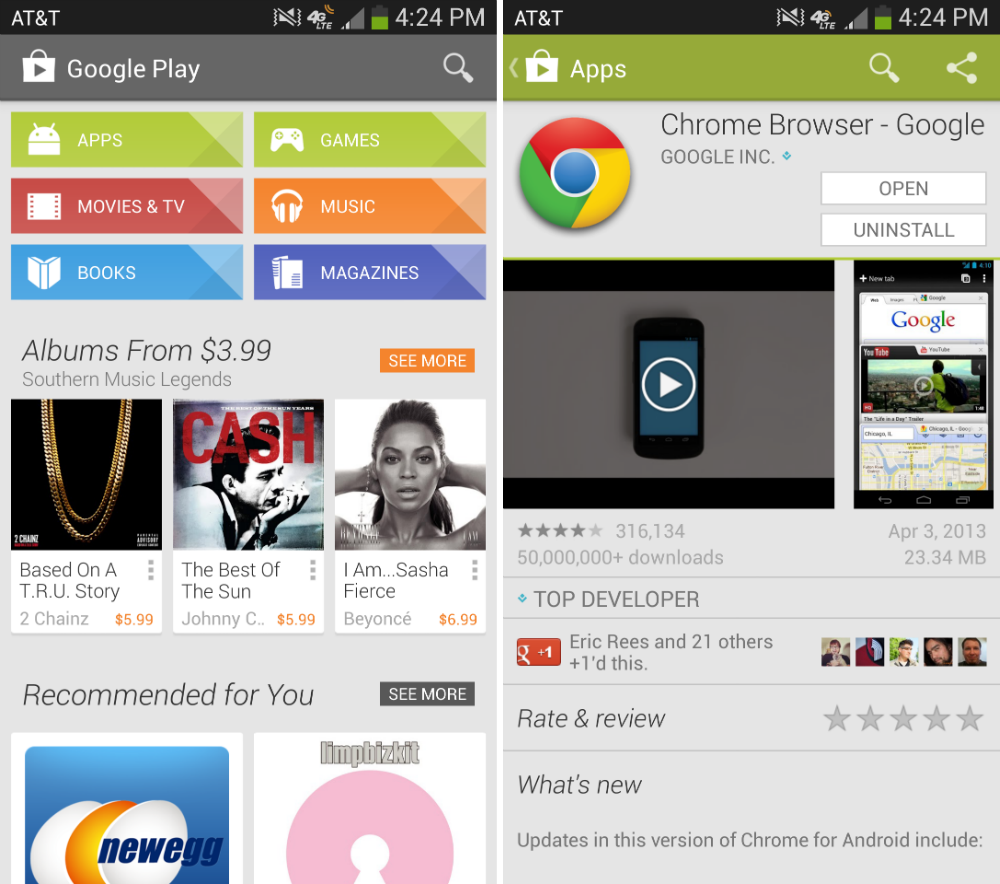 A new Google Play update has recently been made available to download online as an Android .APK file, and will allow users to get the latest version of the new Google Play before it is pushed to all devices automatically.

This optional new Google Play update brings a few new fixes and a new feature to the Android app store. The only noticeable feature found so far is the new slide-out navigation menu that allows easier navigation on touch devices.

This new slide out navigation menu should also make it easier for users of the Google Play service to manage their content and profile settings on the app.

Other than that though, most of the changes have probably been done under the hood, and it’s unlikely to change the average user experience.
Google Play has undergone many changes since its first launch, and it has changed appearance many times.

However, it seems Google are quite happy with their Android appstore at this point, and the new Google Play update and any other updates in the future will most likely be small changes and additions instead of completely reworked user interface designs.

The original download link comes straight from Android Police and includes a digital certification seal to confirm the .APK file is genuine and has not been tampered with since. If you still don’t trust external .APK links from outside the Google Play store, you won’t be missing out on much if you instead wait for the official roll out release.

This new update may pave way for the upcoming Google event that seems to be directly about Google Play and its recent transition from an app market to an all-round mobile media and entertainment marketplace.