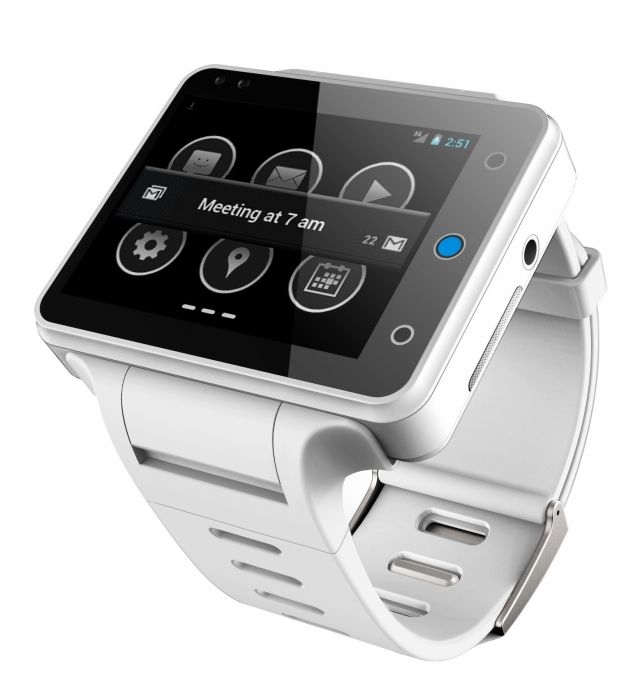 Kickstarter has done wonders for budding developers and manufacturers that have wanted to taste a piece of the Android pie, and since Kickstarter’s debut, some of the most popular funded projects have been related to Android.

For example, we’ve had OUYA, the Android powered mini console that received a huge amount of funding, and Pressy, the extra Android hardware button that could allow Android users to add an extra physical button to their device.

Now, a new device is walking the Android Kickstarter catwalk, and amazingly it has reached it’s goal within under 24 hours.

The new Neptune Pine is a smartwatch that offers a lot more than both Samsung’s and Sony’s current smartwatches, and also allows users to use it as a standalone device, separate from a user’s smartphone.

Despite the release of the Galaxy Gear and the Sony Smartwatch, the demand and appeal for a decent standalone smartwatch like the Neptune Pine isn’t documented, but this Kickstarter campaign may just prove that there is an audience for such a device.

At the time of writing, the Neptune Pine Kickstarter campaign has received $195k CAD, almost twice that of it’s $100k goal.

A video has also been released along with the Neptune Pine kickstarter campaign that shows the Neptune Pine off in all it’s glory, and admittedly, it does like quite chunky, but considering it has a VGA camera, LED flash, a dual core Snapdragon S4 Pro processor, and other components like an accelerometer and a GPS, it is understandable.

One of the greatest things about Neptune Pine though is that unlike other smartwatches, it acts and behaves just like a smartphone- you’ll be able to use all of the apps from the Google Play store, browse the internet, call friends, text friends and even do video calls right from the watch itself without it being connected to any other devices.

With 30 days left to go, it will be interesting to see how big the Neptune Pine blows up. You can check out details on the smartwatch and what it’s capable of in the source link below.