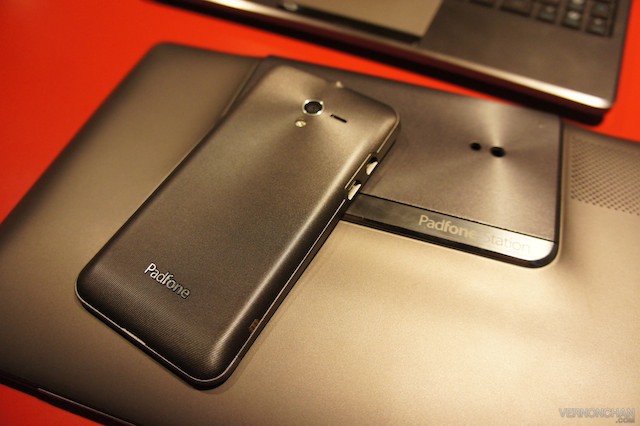 Instead of manufacturing the standard lineup of flagship, mini and phablet devices, ASUS has decided to go with a different approach and has since been offering many different ‘transformable’ devices that bridge the gaps between the various niches within the smartphone industry.

The newest range of devices by ASUS that share the transforming quality is the PadFone range – a bunch of smartphone devices that can dock into a tablet dock and then be used as a large screen tablet.

Since the first PadFone was announced, many reiterations have hit the market, however it’s only till now that ASUS has decided to go full force with the fairly new PadFone line.

On top of the recently revealed PadFone mini that comes with a smartphone and a 7 inch tablet dock, new AnTuTu benchmarks show what looks to be an even new PadFone device that will make it’s way to the very high end level of the market.

The new device has been named the PadFone X, and the benchmark results are looking quite promising.

According to the benchmarks, the new PadFone X will come equipped with a 2.3GHz quad core Snapdragon processor, an Adreno 300 GPU, a 1920×1200 resolution display and 2GB of RAM. 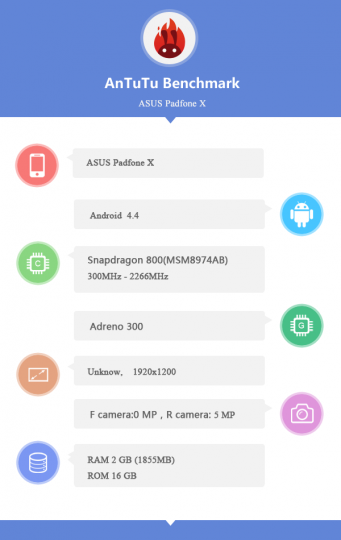 This seems to be an upgrade from the previous version but two things seem to be slightly strange about these specs. Firstly, the aspect ratio on the resolution is a bit odd, putting it slightly above 1080P quality, and now information has been given on the actual screen size, and whether this information is for the tablet display or the smartphone display.

Secondly, the Asus PadFone X has been given the Adreno 300, a GPU that is far weaker than the Adreno 330 found in most high end devices this year.

So far details are pretty slim, but we’ll keep you updated as always.