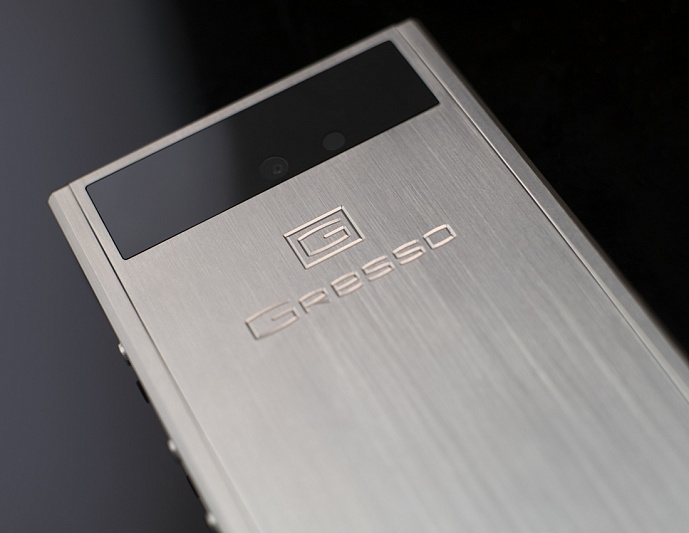 Using your smartphone as a status icon is something of a questionable action, however if you feel your Apple iPhone isn’t enough to boast your fanciness, and would prefer something among the lines of an expensive Audi in smartphone form, you may want to check the ridiculously expensive Gresso phone out.

There have been a bunch of “luxury” handsets hit the market recently, and although details haven’t been given on how well these kind of devices sell, plenty of manufacturers are churning out more luxury phones, so they must be selling to some kind of audience.

The newest in this market is the Gresso phone – this device is a limited edition smartphone ran on the Android operating system and coated in a extremely durable titanium chassis. Gresso is known for it’s luxurious devices, but this is the first time such a device by Gresso has hit the smartphone market.

The price of the Gresso phone comes in at $1800 for the standard version, and $2300 for the same version with an included logo plate made of white or gold 18k gold.

If you have this much money to throw at such a device, feel free to- at the end of the day it does look pretty cool, and you shouldn’t need to worry about breaking it should it fall out of your hands. In my opinion though, Gresso has failed to make a worthwhile luxury handset because of one reason – it’s inner hardware.

It’s all well that the device is made out of pure titanium, but the fact that it is powered by a tacky 512MB of RAM and an un-named quad core processor. On top of this the phone is only running Android 4.1.2, and it has a very poor 4.5 inch 960×540 resolution display.

A tip for budding overpriced smartphone manufacturers – if you’re going to make a luxury handset, at least pack it with decent hardware – the Gresso phone does not have decent hardware, and if you buy it, you may as well hang it on your wall and leave it there because at this point in time, it’s performance really won’t feel luxurious at all.