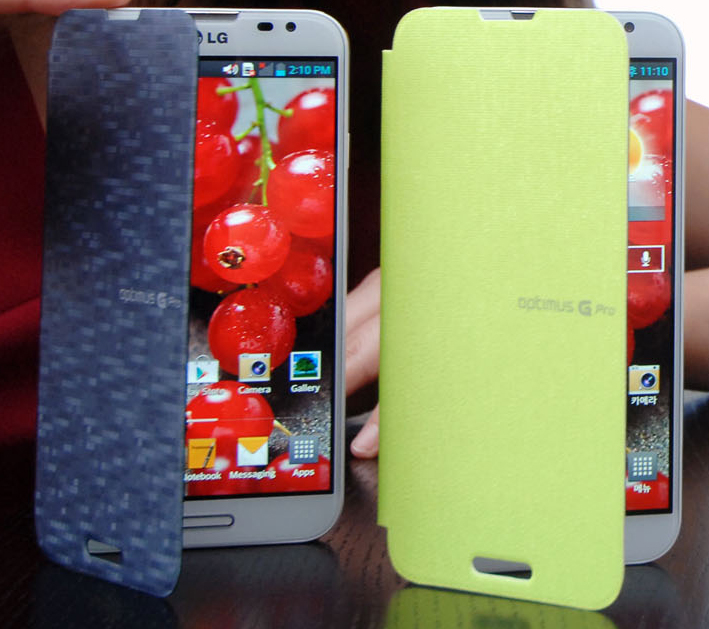 It seems as if LG has only really got themselves back into the smartphone game over the last couple of years, and because of their reasonable success last year, a lot more attention is being given to LG’s antics this year round. This generally means we’re going to be hearing a lot more about the manufacturer and their planned devices before their actual release, and one of these devices is the LG G Pro 2.

According to ET News, a Korean based news outlet, the LG G Pro 2 may have decent enough hardware to put up a fight against the upcoming Galaxy S5 and any other challenging flagships, such as the new HTC M8, or HTC One 2.

At this point in time it’s hard to predict, but if the LG G Pro 2 comes with the full HD display, it’s likely to be paired with the Snapdragon 800 processor. If the display on the LG G Pro 2 ends up being the QHD one, then it would make more sense for Qualcomm’s power efficient and Quad-HD friendly Snapdragon 805 to be powering the new LG device.

I personally think the device will come with a lower resolution display, whilst later in the year, the LG G3 will release with more updated hardware, and could possibly come packed with LG’s homegrown octa-core processor.

However, at this point in time, it’s best to take any LG rumors you hear with a grain of salt, as there hasn’t been much evidence to support any rumors for upcoming devices, and no real rumors from any trusted sources.