Trending
You are at:Home»Gadget News»Report of Samsung’s Profit Declining for the First Time in 9 Months has been Released
By Gadgetman on Jan 8, 2014 · Gadget News 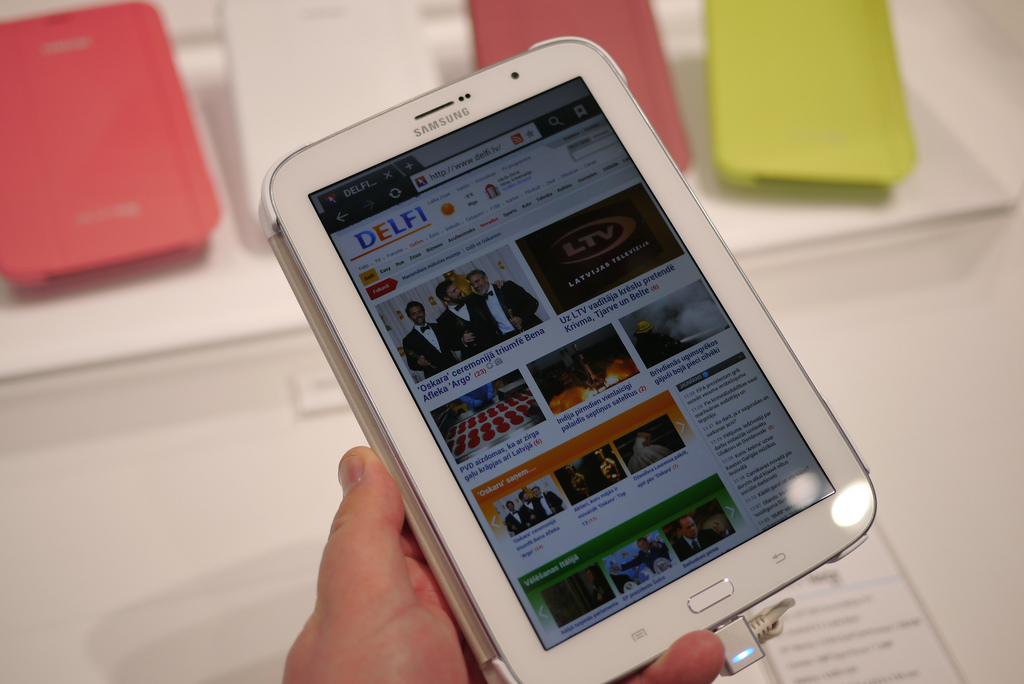 Samsung has been given the smartphone crown, at least for the time being, but it looks that despite having some of the top selling smartphones and consumer electronics for the last few years, not everybody can stay floating at the top for ever.

That’s not to say Samsung still aren’t at the top, but instead that they may have to put a little more effort in to keep the number one spot, especially in the smartphone market.

The reasoning behind this is that Samsung has revealed today that Q4 of 2013 has ended with a decline in Samsung’s profit. Despite major analysts saying otherwise, the decline in Samsung’s profit has been attributed to a few reasons, but mainly due to slower sales of smartphones this year, and a huge bonus paid to employees at the end of the year.

Samsung’s profit for Q4 2013 comes in at $7.8 billion, which although still a pretty hefty amount, comes in 18% less than the quarter before it, and eight percent less than last year’s Q4.

Like mentioned above, one cause of this is due to the slowing of sales in the mobile industry, and despite sales being up, the quarter and quarter growth has been the slowest it has even been since Q3 2011 because of the slowing in mobile sales.

Samsung are still selling a huge amount of smartphones, though, and the slowing in sales is only one piece of the story. To celebrate the 20th anniversary of Samsung’s New Management Initiative that has helped the company to leap ahead of it’s competitors, Samsung paid out a huge $657 million worth of employee bonuses at the end of last year, and it’s safe to say that this probably caused a huge ripple in Samsung’s profit.

Samsung is still very well-off in their position, and the $7.8 billion profit in Q4 is still exceptionally large. It will be interesting to see how Samsung will fair this year.