Trending
You are at:Home»Gadget News»Will the Galaxy NX Mini Become a Thing at CES 2014?
By Ollie Green on Jan 4, 2014 · Gadget News 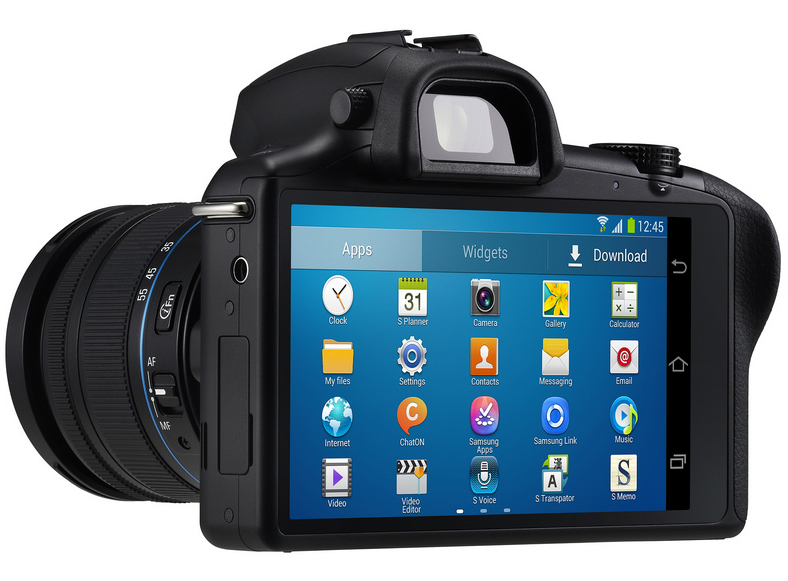 The smartphone industry is slaughtering the space for real photography equipment and cameras, and whilst the professional will value their current camera over anything that’s available in the smartphone market right now, the average entry level photographer is starting to see value in the camera performance in their smartphones, and it’s really changed things up for the amateur and casual photography market.

Samsung decided to wreak even more havoc last year by releasing a range of different smartphone OS based cameras, and whilst strictly speaking, they are still smartphones, with data connectivity and other smartphone functionality, it’s created a strange market and an even stranger brand line for Samsung.

Samsung may be planning to beef up this particular line this year, and rumors seem to suggest that a new Galaxy NX Mini will make appearances at CES 2014 later this month.

A patent has recently appeared for the Galaxy NX Mini, and with CES 2014 around the corner, it seems like a perfect place to try and gain some attention for their new mini snapper.

No details on hardware and pricing have been given at this point, and the fact that the patent for the Galaxy NX Mini was only claimed by Samsung this year suggests that even if the device is shown off at CES 2014, it’s unlikely to be available till much later on in the year.

Like other mini variants in Samsung’s range of Galaxy devices, it’s more than likely that the Galaxy NX Mini will have a cheaper price tag in exchange for less hardware capabilities in the device.

Whether this will mean that the Galaxy NX Mini will come equipped with a less impressive camera, or whether it will have less processing power or memory is yet to be seen, but hopefully we’ll learn more about it at CES 2014 next week.