Trending
You are at:Home»Camera Reviews»Samsung Galaxy S4 zoom – the closest thing yet to a true hybrid camera phone
By Gadgetman on Aug 31, 2013 · Camera Reviews 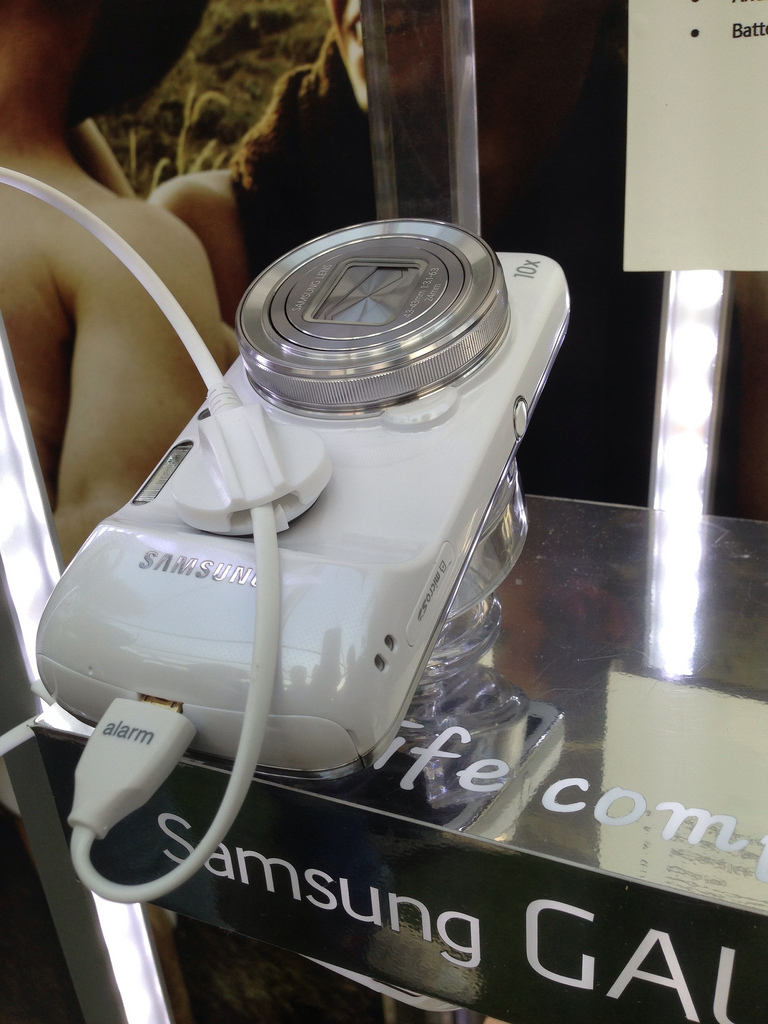 Samsung is always cooking up something unconventional in their Research and Development department, and the strategy has served them well for the past couple of years – they have become the number one Android device manufacturer, and the Galaxy S series of smartphones are pretty much associated with Google’s OS (you hear “Android phone”, you think “oh, the Samsung Galaxy” and vice versa).

Along with pushing for larger smartphones, smaller phones with huge screens, tablets with integrated phone functionality, Samsung is also testing the waters with digital camera phones – i.e. devices that are basically a combination of a great compact camera AND a smartphone. Last year they released the Galaxy Camera – a camera that runs on Android, takes pictures comparable to any other compact point and shoot and has 3G/4G/Wifi functionality (there’s also a Wifi-only version).

This year, probably after seeing that Nokia are serious about their PureView technology, they’re taking it a bit further with the Galaxy S4 Zoom – a smartphone that is also a point and shoot camera, which is great at both tasks at once. Let’s take a closer look and see if this can ever take off. 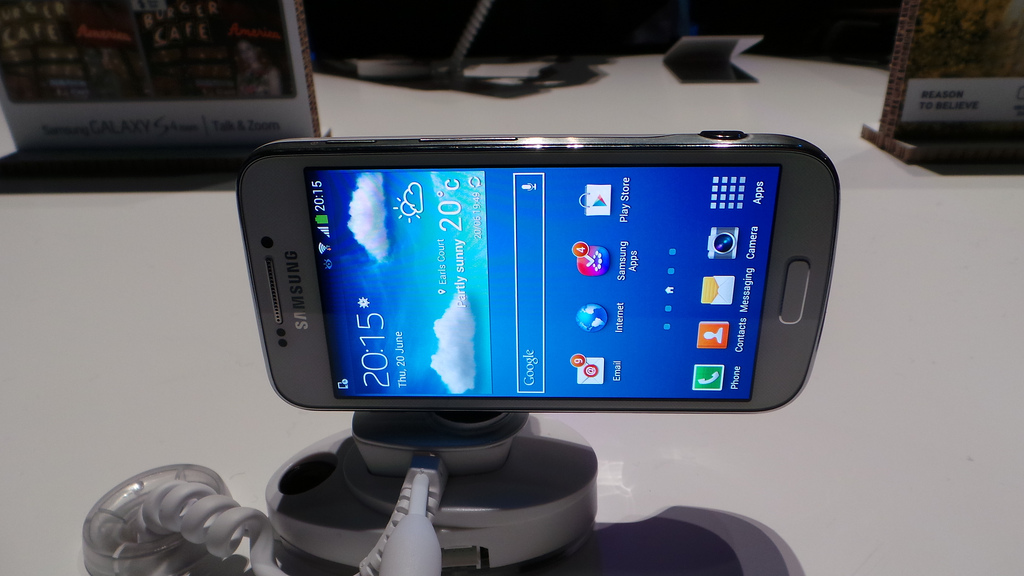 The whole cameraphone is pretty sturdy, more so than the normal Galaxy S4, and although it feels heavy (at 208 grams) and rather weird in your hand because of the lens housing, it’s small enough to be used comfortably as a normal smartphone, while still giving you the ability to take good quality shots and video whenever you need. Compared to the Galaxy Camera, the Galaxy S4 zoom is thinner (only 15.4mm as opposed to 19.1mm) – it’s just as good as the first generation of Android phones (the G1 was 17mm thick, for example).

The hardware is the most important part of the Galaxy S4 zoom – not only does it have to be a good smartphone, but it must also be a great camera, otherwise what’s the point of it? Fortunately, the S4 zoom satisfies both needs rather well – it’s not the best point and shoot camera or the best smartphone, but it’s a good part of both.

Let’s start with the phone part. The display on the back is a 4.3 inch, 960×540 pixels Super AMOLED unit – the same one used on the Galaxy S4 mini. Some might say that Super AMOLED isn’t a good choice for a camera, but in this case it is – the colors are great (even if a bit saturated), and it saves a lot of energy compared to an IPS or TN LCD. After all, you’re not going to do any serious photo editing on your phone, will you?

The performance is provided by a “Pega-Dual” chip – a first for Samsung, who usually uses their own chips. I am assuming they chose this unknown chip because of the power consumption or some other good reasons. Regardless, it has a dual core Cortex-A9 processor running at 1.5 GHz, 1.5 GB of RAM and the Mali 400 GPU, and it’s paired with a separate Intel XMM6262 3G baseband (or the XMM7160 in the LTE model). 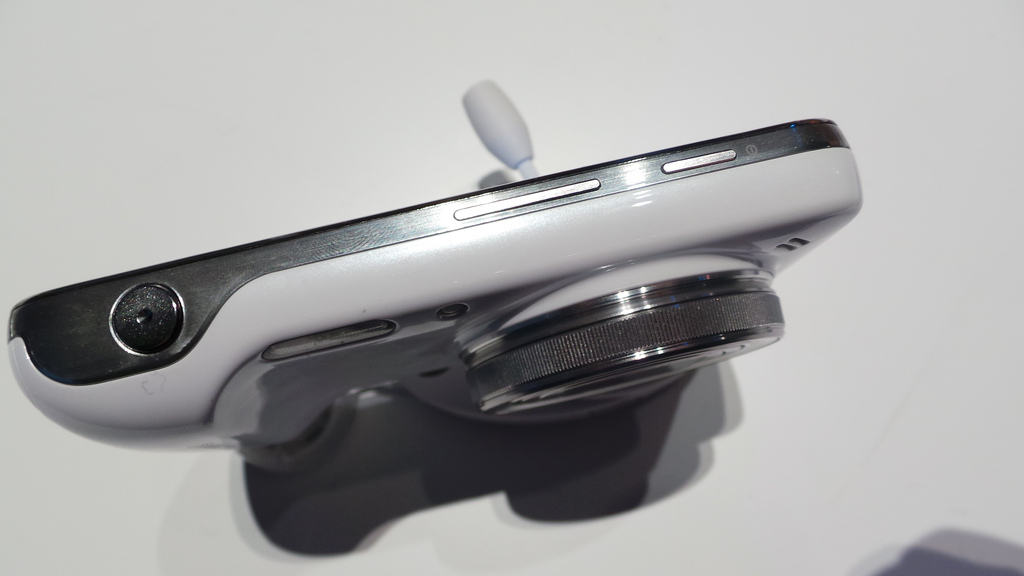 Storage space is rather important on a device that’s aimed at high quality photos and video on the go, and weirdly the Galaxy S4 zoom has only 8 GB of internal memory (with even less available to the user). I guess Samsung is counting on the users to buy their own micro SD cards – thankfully, the phone supports 64 GB micro SDXC cards, so in the end storage won’t be a problem.

Connectivity wise, the Galaxy S4 zoom has pretty much everything you’d expect from a smartphone: Wifi N, Bluetooth 4.0, HSPA+ 3G or 4G LTE (depending on market), micro USB, GPS/GLONASS and even NFC and infrared. Notably missing is the HDMI out capability, which would’ve been pretty useful on a digital camera that’s also a fully functional smartphone.

The phone has a rather large 2330 mAh battery that is supposed to last up to 10 hours (although I imagine that’s without the constant use of the xenon flash) – and it better do, since it’s non-removable. The S4 zoom is charged via a simple microUSB port, so you can always carry a portable charger – something that is not possible with normal cameras. 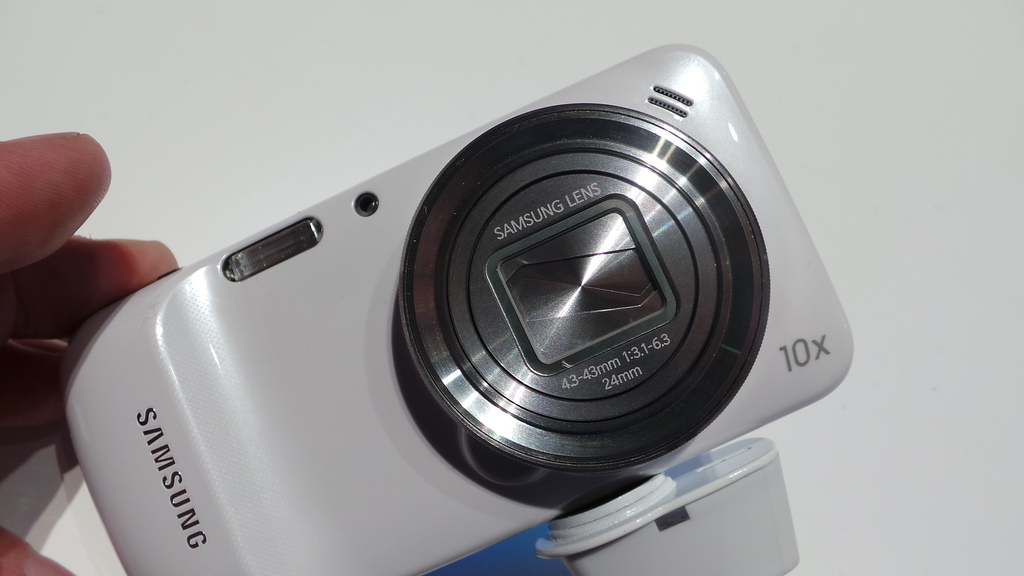 Now for the cameras – on the front, the Galaxy S4 zoom has a small 1.9 MP camera that supports HD video recording in 720p format, enough for high quality video chat. On the back, there’s the main camera with a zoom lens, which should provide enough features to consider the phone as a decent replacement to an actual digital camera. The features look good on paper – there’s a wide ISO range, 4 FPS burst mode, optical image stabilization, 10x optical zoom, F3.1-F6.3 aperture and of course the large size of the lens.

The only letdown is the most important thing – the sensor. In this case, it’s a 16 Megapixels, 1/2.3” CMOS sensor, which is larger than that of most phones but not as large as it could be give the overall phone size. For comparison, the Nokia PureView 808 has a 1/1.2” sensor, while the new Lumia 1020 has a 1/1.5” sensor – both are larger than what the Galaxy S4 zoom has and both have a much larger 41 Megapixels count.

However, the Galaxy S4 zoom has superior optics, which helps soak up more light for better shots and video. The picture quality should be comparable to that of the PureView 808, but it could’ve been so much better with a slightly larger sensor. The camera button is pretty comfortable, and the electronic zoom ring around the lens lets you easily zoom in or out or activate the camera with one twist.

The Galaxy S4 zoom has the same operating system and feature set as the rest of the S4 devices, however there are a few new additions for the camera. These include Samsung’s Smart Mode, Photo Suggest, Zoom Ring (for the aforementioned zoom ring), and other goodies. The Camera app now includes much more functionality of course, but if you don’t like it, there are plenty of alternatives on the Google Play market.

The Galaxy S4 zoom is not a phone for modders or developers to play with – I doubt the Pega-Dual chipset is easy to hack, and flashing ROMs will undoubtedly break the camera functionality. So the software is more closely tied to the hardware and needs to remain stock on the phone for the best experience.

The Samsung Galaxy S4 zoom has been released this month in several countries and it goes for around $500, depending on your location. The LTE model is yet to be released. For the price, you’re practically getting the best hybrid camera phone this side of the PureView 808, so it’s a good choice.

Even though the Lumia 1020 is already here, it has a smaller sensor than the PureView 808 and worse optics than the Galaxy S4 zoom, so at best it will have the same picture quality (but most likely it will be worse overall), and Windows Phone 8 isn’t the best platform, especially now that the Modern UI is more annoying (compared to Android) than innovative.