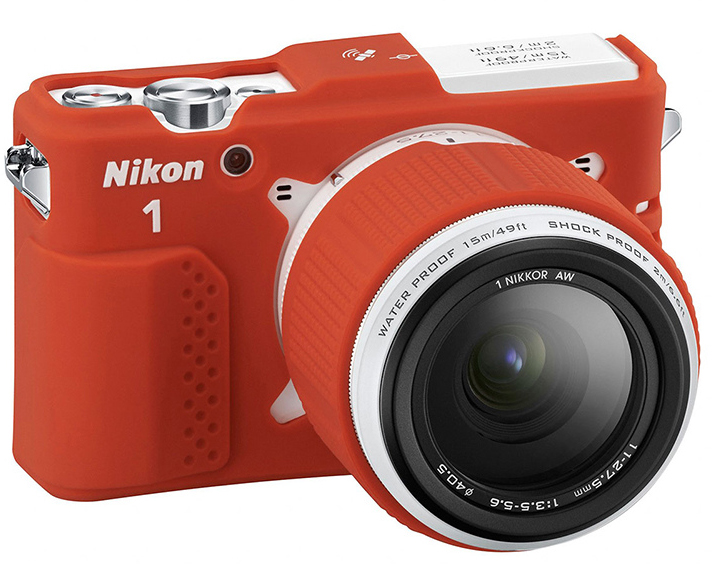 Nikon has been at the top of the camera world for many years and is one company that has been able to adjust to the digital age very easily. One of the latest cameras to hit the market is one that is more rugged than average and still offers mirrorless features and interchangeable lenses as well. The Nikon AW1 is noted for being waterproof and starts at just $800.

Waterproof cameras are nothing new to Nikon, in fact, the company has been dominating that market for more than 40 years. If you know what the Nikon 1 J3 is, the Nikon AW1 is really a rugged version of that camera. Other than the main features, the camera is waterproof up to 49 feet, shockproof up to 6 feet away and protected from the cold down to a blustery -10 degrees. That should cover just about anywhere that you would want to take pictures in the cold. 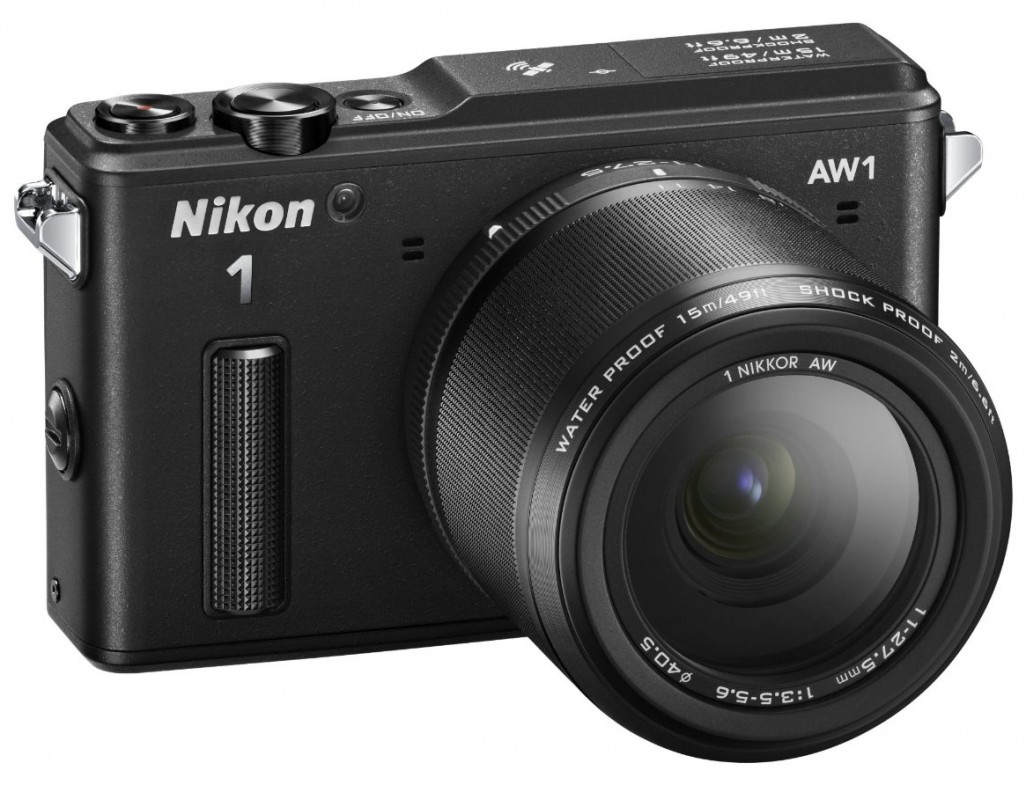 The Nikon AW1 presents some nice features to the camera user and obviously include the aforementioned water, shock and freeze proofing, but they are not limited to that. According to the spec sheet, the Nikon AW1 comes with a 14MP C-format CMOS sensor, ISO up to 6400, 3-inch LCD viewing screen on the back with 921,000 dots and a built in GPS with compass, altimeter and depth meter.

These features might not come on all cameras on the market today, but the technology in the market is moving so quickly that companies are scrambling to keep up. Other specs include Action Control system for underwater and operating with gloves on, PASM shooting in “Creative Mode”, 15 frames per second burst mode with continuous Auto Focus or 60 frames per second with single Auto Focus. The Nikon AW1 can also record video in 1080p HD, which has become the new standard with cameras these days. The burst mode has also become quite popular with the rise in slow motion videos made with smartphone cameras these days.

The camera’s design is very tight and sleek even though it comes with interchangeable lenses. The device measures just 4.5 wide, 2.9 inches tall and just 1.5 inches deep (without lens) making the camera most portable and easy to bring to any event while at the same time allowing for conspicuous photography in crowds. If the camera seems “thicker” than other cameras by Nikon, it would have to be blamed on the weatherization of the device. The larger case is needed to keep the weather sealed out. The seal that is located on the back side of the lens, between the body and the lens is sufficient enough to keep water and dust out without problems. The two lenses that are available for the camera right now have a large lip on the back side to help with the tight seal. 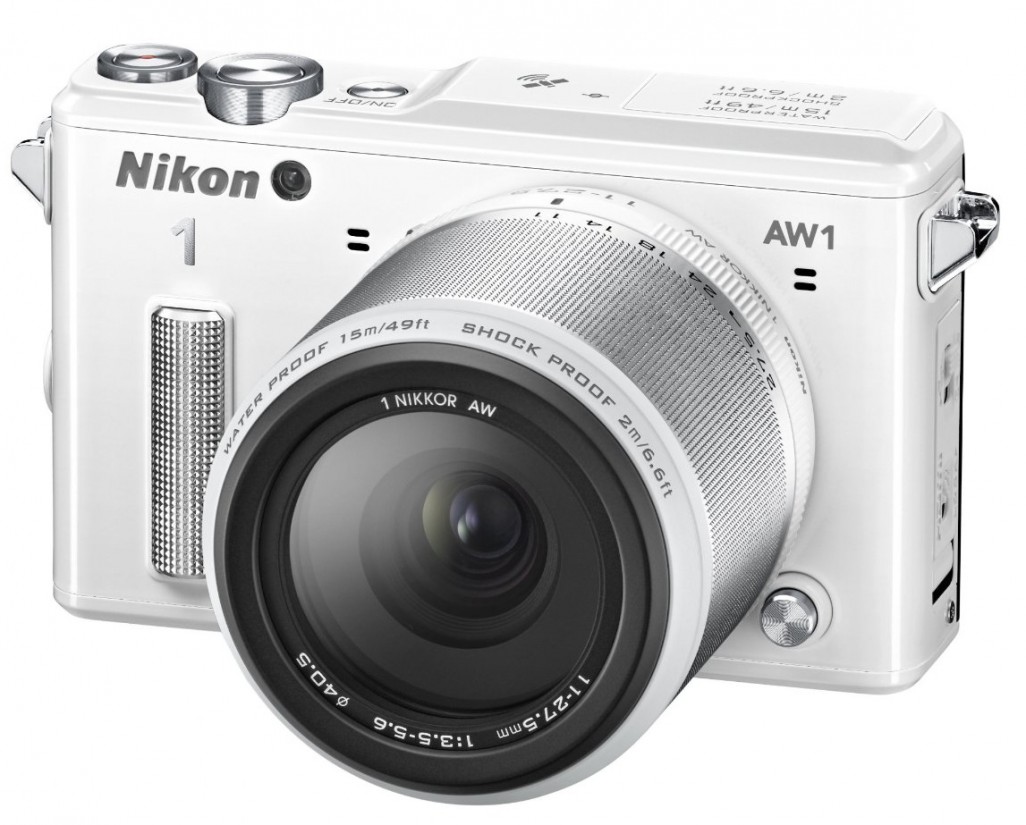 The design allows for one hand use and even though the body of the camera is smooth, it does provide plenty for your hand to hold on to. It is recommended that you get a silicone skin if you are going to be taking pictures with gloves on or if you want the little bit of added grip to your camera. A pop-up flash is included in the design and has a guide number of 15 feet at ISO 100 and it will also fire underwater if needed. The camera does not offer a hot shoe for larger, more powerful flashes, but the company has commented on developing an underwater unit to be released next year.

The main button controls are neatly placed around the back side and offer plenty of comfortable operation in any situation. The AW1 has a GPS unit installed inside of it and it can be seen by a slight bump in the top of the body. The GPS supports the GLONASS system allowing for greater accuracy in getting the location of the device. Near the thumb rest on the back side of the camera, you can clearly see the controls for zooming and moving between pictures in playback mode. Right next to that is the button to activate the Action Control system.

The Action Control system allows for the smooth operation of your new camera with a glove on, or if you are holding it in one hand and need to switch modes. Once the system is activated, it will show options on the LCD display. To select a new mode, the user will just have to tilt the camera to allow for selection of the new mode. With Action Controls on, users can select between video and camera modes very quickly and easily.

The new Nikon AW1 comes with two different lens options in the 11-27.5mm and the 10mm. Both of them can be purchased in a bundle with the new camera for just $999. The lenses are not interchangeable to other models of camera, making them exclusive to the AW1 and that is mainly because of the weatherproofing features on them. At the same time, you will be able to attach a CX-mount lens to the camera, but it will now allow for the camera to be waterproof at that point.

Other specs and features

Overall, the Nikon AW1 is very similar in design to the 1 J3. The waterproof design also includes double locking doors that have gaskets on them for the I/O ports and the battery compartment. The actual waterproof distance can be interpreted and is usually allowable at 150 percent of the stated depth, which is about 50 feet with this camera.

The features that photographers will want to know about include exposure modes that include Program, Shutter-priority, Aperture priority, Manual and Scene Auto Selector. Scene modes include Portrait, Underwater, Night Landscape, Landscape, Night Portrait, Close-up and Auto. Even though you are only stuck with one flash option right now, the flash does provide many options including, Fill flash, fill w/slow sync, rear curtain sync, rear w/slow sync, redeye reduction and redeye w/slow sync.

Storage options include a card slot that support SD/SDHC/SDXC cards. The camera will connect via USB, HDMI or wirelessly via a WU-1b wireless adapter which is optional. The battery is a lithium-ion EN-EL20 which is rechargeable with the charger that comes with the camera.

The Nikon AW1 is a nice, small camera that weighs less than 8 ounces and can be the perfect addition to your travel photography bag. The features and weatherproofing allow for use in just about any situation providing the technology to produce the best images possible in a small package. For less than $1,000 you can get one and judging by the features and specs, it will be money well spent.