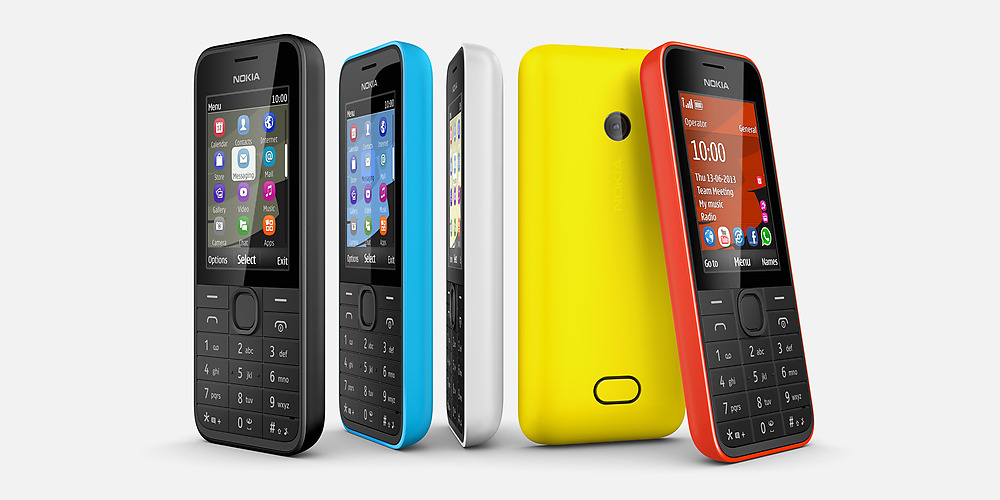 Nokia is probably the company that suffered the most from the switch to smartphones – they were never quite able to catch up with the competition, neither with their own Symbian OS nor with the recently adopted Windows Phone. It’s a real shame, too, because their hardware is really good.

The company’s largest success in the mobile world in the past decade was with cellphones – the old school style with number pads instead of QWERTY keyboards, small screens and dimensions and everything in between. In fact, their best-selling phones to date are still the indestructible 3310 and the ultra-cheap 1110.

Nokia hasn’t been able to give up the cellphone market, either – they’ve continued releasing feature phones with numpads long after the iPhone was released. They’ve proven to be quite popular, too – a lot of people just need the phone to be able to make calls and send text messages while not eating through the battery in a day or two, plus with their size, cellphones are perfect as a backup device.

2013 is supposed to be the year of quad core, 5.0+ inch smartphones, yet Nokia has still managed to release two cellphones that are not smart in any way: the Nokia 207 and 208. Let’s see what they offer and who are they made for.

Both the Nokia 207 and 208 share the same housing and design, which is really simple but still nice, borrowing a lot from the company’s Lumia series (particularly the new 625). The back and sides are covered by a simple plastic cover that comes in 5 color variations, while the front houses the display and numpads. The Nokia 208 additionally has a camera on the back, and both phones are very small and light, albeit a bit thicker than you’d expect from a 2013 cellphone.

The internal hardware of both the Nokia 207 and 208 is as simple as their exterior – there are no fancy chips inside, or any advanced technology for that matter. The display is a simple non-touch 2.4 incher with a 240×320 pixels resolution. The processor is an unnamed ARM11 chip with 64 MB of RAM, which doesn’t really matter since there is no proper OS (so basically even the lowest end chip can do the job). On the plus side, this means a very long battery life.

Both phones have 256 MB of internal storage, a micro SD card slot and a 3.5 mm audio jack, which makes them perfect as an MP3 player. There’s also Bluetooth 3.0 and HSPA support, so hopefully the phones can be used as 3G modems (with up to 7.2/5.76 Mbps download/upload speeds), just like Nokia’s older cellphones were able to.

The 1020 mAh battery is actually generous for such a phone, and the battery life should be very long – at least 4-5 days of rather intensive use, I’d say. Nokia itself says it will last up to 500 hours in standby on 3G.

There’s no real software to talk about on the Nokia 207 and 208, although Symbian 40 series does support Java apps, so you technically have the ability to install games and apps that extend the phones’ functionality.

The Nokia 207 and 208 have been released this month and are selling for $65 and $70, respectively. This makes them perfect as a backup phone and as a 3G modem if your network operator allows tethering. However, with actual smartphones available for around $100, it’s a moot point to get such a phone, unless you need it to survive multiple drops and work in conditions where a larger touch screen would be more trouble than worth it.