Trending
You are at:Home»Android»Possible HTC M8 Screenshots are Leaked
By Gadgetman on Feb 9, 2014 · Android 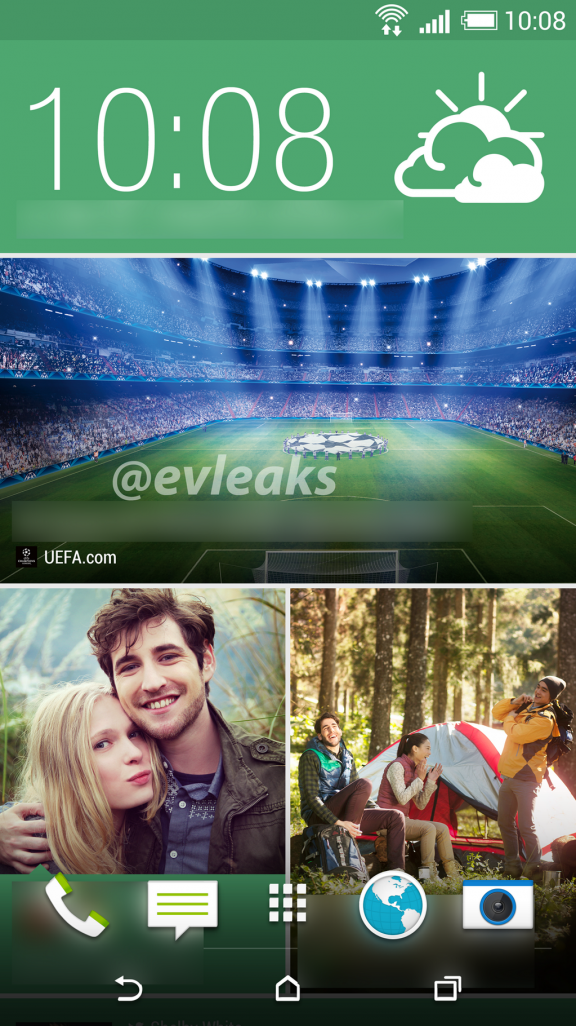 This close to a smartphone’s release, the only kind of information we can pick up from leaks and rumors that is actually exciting usually comes down to screenshots and actual images of the device. Unfortunately, in this day and age it’s too easy to create fake images and screenshots, so we can only trust the leaks of those well renowned in the industry.

Even then, it’s still best to take things with a grain of salt – there’s no telling how old a screenshot is, or how accurate it is to the real deal. However, when you do get a leaked screen from a trusted source, it’s usually happy days.

One of those trusted sources is @evleaks, and recently they have revealed a couple of screenshots that look to be showing the interface for the HTC M8. At first glance, the same BlinkFeed style interface can be seen, albeit a lot more colorful than the darker version seen on the HTC One.

Personally I was a fan of the darker colors of the HTC One interface, and these new images are closer compared to a Windows Phone UI. As we’re only given part of the picture, it’s hard to tell whether the whole home screen would be like this, or just one page on the home screen.

Either way, it’s clear that even HTC are putting more effort into bolstering up their software offering, so it’ll be interesting to see if there will be any new useful software features on the newest rendition of Sense on the HTC M8.

The HTC M8 is rumored to come with a 5 inch 1080P panel, as well as a 2.3GHz quad core processor inside a Snapdragon 800 chipset, 2GB of RAM, and at least 16GB of internal storage.

The new Sense 6 software interface will be paired with Android 4.4 KitKat, and the phone has been rumored to be powered by a 2,900mAh battery.