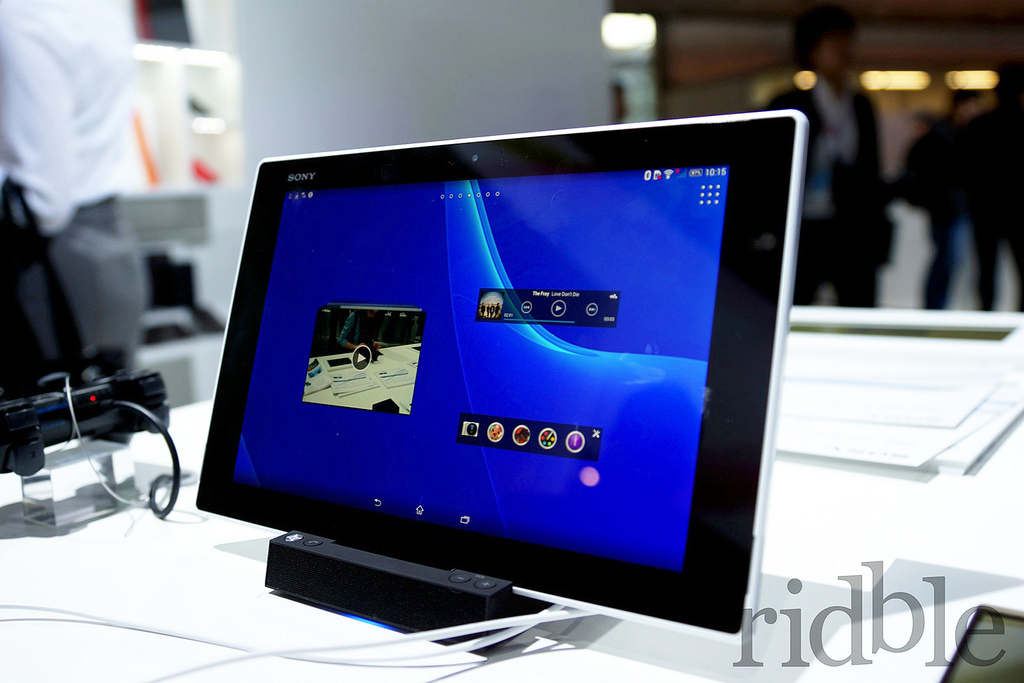 The Sony Xperia Z2 tablet has been announced, and it’s slimmer, sleeker and ultimately more impressive than it’s predecessor. The Xperia Z2 tablet is probably one of the lightest and most well-built tablets you’ll get your hands on from a well known manufacturer for a long time, which is something that not many manufacturers have managed to reach, especially in the 10 inch tablet market.

The new tablet is also IP58 certified, which means it will be pretty well protected against water and dust damage.

The display on the new Sony tablet has a beautiful 1920×1200 resolution, which although not the highest pixel resolution currently available for 10.1 inch Android devices, it’s Triluminos technology should make colors on the device vivid and dynamic.

As for pricing, the Xperia Z2 tablet has been made available for £500 in the UK for the LTE version, and £400 for the Wi-Fi only version. A 32GB storage upgrade is available for an extra £50.

In Europe, the device has been priced between €500-€700 depending on country and storage/connectivity options.

So far, the Xperia tablet range has yet to disappoint, and the new Xperia Z2 tablet is easily the best 10.1 inch device on the market today. It will be interesting to see what other manufacturers will offer later in on the year, but for now, if you’re in the market for a new 10 inch tablet, Sony is the route to take.