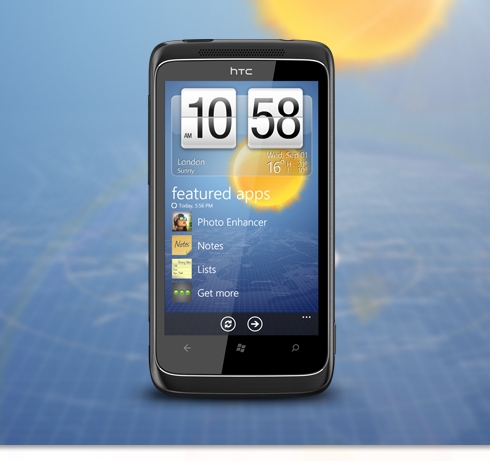 There are quite a few phones out there for people who don’t want iPhones; and as they go HTC arguably offer the best selection here and have had many hits with iPhone-esque phones such as the HTC Hero. The Hero used the Android operating system which was very much like a slightly more open-ended iPhone OS with some considerable advantages. Rather than a ‘poor man’s iPhone’, the HTC Hero and similar Android phones have been the ‘iPhones for people who know a bit more about software and want more versatility and flexibility’.

Now HTC are offering another alternative however having teamed up with Microsoft to provide handsets running the Windows 7 operating system – and this is of course what the ‘7’ in the model names represents. In total there are three different models in total, and it seems to be the HTC HD7 that seems to be the ‘flagship’ among these. However here we will be examining the HTC 7 Trophy which has its own draws as the ‘middle sibling’ that’s also geared slightly towards gamers.

The phone itself looks a lot like an iPhone or many of the similar touch screen phones that are out right now and has few highly distinctive features in terms of its appearance. It has a 3.8 inch 800 x 480 pixel resolution, so it looks crisp but doesn’t boast as large a screen as the HTC HD7 or many of the other multi-touch handsets (it looks tiny compared to a Dell Streak). This is a more than adequate screen but may be a little lacking for those who want to use it for viewing films or reading e-books. That said it also makes it more pocket-friendly and many mainstream users will prefer the idea of being able to carry their phones easily. 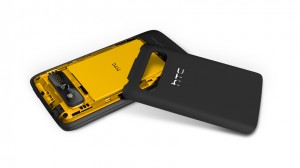 The Trophy also boasts a 1GHZ Snapdragon processor which ensures things run fast (your computer most likely is between 2 and 3 gigahertz so that’s fast for a hand-held), as well as a 5 mega pixel camera with an LED flash (slightly less impressive than the camera on the Mozart which has attempted to set itself up as a phone for video recording and playback). It connects wirelessly using WiFi or HSDPA which performs very quickly meaning that websites load up quickly.

Overall then the HTC 7 Trophy is a great piece of kit that packs a lot of power and feels like a quality phone with all latest media features and communication capabilities.

As all of the handsets run Windows 7, and this is not really that open to manufacturers to tweak, most of the HTC 7 phones are pretty similar with regards to the OS. For those who haven’t been following its development – Windows 7 does not mean you get the OS you have on your computer, instead it’s the upgrade to Windows CE which was the operating system used on.

The operating system looks very slick and is also very fast. It’s intuitive to use and a huge upgrade from CE. At the same time it comes with some great built-in apps that make use of Microsoft’s existing brands. For instance the phones include the pre-installed ability to view and edit Microsoft Office files (Word and Excel etc) and to connect to Xbox Live. Despite the Trophy being the ‘gaming’ phone, it offers nothing over its brothers in this respect.

On the other hand the downside to Windows 7 is that it’s relatively new, meaning that third party developers haven’t had the chance to start swamping the apps market. This mean it might struggle to catch up with the Android Market or the iPhone App Store, but with developers having familiar Windows development tools to work with provided by free the hope is that it will be able to catch up faster than other late comers such as Nokia.

So the HTC 7 Trophy is a great phone, as is the whole HTC 7 range. This might be the least remarkable of the three options, but it is also very portable meaning it will certainly have its fans. Windows 7 meanwhile offers a very nice looking alternative to Android or iPhone OS, but might have some catching up to do in the Apps department.