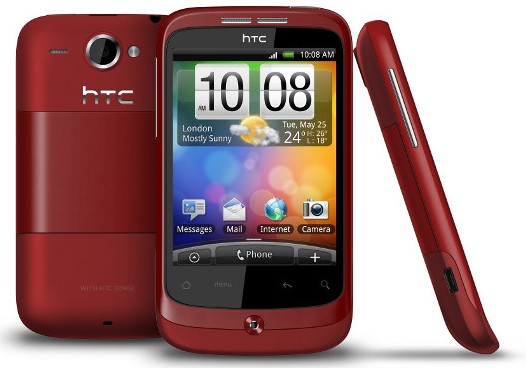 HTC has unveiled too few models with moderate price tags. One good launch to name from the touch phone expert, is the one reviewed about, the ‘HTC Wildfire’. The HTC wildfire comes in the same series of phones as the HTC Tattoo, and the HTC Touch 2 designed for the low-end user with cost as top priority. However, this is quite unorthodox from HTC, which always comes up with stunning and fully functional designs.

The HTC Wildfire is a cool device to own. Be it for its camera, the pinch-to-zoom capability, for its quick touch stimulus, or its slim design, there has not been any compromises or surprises from HTC, to be honest. It has stayed on track to give its users what is expected out of it. The phone has got decently stylish looks. But it is definitely not the one, which you would fall in love with, right on first sight.

At first look, it bears resemblances with the HTC Desire. This gadget has not been designed for its looks or its styles, but for sure, you would get full value for your money, which is all that matters at the end of the day. And quite interestingly, the Wildfire gets its name from a poll conducted in facebook, and the Wildfire took over the ‘Zeal’ in the poll.

This smart touch phone comes with a capacitive touch screen with pinch-to-zoom capabilities. The display is fairly a good one at 3.2 inches. But however, if you had got used to larger displays from the Nokia N900 or the Motorola Milestone line of phones, you might initially feel uncomfortable. The front side also has touch buttons below the display borrowed from other HTC siblings, and the presence of the optical trackpad at the bottom comes in handy when in hurry. With dimensions 106.8 x 60.4 x 12 mm, this smartphone is a cool one to handle and operate, and is a real light one at 118g given the plethora of features it supports. The screen supports a resolution of 320×240 pixels. The display quality is not the greatest to be frank, in comparison with its counterparts from Samsung which feature much better displays.

The Wildfire is powered by the 528 MHz Qualcomm processor, and it runs on the Android OS version 2.1 nicknamed the Eclair. And the good news would be, the HTC Wildfire appears in the list of phones identified by HTC, that would receive the Android 2.2 update. With 384 MB RAM, 512 MB ROM and microSD expansion upto 32 GB, HTC has not kept any surprises in this front.

The Wildfire has a 5 Mega pixel camera with Autofocus. It also has an LED flash for better lighting, but the LED flash could have been even better. The camera slightly protrudes from the bottom surface, and it is to be handled with care to avoid any scratches over the lens. It has got a standard 3.5 mm audio jack, and micro-USB support for other data transfer. The user interface is quite similar to other HTC phones, with widgets placed on the homescreen for quick access.

Texting would be at ease with the on-screen keyboard. The phone includes G-Sensor, Digital compass, proximity sensor, and an ambient light sensor. This phone would be of potential use to the frequent social networking user with the presence of the Facebook app, Youtube video sharing, and Peep for twittering on the move. You can be connected round the clock with the 3G, GPRS, EDGE capabilities or connect to a hot-spot with the Wi-Fi. And yeah, it has got GPS support coupled with Google maps to help you find your way through. The HTC Wildfire has got full access to the Android market, and you can get apps to your phone. There’s however a dip in speed noted when connected through 3G.

Not much is identified on the downside given the attractive price tag attached to it. For people not used to touch buttons, you could mess around when in hurry. And as said earlier, the display is not on par with other devices found in the market.

The bottomline: if you are not ready to empty your wallet on expensive smartphones without compromises on looks, Android application support, and the like, then the Wildfire is definitely designed with ‘you’ in mind. 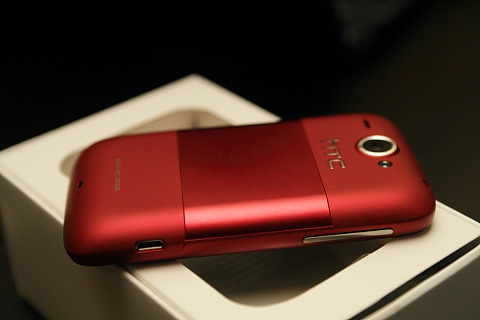 * HTC Caller ID that shows the caller’s Facebook© status and a birthday reminder
* App Sharing that lets you recommend apps straight from your phone
* Adobe® Flash® support on the web browser
* In-built, dimmable flashlight
* Ringer that automatically lowers the ring volume when you lift up the phone or mutes when you flip the phone face down