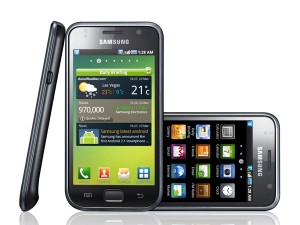 The Samsung Galaxy S – a true entertainer in every sense
Samsung has finally unleashed a true rocker that would mute all critics who pointed hands at the pioneer company not so long ago. Thanks to the Samsung R&D, for coming up with an absolutely stunning range of phones from Samsung, and the much talked-about addition to this series of phones released lately from Samsung is the one reviewed about, the all new Samsung Galaxy S.

The Samsung galaxy S is all set to rock with its power. It is undoubtedly a powerful gadget to own in every sense. More than just a phone, it could be considered as a perfect replacement for a personal computer most of the time. This smartphone comes with Wi-fi and 3G to keep you stay connected to social networking round the clock. It supports HSUPA 900/1900/2100 and EDGE/GPRS 850/ 900/1800/1900. And much to be happy about, the Samsung Galaxy S runs on the Samsung Android 2.1 OS, nicknamed as Eclair.

This all new entertainment package has much more exciting features to cheer about. It houses a 1 GHz processor, which is the fastest for a mobile phone running the Android OS, and 512 MB RAM. It has 8/16 GB internal memory, and external memory is expandable upto 32 GB (micro SD card), which would ideally be sufficient space for movie and music freaks, to enjoy entertainment on the move. But, the best of all is the 4-inch (diagonal) AMOLED screen with its realistic colors. It feels like holding a diamond in your hands with the awesome display filled with life in its every pixel.

Apart from watching movies in the wide screen display, the TV-out option which accompanies the phone makes imaginations even bigger. And it supports multi-touch zoom, which was once restricted only to the iPhone fanatics. And no doubts, this phone has a better configuration than the personal computer that uncle John presented you for your birthday ten years back, seriously. Read on.

The phone has a micro-USB port which could be used for data transfer and charging. It measures 64.2×122.4×9.9mm and weighs a little less than 120g. On first looks, it bears resemblances to the iPhone 3GS from Apple, given its shining panel surface. It has a 3.5 mm audio jack, and the audio output from the speaker is quite good, honestly.

Inputting text with Swype makes texting a joy. With the ability to key in words at high speeds, you can have an ultimate texting experience, and it even makes us forget to comment about the absence of a qwerty keyboard.

The camera again is no compromise. The phone’s 5MP camera with timer, auto focus is a gadget that is aimed to unravel the photographer in you. And it supports 720p HD video recording. Self Shot, Action Shot, Add me, Cartoon Shot, Smile Shot add more spice to it.

With geotagging, the Samsung Galaxy S would prove to be a perfect replacement for a digital camera, and the presence of a mammoth memory means you can capture a real lot of pictures. The AMOLED display features multiple homescreens, which means you have more space to place your icons and have access to your favourite applications at ease. The 1500 mAh Li-ion battery which would keep the phone alive for one day, is a fair thing taking into consideration its wide display.

Few negatives to be noted are, and the most obvious one is the 5 Mega Pixel camera does not come with a flash. And the phone’s browser does not support Adobe flash. The battery however discharges fast with many applications. The plastic panels are another aspect that demands that you handle the phone with care.

But overall it is the most powerful phone running the Android OS, no second thoughts about that. Its a wonderful pick to make if you have the big bucks. But, to tell you it’s really worth the price..!!