There were lot of speculations following the Facebook update by Dell, about a possible Froyo update that would be aired to all Dell Streak users. Dell has made it clear that Dell Streak users would be receiving an over the air update of the Android OS v2.2. But the exact date has not yet been made clear and is expected to vary with geography. Streak users in the UK would however be the first to get the OTA update for the Android OS version 2.2. If you had not known much about the Dell Streak prior to this, there is a quick recap of the handheld device in the later half of this review.

The Froyo update would have Adobe Flash Player 10.1. This would empower the Webkit Android browser and you can view your favorite games, movies and music websites, in the same way like desktop PC. Another notable feature in this update is that you can use your tablet as a hotspot for other devices (tethering). The tablet’s built in WLAN can be used to transmit signals and can share your 3G connection with devices nearby.

With the Froyo update, you would no longer be able to synchronize your device with PC using the Dell PC Suite. The Dell Mobile Sync software is the new synchronization utility from Dell and can be downloaded from the Dell website.

Another much-talked about feature is the Dell Stage UI. With the widgets supported you can access to multimedia content. With this, you can place shortcuts to content on the desktop in a completely ad-hoc fashion like in the Maemo Linux or other Android devices. Its also expected that the device would support live wallpapers with the update. And its traditional dialer interface is also expected to be refurbished. Speech-to-text support would also be added. However, not much is known about other changes that would be incorporated as part of this update.

Here’s a quick recap of the tablet’s features. To place a candid remark upfront, the Dell Streak is a device worth calling a flagship model from Dell. Leader in Desktop and notebook manufacturing worldwide, Dell Inc. is not a name that is known to frequently flash in the tablet PC or handheld devices market even right from the days it stepped into the handheld devices segment with the Dell Axim range of devices. Well, not every company launching an handheld device amidst an array of leading manufacturers already in the market has been known to be successful like the Apple.

The Dell Streak tablet looks very compact with its 5 inch display. It is smaller in size compared to recent products like the Samsung Galaxy Tab. Designed with a clean 5 inch display featuring multi-touch, the Dell Streak would be a great choice for movies and would offer a seamless internet browsing experience. The display has a high quality Gorilla Glass which is scratch resistant. The Dell Streak with its widgets placed on the desktop, at a casual glance bears resemblances to the Nokia N900. The device has got dimensions 6 x 3.1 x 0.4 inches and weighs about 7.7 oz which means its a compact device considering its functions.

The tablet also houses two cameras – A 5MP camera on the rear, and a VGA one in the front for video calling support. The tablet comes with 512 MB ROM and 512 MB SDRAM. Apart from this it has 2 GB memory for applications. For storage of other content, there is microSD support, the tablet is shipped with 16 GB.

The device features built-in GPS and Google maps, and with the power of multitasking, you can locate your nearest outlet of Starbucks while listening to your favorite beat, or you can zoom in at a picturesque landscape that you sighted accidentally. With widgets for Social Networking and 3G or the WLAN, you can stay connected with your closely knit ones and share what’s on your mind, all on the move. And apart from all this, you can decorate your phone with all the Android range of apps. 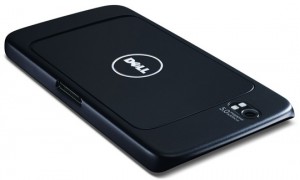