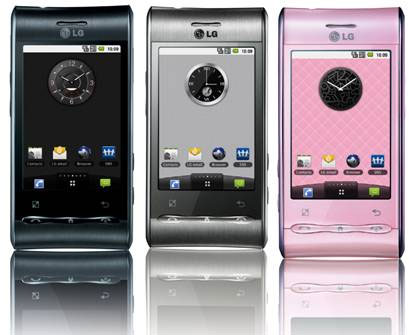 While LG has not been the much talked-about in the Android arena, this review would speak about the second smart phone release from the pioneer electronics firm in the Android market.

The LG Optimus GT540 is only the second Android phone from LG, after the LG GW620. We need to throw light on this fact upfront that the LG Optimus is not that high-end Business class Android phone. LG has made it very clear that this phone was targeted mainly for the first time Smartphone users.

The phone was released worldwide in April 2010. Its sleek design, quick response times, and with a good mix of all essentials, the phone has all that to become a hit model among the teenagers or other first-time Smartphone users. Powered by the Android 1.6 OS, the Optimus is in the list of phones to receive the Froyo update (Android version 2.2).

At initial looks, the Optimus would look like the Sony Ericsson Satio. The phone looks really majestic in black, the Optimus is however available in 4 colors. The phone is sleek and handy though it is slightly thick compared to other Android ones from HTC and Samsung. The Optimus is about 12.7mm thick, and has rock solid looks with its sharp edges along the sides and the rounded edges at the top and the bottom.

The rounded edges would enable you have good grip of the phone while in landscape mode. The 3-inch resistive touch screen display is a really good one considering its cost and the class of customers it is targeted at, but LG really needs to work more on the display section since it cannot lure more eyes for long with these kind of displays. But its a fact that LG displays are not more flashy like the Samsung ones and can’t show clearly under sunlight. Below the display is an array of buttons, the resistive buttons for the menu and back, while further below are the physical keys for the send, home and end options. 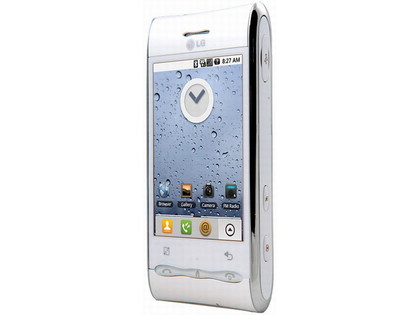 The camera button and volume adjustments buttons are present along the sides. The panels are made of plastic with metal finishing along the sides, but it’s quite decent and handy. Overall, the Optimus looks good with its design, that’s beyond doubt.

The phone comes with a 3 megapixel camera, which is quite a good one for clicking pictures under sunlight, but is not the greatest indoors due to the absence of a flash. The final word would be its definitely not a good pick for folks who click a lot of pics. It is not also so great for watching videos – does not support many video codecs.

The first thing that you will notice while using the phone is its speed. The phone is superfast, compared to other Android phones in the market running the same Android version. This is a real plus for the phone to woo teenagers and youngsters. And with no stoppage to social networking, it just strengthens the previous statement. The phone features Facebook and Twitter applications, and you can sync your facebook contacts with your mobile contacts for some quick updates from your bestest pals. There is a separate client for Gmail and has the Gtalk application built-in. 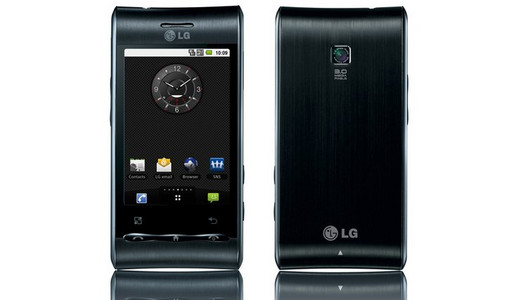 The QWERTY on-screen keyboard is only a fairly good one, considering the touch responsiveness on the resistive touch screen keyboard. The browser added in the phone is the traditional Android browser, with few changes here and there. The phone is equipped with 3G and Wi-Fi for unlimited internet access from either your provider and other hotspots you might come across. All the above said only to have some smooth and non-stop web browsing, and online fun. The phone comes with A-GPS, has Google maps, but does not support navigation.

The final word would be, ‘this is definitely not the phone for folks who want an all-in-one kind of gadget, but it’s a good pick considering the decent price tag with a fair mix of all essentials’.