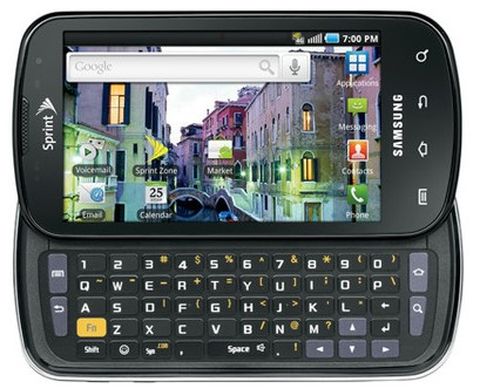 The Samsung Fascinate – another addition from Samsung to the Samsung Galaxy S range of phones released from Verizon in the US would definitely impress the masses with its ultra-thin design and is set to give you a fascinating mobile experience.

Looks-wise, the Samsung Fascinate appears to be flattened at the front side, and carves out in a rounded fashion at the back, and the corners of the front side are rounded. The phone is so sleek and handy at just 118g, that you would not even have the feeling that you have it in your pocket. The AMOLED display at 4 inches which Samsung gives to its phones after the Samsung Galaxy S is a super cool one.

Samsung has definitely acquired an upper hand in the smartphone market, after it started equipping its mobile devices with the AMOLED displays. Picture quality in this series of Samsung phones looks totally peerless, with such a good mixture of contrast and brightness. Below the screen are four touch sensitive buttons for menu, home, back and search. One disturbing feature to be noted in the phone is that the touch buttons don’t seem to be illuminated longer than 2 seconds, and it is pathetic that nothing can be done about it, if you don’t get used to it.

The backside of the phone features a very clean finish with the camera located at the top left corner making it look like a true business phone in every aspect. The panels are made from plastic which some people might feel gives the phone a cheap look unlike phones from Motorola. The phone is also very thin measuring only about 10 mm which makes it very handy for usage. You can’t ask for more with the phone featuring an absolute stunner of a display, and great finishing.

The volume adjustment is found on the left side, and the power button on the right. On top of the phone are the 3.5mm Audio jack and the microUSB port. One thing which might leave you little perplexed regarding choice of this phone is that it supports only CDMA, which means you can’t use the phone on GSM networks. 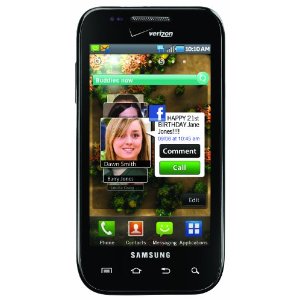 The phone has a 1GHz Cortex A8 Hummingbird processor with 384 MB RAM and 512 MB ROM. The 5 Megapixel camera is good one with an LED flash and the number of effects that accompany it. The quality of the images was fairly good, more than acceptable from a 5MP camera. But the phone does not come with a secondary camera for video calling, that’s a point to be noted. The quality of the video footages recorded were however good with 720p at 30fps, something that is better compared to its Motorola counterparts. Nothing special about the audio quality to comment about, the phone features the same audio like its other phones in the same range.

The phone runs the Android 2.1 OS and features the Samsung TouchWiz 3.0 interface, whose combination has put into the phone all ingredients of a real hit model. On the homescreen, you would find a search engine, surprisingly not to be powered by Google, yeah it is Bing that you would find. You have an option to customize your favorite icons on the seven homescreens that you would find on the Samsung Fascinate. But on the bottom you would also find 4 dedicated shortcuts for Phone, Contacts, Messaging, and Applications. But there has not been much software support from Samsung, something that its Android counterparts like HTC have come up with apart from the usual Android stuff. The phonebook is however a well-organized one. While the Android phonebook would only synchronize your mobile contacts with your facebook and google contacts, the Samsung phonebook features a quite longer list with contacts from twitter and MySpace also added to it.

Overall its definitely a good pick if you want to join the mad rush to be part of the Android race, that too if you are looking for one from the Verizon carrier.

Memory 2GB of internal storage, up to 32GB microSD card