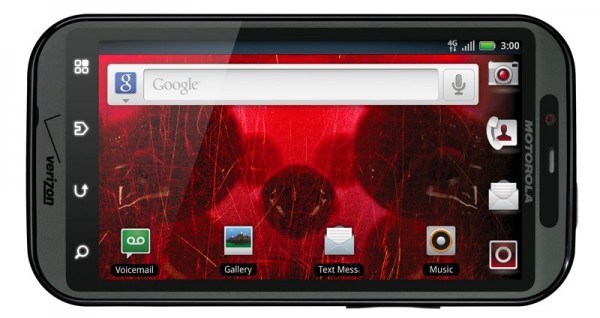 CES 2011 brought us a lot of great devices, technologies and innovations, along with some disappointing ones, of course, but fortunately the former outnumbered the latter by quite a lot. Motorola has definitely been one of the most active and successful members, presenting and demonstrating some of the best smartphones and tablets (well, one tablet), which will definitely become the highlights of 2011 when the year ends.

Along with the innovative Atrix, they have also presented another amazing smartphone – the Motorola Droid Bionic, which is a really good evolution of the Droid brand. All of the previous Droids were a success (especially the first one and the Droid X), and the Bionic seems like it will continue the trend.
Enough performance to last for years

The Droid Bionic is one of the first dual core smartphones, and it’s of course using the NVidia Tegra 2 System-on-Chip (there is no other alternative for now), which brings improvements not only in general apps performance with the two 1 GHz cores, but also a much better 3D and video experience thanks to the integrated GeForce graphics adapter and hardware encoder/decoder.

As a direct result of the above, the Droid Bionic is currently almost twice as fast as any other single core smartphone (including the G2, Nexus S, Xperia Arc, and others) and also has twice the 3D performance in games and any other apps of the iPhone 4 and Samsung Galaxy S, an impressive feat by all means. The hardware decoder allows you to watch full 1080p videos in almost any format without a hitch, and the encoder also lets you record Full HD video clips using the 8 megapixels camera on the back (and output them via the micro HDMI port on the side).

There are also 512 MB of fast DDR2 memory on board, which makes everything snappier and faster than ever before. You could literally download a torrent at 4G speeds (something that most current smartphones can’t do) and watch a HD movie at the same time without any problems.

Beautiful QHD display and the new Android 2.3 Gingerbread
The Droid Bionic has a very nice 4.3 inch display that uses the new wide screen resolution of 960×540, or qHD (Quarter Full HD), which is just 100 pixels shy of the iPhone 4’s 960×640, but the difference is minimal and thanks to the bigger screen, everything looks a lot better. Web pages are crystal clear and readable even at their original size, movies and pictures look amazingly well and all the apps are crisp, with great colors, brightness and contrast. This display is truly a great successor to the 3.7 inch on the Droid and the 4.3 inch on the Droid X.

Of course, such a powerful phone needs an adequate OS that can take advantage of the hardware, so the Motorola Droid Bionic will comes preinstalled with Android 2.3 Gingerbread, and the possibility of an upgrade to the newest 3.0 is definitely not out of the question (in fact, I think it’s a must!). But even the 2.3 version can provide anything the users may want, and there are apps on the marketplace that let you do whatever you want, from editing documents to connecting to remote servers using VNC or RDP or editing audio and video right on the phone.

The Droid Bionic is definitely an attractive package, and if it’s priced cheaper than the Atrix (which seems to be the case) it can become the most popular Android smartphone since the original Droid and make Motorola a lot of much-needed money. This phone can become a really good competitor to the iPhone 4, just like the Xoom tablet is destined to with the iPad.