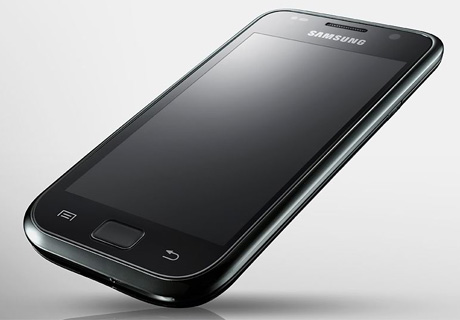 In a mobile phone world that is dominated by the Apple iPhone and various Blackberry models, few other phones rarely get noticed. Of course HTC and Sony Ericsson has tried on a few occasions and to a certain extent, had success, but few other phones have tested the strong grip that Apple and Blackberry hold. Samsung is one of the latest companies to give it a try with their smartly named Galaxy S.

Regrettably for the Samsung Galaxy S, it is going to be compared to the I phone in terms of quality. This is because it has based a lot of its features on the I phone. In this guide, we will explore how the phone compares to the I phone and see if the Galaxy S can stay around or if it will just fade away like countless other Android phones.

Previous Samsung phones have always been on the edge of vast success in the mobile phone industry. Some are good enough to become ‘top sellers’, while others have disappeared faster than an over rated I phone application. It seems that Samsung was fed up of being the ‘maybe’ phone, and has therefore, focused almost all of their attention on creating a rival to the I phone the Samsung Galaxy S, which they hope will stay around in an already dominated market place.

The Samsung Galaxy S has an array of impressive facts and features which Samsung has included to make sure it stands a fighting chance. For a start, it has an 8GB minimum internal memory, which the option to increase to 32 GB. The camera also pairs up well to its main rivals but falls behind to some camera specific Sony Ericsson models at just five Mega pixels.

However, the most impressive fact is that the Samsung Galaxy S has the quickest graphics processing unit on any Android model, which is one of the features that you are looking for with a new phone.

To date, the Samsung Galaxy S has won the ‘European Smartphone of the year award’, and has sold just over 10 million phones around the world, making it Samsungs most successful phone.

When you compare the Samsung Galaxy S to the iPhone in terms of quality specifications it comes out with its head held high. The screen is slightly smaller but a touch better in quality. The processor is the ‘same’ quality and the price of the phone is much lower than the I phone.

On the other hand, the Samsung Galaxy S does not come close to the apple operating system, various applications, video calls, camera quality and overall want-ability that makes the I phone better than the Samsung Galaxy S, and unfortunately these points are all much more desirable features in a phone.

While 10 million phones is an impressive figure, it still pales in comparison to the 30 or so million that the I phone sold, and the award that the Samsung Galaxy S won is not the be all and end all of awards. This means that when you show your friends your new Samsung Galaxy S, it will just be a sign that you did not have enough money to buy the latest I phone model. It will not be long before the Apple I phone 5 has grabbed all the headlines, leaving your Samsung Galaxy S gathering dust in the back of your cupboard.