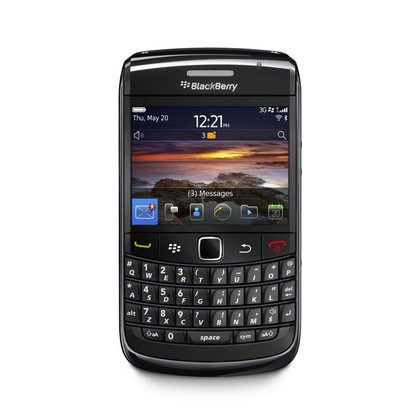 When we place the Bold 9780 side by side with its Bold 9700 predecessor, there’s seemingly no difference from the exterior. In fact, you are looking at the exact same dimensions for the Bold 9780 and Bold 9700. As such, you’ll have a similar handling experience between these two BlackBerry devices. The optical trackpad is still present, and like what we’ve said previously, the trackpad can be quite sensitive and takes some getting used to. On the other hand, its physical QWERTY keyboard is stilt easy to utilize even with its compact design.

So what exactly was improved with the updated BlackBerry Bold? A great deal it seems, but all under the hood; from improved hardware to the new BlackBerry 6 operating system which made its appearance earlier on the BlackBerry Torch 9800. Hardware wise, the improvements were minimal, with a boost to its onboard memory from 256MB to 512MB, as well as a new 5 megapixel camera. This is good news for the mobile shutterbug, since the camera does come with significant improvements in image quality.

The overall experience using the Bold 9780 is remarkably smooth, but we aren’t exactly crediting it to the 624MHz processor within. Instead, we think the renewed BlackBerry 6 software plays a major role in all of this. Focusing on populating the home screen with various pull up and drop down menus, the experience is slightly different from the touch screen interface found on the Torch 9800. Instead, you’ll depend solely on the optical trackpad to scroll through the various menus, followed by clicking on the trackpad to select highlighted menus.

it’s also important to note that the learning curve on the new BlackBerry 6 software is just as manageable from our earlier run on the Torch 9800. While the Bold 9780 is seemingly great, the letdown is in its 2.44 inch display, which is a tad small for our liking. If you can look past that fact, excellent battery life on the Bold 9780 means that we clocked more than two days of constant data usage. If you’re still holding onto the very first BlackBerry Bold 9000, we’d say it’s high time to upgrade. For the Bold 9700 users, the improvements aren’t astounding, but if you do have some spare cash, this is a decent smartphone to start 2011 with.