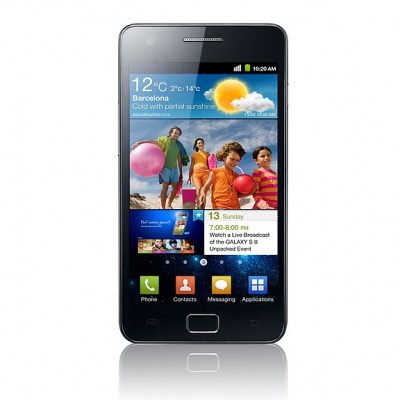 The Samsung Galaxy S was (and still is, actually) a very popular smartphone, and while its 1 GHz Hummingbird processor was already beaten on performance by the newer Snapdragon (found in the T-Mobile G2, for example), it still remains the phone with the fastest video graphics adapter, which is pretty amazing.

But time doesn’t stay in one place, and the successor to the Galaxy S is already upon us. Samsung says that it will be something great, that “Evolution is Fate” and kind of hypes up the Galaxy S2 like never before. Seeing as the first model delivered everything they promised, the second one should be simply extraordinary.

A very high performance dual core Samsung System-on-Chip
It is safe to assume that the Samsung Galaxy S2 will be competing with the likes of Motorola Droid Bionic, so the rumors about it having the dual core Orion SoC, successor to the Hummingbird, must be true, making it one of the first dual core smartphones to hit the shelves.

The Orion processor cores run at 1 GHz each, which makes them about twice as fast as current single core ARM Cortex A9 units, and the platform features a new graphics adapter that is supposed to be at least twice as fast as the Power SGX540, the current 3D champion. If that is true, then the Galaxy S2 will be simply amazing! The phone will have 768 MB of RAM to assist the processor, which means you’ll be able to use any kind of apps you want, at the same time.

A lot of new features that will interest the users
Aside from the pure processing power, the Galaxy S2 will feature a new 4.3 inch Super AMOLED display, most likely in qHD 960×540 resolution, though it’s possible that Samsung could try and go higher (but that wouldn’t make a lot of sense from a practical perspective). The 8 megapixels camera will be able to shoot in 1080p, which the Optimus 2X has already demonstrated its possible when you have a powerful hardware encoder and a dual core processor. Finally, among the new features is the HDMI port and 32 GB of onboard memory, with a possibility for an external micro SD card slot for yet more memory expansion.

Of course, the new smartphone will run Android 2.3 Gingerbread or even 3.0 Honeycomb, if it’s available when it is released, which will give the users all the features one would expect from this OS and access to any apps they might need.

Even though the above features are all speculations and subject to change, Samsung has definitely made it clear that the Galaxy S2 will be an evolution of the first model, and if that doesn’t mean being better on all fronts, I don’t know what does. The official specs and the smartphone itself will be revealed at the 2011 Mobile World Congress in Barcelona, Spain, which starts on February 13th.

Until then, we can only hope that Samsung does not disappoint. If they do, we’ll just buy a Motorola Droid Bionic or better yet, Atrix :-).