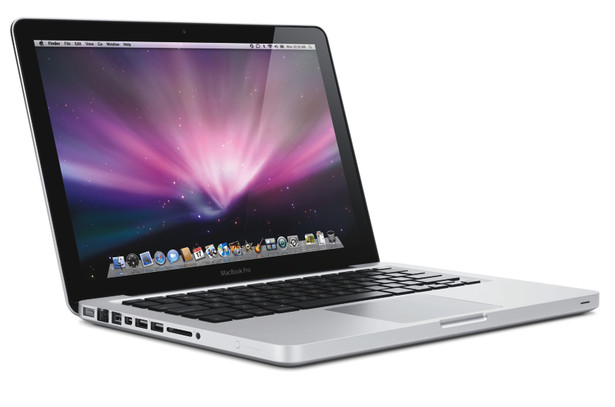 You could save money on a 13in Apple laptop by going for the polycarbonate white MacBook or the new MacBook Air, but neither is massively cheaper than the aluminium-clad Pro. With a huge, multi-touch glass trackpad that’s also a mouse button, Intel Core 2 Duo chips (i5 or i7 in the 15in and 17in models), Nvidia graphics and hard drives up to 320GB (500GB in its big brothers), this is the best entry point for a portable Mac. Lightweight but powerful, and with a ten-hour battery life, this is a top-scoring all-rounder that excels in all areas.

Asus Republic of Gamers G73
The price tag isn’t for the squeamish, but with stealth bomber design concealing an Intel Core 17 engine, ATI Radeon HD5870 graphics, 8GB of RAM, a dazzling 17in display and 1TB of storage, it has the spec to match. Importantly, it doesn’t flinch at Crysis Warhead.

Acer Timeline X
Thin normally means compromised, so it’s a surprise to find Radeon HD5650 3D graphics parked next to the i5 processor in the skinny Timeline X. That takes care of gaming, but you can also switch to Intel’s integrated graphics for six-hour battery life.

Sony Valo Z-series
Few laptops are as desirable and powerful as the Vaio Z. It has super-thin, carbon-fibre reinforced construction, with solid stale hard drives, Blu-ray and HD output. At its heart is Intel’s zippy Core 17 chip, and yet its battery can manage a decent six hours.

Toshiba Satellite T110
Lacking the power for gaming or HD video editing may be a turn-off for some, but Tosh’s Celeron-powered laptop runs rings around the netbooks it competes with on price. The 11in screen is bright and sharp, and there’s a large, multi-touch trackpad.

Samsung N230
In a quest for netbook supremacy and against a barrage of fashionable tablets. Samsung’s opted for quality and style over no-frills pricing. And the N230, with its 12-hour battery, glaring 10.1ln screen and 250GB drive, isn’t just a pretty face.

Alienware M11x
The М11х is an interesting niche-filler: It’s an 11in-screened, 2kg gaming netbook. In its very basic spec it costs around £750, but we tested a powered-up version. It’s too heavy and too expensive to be a true netbook, but it’s still very cool

MSI GX740
With Core 15 and high-end ATI innards humming along under this 17-lncher’s chunky keyboard, the GX740’s boldness goes beyond its striking colour scheme. There’s also a sensitive side, with a touch panel for media controls, Wi-Fi switching and the like.

Apple MacBook Air 11in
At just 17mm it’s now thinner than ever, but Apple has still managed to cut the price and up the portability of the Air. As well as two new USB slots, you’ll now get a five-hour battery life, a nippy Intel Core 2 Duo processor, solid state memory and a 16:9 widescreen.

Apple iPad 3G
It doesn’t matter if you don’t need an iPad – spend a few minutes having a go and you’ll soon want one. The recent iOS 4.2 update makes it even more covetable, giving it AirPlay multi-tasking, and more. It’s no laptop replacement, but it could easily usurp your netbook.