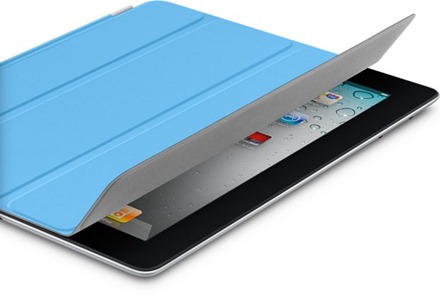 On March 2, 2011, Steve Jobs founder and CEO of Apple held a live press conference in San Francisco, California and announced the iPad 2. While Steve Jobs stated that 2010 was the year of the iPad, all indications point to 2011 being a huge year for the iPad 2. With numbers that literally blow away their competitors (15 million iPads sold from April 2010 until December 2010) one would even ask why release a newer version while the iPad was doing so well.

Speaking of the iPad Steve Jobs stated it was, “Our most advanced technology in a magical and revolutionary device at an unbelievable price.” There is no doubt that the iPad 2 expounds upon the success of the iPad and will become an even greater sensation. The fact that Apple has launched the iPad 2 while still running high on the iPad may be a testament to the company’s commitment to technology and drive that keeps them pushing ahead.

The iPad 2 has many features that sets it far above the original iPad. Operating on the iOS 4.3 the iPad 2 has new enhancements. Users will find that iOS 4.3 will greatly increase the performance of Safari. Interestingly, the Nitro JavaScript engine which was on the MAC 10 has been built into the iPad 2.
According to Scott Forstall, who is the Senior Vice President of iOS software, the iPad 2 runs JavaScript nearly twice as fast as the iPad.

Another new feature in the iPad 2 is iTunes home sharing. With iTunes home sharing, those using iPad 2 can wireless stream their movies, television shows and photos directly from their computers to their iPad 2 by using their home WiFi connections. You can share devices such as your computer videos and photos with your iPad2, iPhone and iPod Touch.

Users of the iPad 2 will also notice a vast increase in AirPlay improvements. AirPlay has only been available for several months and is an excellent way for Apple TV users to instantly watch their favorite movies and television shows from their iPad 2 on their Apple TV. By simply tapping the iPad 2 AirPlay icon, the program instantly searches your network connections and when it locates Apple TV, the show will immediately begin to play. What’s great about this feature is that iPad 2 users will not need to configure anything as the iPad and Apple TV will do the configurations automatically. This will stream movies directly from your iPad 2 to your television instantly and hassle free.

Another advantage to those who have both iPad 2 and Apple TV is that those making slideshows on their iPad can use the slideshow transition settings from Apple TV for their creations. Because the devices recognize each other as being on a shared network, they are virtually interchangeable. Other features of AirPlay in iPad 2 is that apps from the app store, as well as websites, can now play video as well as audio in iPad 2.

IOS 4.3 also lets users set preferences for their iPad 2 with the iPad switch (the slider switch located on the iPad). Users can determine their preference for either muting their iPad 2 tablets with the switch or by locking in the visual layout of the screen. This is handy for those who want to lock in the screen and not worry about it changing as they move or shift around.

Those who are iPhone 4 customers will find an added feature with the iPad 2. Those with iPhone 4 can share their Internet 3G connection with their other Apple devices over their wireless network. This essentially turns your iPhone into a wireless hub.

Photo Booth is known for being a fun, interactive program that lets you edit photos and videos easily and quickly. As you get an instant live stream that lets you use multiple effects. When you log into Photo Booth you instantly get nine live web streams to choose from. Controlling the effect is simple as you can control the image at the touch of your finger.

Another software program added to the iPad 2 is Face Time. Face Time has been incorporated on the iPhone and iPod touch and is used for video conferencing. With Face Time you can use two iPads, an iPad and an iPhone, iPod Touch or a Mac to connect and video conference. The two devices will instantly detect the other device and make video conferencing extremely easy as there is no configuration or setup required. One of the beset advantages of Face Time, however, is that the iPad 2 measures 9.5 x 7.3 by 0.34 inches giving you a great size for clear visibility. In addition to all of the changes, the iPad 2 still gets 10 hours of battery life and only weighs 1.33 pounds. The iPad 2 officially launches on March 11, 2011 and will begin selling at $499.00.