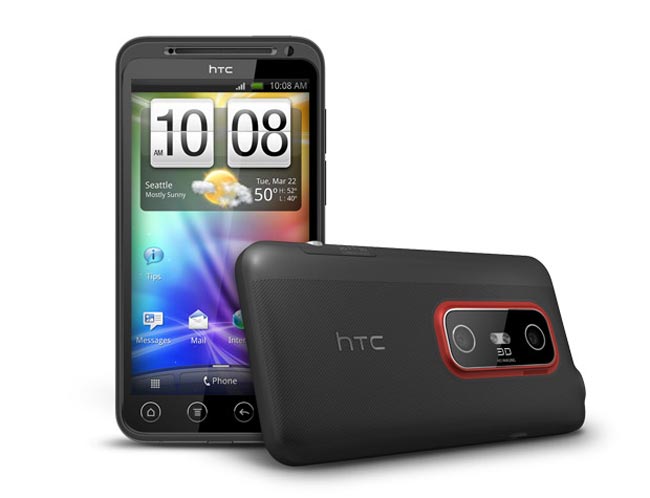 HTC has been unusually quiet at the beginning of 2011 about their new smartphones, after having a blast in 2010 with more releases than almost any other company. It didn’t help that the new Thunderbolt, a much rumored smartphone that was supposed to compete with the Optimus 2X and Motorola Atrix dual core devices, turned out to be a run off the mill slab smartphone with a single core processor, the same old 480×800 pixels display as on the EVO 4G and your standard HTC look and feel. Sure, it is a good smartphone, but it’s nothing at all compared to the competition.

HTC is finally starting to deliver on their promises

However, there’s a reason why HTC was off the game with their first 2011 device – they’ve been working full time to deliver something much, much better! And at the CTIA press conference, we finally saw a glimpse of what we should really expect from the company this year. One of the most interesting devices was the EVO 3D – a smartphone that can both display AND record 3D content, using a new glasses-free parallax 3D display and two 5 megapixels, 720p HD cameras on the back.

While a lot of people might say that 3D is a gimmick, it can definitely be useful in some cases. For example, gaming and watching videos is a much more pleasant and immersive experience with 3D, as is navigating through beautiful 3D menus. And these activities account for almost 50 percent of smartphone use for the general populace, so you can’t take it lightly. Plus, there is no reason not to have the option of 3D content when the other areas of the device are completely unaffected.

The other specs of the HTC Evo 3D are definitely high-end – this is the phone that incorporates almost all the rumors about the HTC Thunderbolt or Pyramid: it has the new Qualcomm Snapdragon 3rd generation dual core processor running at 1.2 GHz and using a completely new video graphics adapter for a 4x increase in performance, 1 GB of fast DDR2 RAM, a beautiful 4.3 inch qHD display (960×540 resolution) and a big 1730 mAh battery to make it through the day with all of this power.

As you can see, despite the 3D display and dual camera array (with dual LED flash) on the back being the main attention focus, the phone doesn’t lack in anything else that’s important. It has enough processing power to accomplish anything, and the other tech specs are also on a high level, with the phone supporting HSPA+ 21 Mbps 4G networks, Bluetooth 3.0, Wifi b/g/n, a gyroscope and light sensors and more – all in a stylish black housing that has about the same dimensions as the older EVO 4G, while also being built out of higher quality materials (the Evo 3D definitely uses more metal and the plastic feels very sturdy).

Software-wise, there’s also nothing to complain about – the EVO 3D comes with Android 2.3.3 Gingerbread pre-installed, and an official upgrade to the newer version when it becomes available is almost guaranteed (not that you’d really need it, as Gingerbread does everything perfectly fine). HTC also uses their new Sense UI, which has been updated for 3D with beautiful animations and looks very nice.

The Evo 3D can hold it’s own against the only other 3D smartphone on the market, the LG Optimus 3D, without any problems, and if the device has the ability to flash custom ROMs, the developer community (which is pretty vocal online) will definitely increase its sales. The HTC Evo 3D is set to be released at the beginning of summer in the US and Europe, and if the price is right, it’ll be a much better choice than many other non-3D smartphones out there, including the Droid Bionic (which has almost the same specs, sans 512 MB of RAM and 3D capabilities) – an impressive feat, indeed.