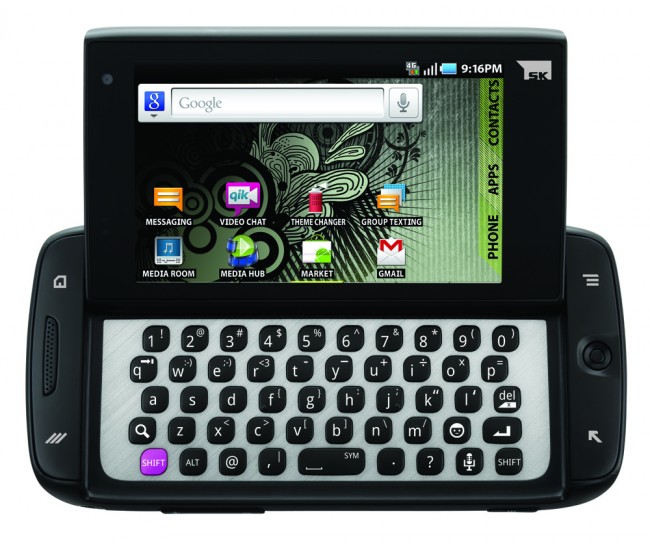 T-Mobile’s Sidekick line of phones (they weren’t really “smart” phones back then) has a long and successful history in North America. Back when texting was the new big thing and everyone was using it instead of making actual calls; it was pretty difficult to type up the messages quickly on the old numeric pads.

The Sidekick revolutionized that with the excellent QWERTY keyboard, which sliding out in landscape mode and allowed users to write messages and use the phone very quickly. But when the text messaging boom ended and the Sidekick didn’t get a successor, everyone said that it was dead and that touch screen smartphones were the future.

Well, just a month ago, T-Mobile decided to revive the brand and announced the Sidekick 4G, new, improved and featuring not only a touch screen, but also the Android OS!

Smaller, better, faster – the Sidekick 4G is a true smartphone

The exterior of the Sidekick 4G is almost the same as of the last models, specifically the Sidekick LX, but of course it’s a bit smaller and definitely thinner, as a modern smartphone should be. The front retains the usual 4 buttons, three of which are used as the Android navigation buttons, and a fourth that acts as a shortcut button for launching various apps with just a couple of taps. The screen is a nice 3.5 inch 800×480 pixels unit, which should be more than enough for anyone, especially since the hardware keyboard frees up a lot of on screen space in most situations.

The hardware is manufactured by Samsung, and is of very high quality – the device feels so solid, you’d think it’s made of metal (when it’s only sturdy plastic). Samsung has also used their 1 GHz single core Hummingbird processor in the smartphone, which means the performance will be on a pretty high level, especially in games since the Hummingbird has one of the best video graphics adapters in the mobile world (it’s on par or even faster than the one in the iPhone 4!). There are 512 MB of RAM to complement the CPU, and the storage memory is provided by an external micro SD card slot that supports cards of up to 32 GB (the phone will also come with an 8 GB card in the box).

All of the standard hardware features + Android 2.2 Froyo

All of the other specs conform to modern standards – the Sidekick 4G has support for Wifi N, Bluetooth, assisted GPS, a 3.5 inch audio jack, accelerometer, compass and much more. The cameras are a bit disappointing, though: there’s a 0.3 megapixels unit on the front for video calls in VGA resolution and a 3 megapixels camera on the back with LED flash, which can take pictures and shoot only VGA quality video – that’s quite unexpected, as 5 megapixels cameras are everywhere nowadays, and the Sidekick is a fairly high-end model for the younger generation.

The software side has also been updated – the Danger OS was good, but it’s nothing compared to the new Android – now the Sidekick is truly a full-fledged smartphone. The device will ship with 2.2 Froyo, and knowing T-Mobile, an update to the 2.3 version should come in about half a year to a year, which is pretty good.

The T-Mobile Sidekick 4G will be available by the end of May for only $100 with a contract, and if you liked the previous models from this line, you’ll definitely love this smartphone!