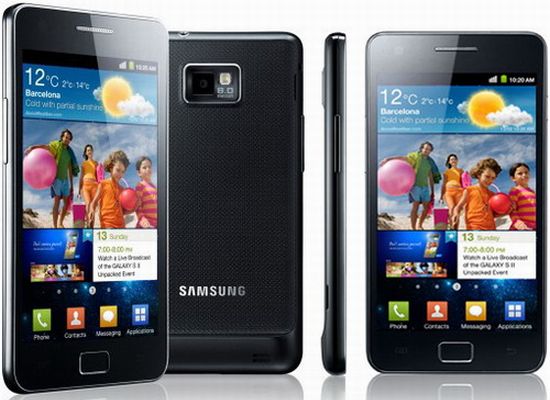 The Samsung Galaxy S has been one of the best Android smartphones on the market, and you can simply ask users of the device who will certainly tell you that they will never be looking at another device.

When Samsung announced that it will be launching the Galaxy S II, many wondered if Samsung could go all the way in matching the features of the first Galaxy S. To the many skeptics who doubted Samsung’s abilities, we think Samsung has done just that!

The Samsung Galaxy S II is a mere 8.49mm thick. This measurement expands a little at the bottom of the device where a curvy bump houses its loudspeaker, and also around the camera compartment, but never does this device go beyond the 1cm measurement mark.

The 4.3-inch handset feels better in the hand than the Arc, mainly due to its curved sides that provides a comfortable grip to the user. The textured rear cover feels much better than that of the original Galaxy S and should withstand marks and scratches much better.

Unfortunately the Galaxy S II is still made out of plastic rather than something more robust.

The screen is fronted by a continuous sheet of glass protecting the 4.3-inch Super AMOLED Plus display, along with a number of sensors and a front-facing camera at the top and two capacitive Android keys at the bottom. The earpiece and the Home button are the only two ‘disruptions’ to the glass surface, if we may call it that.

The coating added to the screen appears to resist smears and fingerprint marks a lot better than that of its predecessor.

On the one side of the device users will find a volume rocker and a power key, which also acts as a lock key.

At the top of the device users will find 3.5mm headphone jack.

The bottom of the device consists of a micro-USB port, which can be used for charging the device or simply a data port.

The menu and back keys are purely capacitive, while the Home button is an actual button.

The new Galaxy S II runs on a 1.2GHz ARM v7 dual-core processor, which lends the fast speeds to operating the device.

The Galaxy S II screen is, in short, fantastic! Its viewing angles are simply great! The Galaxy S II consists of an 800 x 480 display and all color saturation and vibrancy remains undiminished when the device is used. Only at extreme angles will users notice some discoloration.

The Super AMOLED Plus panel inside the Galaxy S II puts the Galaxy S II device in a total new category of smartphones, and this is evident when users use the device for viewing videos or simply browse the Internet.

With a 4.3-inch screen, we would almost say that the device’s screen is better than that of the iPhone, mainly due to the fact that the user has so much more to work with.

Even though the almost-perfect display, we did find one irritating aspect. This was the auto-brightness. This setting tends to search around for the correct setting and occasionally makes jumps between darker and brighter values.

We started using the device playing with its myriad of functions available, browsed the web, played around watching quick video quality shots and much more. After 20 hours of use, the device was only at its 15% of battery life mark. It needs to be mentioned that the device was continually connected to our WiFi network and Gmail and Twitter apps ran in the background.

The earpiece also performed great! Sound quality on both ends of the line was superb. Although we experienced a couple seconds of garbled moments during one call, we attribute this rather to network coverage than the quality of the Galaxy S II hardware.

The Samsung Galaxy S II consists of a rear 8-megapixel and front-facing 2-megapixel camera. The flash is an overpowered LED unit. The near perfect quality in almost every shot is evident of the great quality of the camera housed inside the unit. 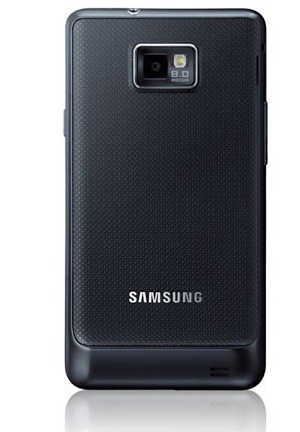 Taking videos with the Galaxy S II will yet again proof the superb quality of the camera, though the rolling shutter is always evident when there is rapid motion on screen. Even when recording is done in 1080p, there is no sign of slow-down or even any processing lag.

The Galaxy S II is an example to other Android devices on how a device should respond when users move through menus and access applications. We never found an Android handset operating this smooth.

In terms of speed, the browser performance was fantastic. However, when it comes to rendering we were troubled somewhat. We were consistently met with pronounced aliasing when we viewed websites from a more zoomed-out view.

Website structure was perfect and showed the way webmasters intended them to be displayed. Navigating web pages was simply an excellent experience on the Galaxy S II.

In order to get Flash working in the browser, users need to tick an ‘enable plugins’ box. Whether we had a flawed device, which required this or all users need to do this initially remains unknown.

In addition to its Android 2.3.3 operating system, Samsung launched its latest set of OS customizations, called TouchWiz 4.0. TouchWiz offer users an array of functions, bringing their Galaxy S II to life, even when locked. Some functions include the following:

Missed calls and unread messaged becomes small tabs on the side of the locked Galaxy S II.

When receiving a call you will have the options to pick up, hang up or reject with a text message.

When looking through your contact list, swiping right on the name will initiate a call, while swiping left will start composition of a text message. Each contact card also comes with a history of communications between you and the other person.

Long pressing the Home button will bring up an app switcher, which will display six of your most recently active apps, along with a Task Manager beneath them. The Task manager allows the user to view active tasks, as well as their RAM and CPU usage, with an option to kill them. Users can also flush from the phone’s memory any remnants of their operations.

Users will find a number of motion sensor-assisted functions in the Galaxy S II. With the first users can flip the phone to face the floor, which will mute all sounds. These sounds can either be incoming calls or any media playing on the device. This is called the ‘Turn Over’.

Tilt-Zoom gives the user a new way to zoom within the browser and picture gallery app, whereby the phone is tilted up to enlarge a photo or down to shrink it. This is activated by placing two fingers on the screen simultaneously and comes with a sensitivity adjustment for users to tailor it to their needs.

Another neat feature is when a user tilts the phone at 90-degrees, which will jump you three homescreens in a given direction. This makes navigation a breeze!

The onscreen keyboard is fantastic and allows the user to get up to a fast typing speed in no time at all. Samsung has opted to include a dedicated button for voice input in the place of the comma, which has been moved to the rest of the punctuations in a secondary keyboard mode for symbol or numeric input.
This was almost a given as Samsung did hint that it would focus more on the use of its Voice Talk features in the Galaxy S II.

In the End
The Samsung Galaxy S II is by far the best Android smartphone released to date. There is simply no comparison. Although the 4.3-inch screen size will not suite everyone, we will, without a doubt recommend this device to any person in the market for a high-end Android smartphone.