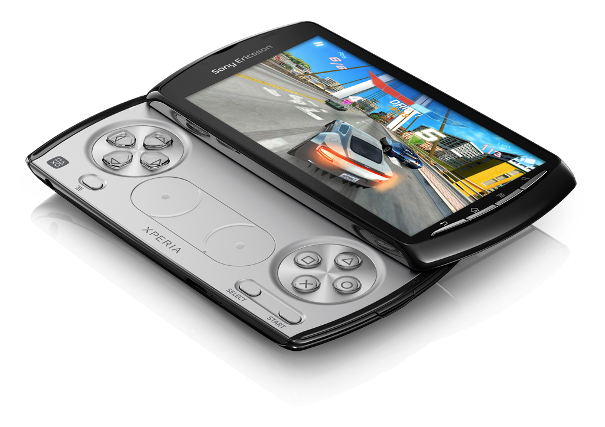 The first ever phone that is able to play games from Sony’s Playstation system is about to hit the market and we have an exclusive look at it. The phone named the Sony Ericsson Xperia Play is going to be a phone to contend with for gamers and office people alike. Now without further to do let’s have a look at what Sony Engineers have cooked up for us.

The Sony Ericsson is a Android Gingerbread based phone that is branded with the Playstation name. It features an eight hundred fifty four pixel by four hundred eighty pixel display with exceptional performance with colors and even wide viewing angles and produces a slightly darker black then the X10.

According to the Android operating system the phone clocks up to one gigahertz of processing power and is single core. Rumors are circulating that the Quallcomm MSM8655 chipset powers the phone along with a Adreno 205 Graphics Processing Unit but we are unable to verify this speculation. The phones Wifi, Bluetooth, FM receiver and transmitter is powered by a BCM 4329 wireless chip.

As far as user interface along with the touch screen the phone features the standard four android soft keys below the screen – home back, menu and search – and then the gamepad underneath the surface of the screen. The phone also has a power button in the top right corner of the phone and a volume rocker on the right side of the phone but I think the buttons are poorly designed. The power button is far too small for those with large hands, and the volume rocker is in an awkward position for adjusting the volume while your holding the phone. Another quickly noticed flaw is the poorly designed weakly held in place battery cover.

Speaking of the battery the phone comes with a one thousand five hundred Mila amp hour battery which is well capable of providing a full days of active 3g connection. However if your going to be playing games on the Sony Erricsson Xperia Play your going to need to have a way to charge your phone throughout the day as playing games seems to drain the battery rather quickly.

For the first version of the phone it’s a very snappy interface and quick to respond. If you remove the time scape widget that seems to be a large resource hog your phone will speed up quite a bit. The phone also can operate as a wifi hotspot, music player and gallery browser.

The camera on this phone is where it gets very nice. The 5 megapixel camera benefits from the same technology that Sony used in the Experia Arc’s Exmor Camera Sensor. Even though the Arc had had an 8 megapixel camera this camera seems to do a great job at getting details and does well in both good lighting and poor lighting situations. The bad part about the camera is there is no HD Video recording, its only VGA.

Overall for gamers this is the phone to get, but to be honest I would wait until the second version of the phone comes out which will likely be in another year. There is too much yet to be worked out on this phone.