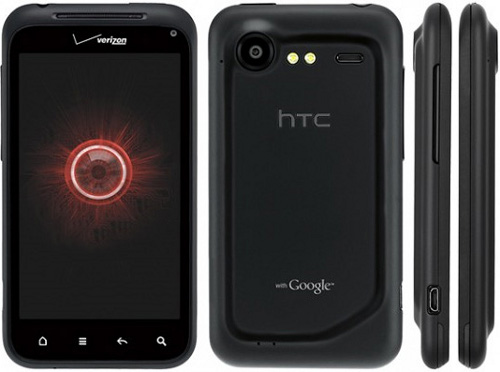 Verizon continues to announce new smartphones and tablets in their collection like some fashion designer this year. First it was the powerful Motorola Atrix 4G, then they followed up with the HTC Thunderbolt, and now it’s time for a simpler, cheaper smartphone that still retains all the best qualities of the other two devices at a fraction of the cost – meet the Droid Incredible 2.

It is a bit weird that they went with the Incredible name, as the first model was really more incredible when it first came out than this one, but still, the Incredible 2 is a surprisingly attractive package, despite its drawbacks.

An attractive exterior and a beautiful 4 inch Super LCD display

The exterior is the most obvious difference from the first phone: the second Droid Incredible has a more industrial look, with the back being asymmetrical, making it very attractive visually – it will definitely turn heads and make people wonder what kind of phone you’re using. The 4 inch Super LCD display on the front has a resolution of 800×480 pixels, which should be enough for any kind of applications, and looks simply gorgeous – it’s almost on par with the iPhone 4’s screen in terms of picture quality.

The housing is about the same size as the iPhone 4’s overall, and since you have a 4 inch display, you get a very usable touch smartphone that can fit almost any pocket. The matte black color and soft plastic material makes the phone resistive to scratches and easy to grip with one or two hands (the screen is also scratch resistant).

There are two cameras on the Droid Incredible 2 – a 1.3 megapixels unit on the front for video calls and self-portraits and a big 8 megapixels shooter on the back with dual LED flash and support for 720p video recording (thanks to the big sensor, the quality is actually better than on the Nexus One or other HTC smartphones from the previous generation, and even on par with the 1080p resolution of the G2X).

Hardware wise, this smartphone has nothing to boast about: it sports a 1 GHz second generation Snapdragon platform (with the improved Adreno 205 graphics adapter), which is aided in performance by 768 MB of RAM – obviously, any dual core and even the same processor at a higher clock in other devices will be faster than this phone, but it’s definitely enough for any daily tasks you may have, unless you’re a power user.

There’s also only 1 GB of internal storage memory and the user gets an 8 GB micro SD card in the box – with current prices, I feel they should’ve at least included a 16 GB card, but I suppose that you can change in yourself if and when you need the extra space.

Among other hardware specs you’ll find Wifi N support, Bluetooth 2.1 EDR, a 3.5 mm audio jack, GPS, accelerometer and support for HSDPA and HSUPA 3G networks. Yes, the latter is the main beef of a lot of would-be users: the Droid Incredible 2 does not support Verizon’s new 4G LTE network. That is a bit weird, since the Thunderbolt (with almost the same specs) does, but I suppose it’s because of the pricing – the Incredible 2 is cheaper than the Thunderbolt, and there should be a difference between them.

Software wise, the Droid Incredible 2 is doing fine, though it’s nothing special: it’s powered by Android 2.2 Froyo with the HTC Sense skin on top. That is enough for almost everyone, and I doubt that people who buy the Incredible 2 actually need Android 3.0 or even 2.3 – you can have anything you need on this phone, thanks to the huge collection of apps on the market.

The HTC Incredible 2 is already available at Verizon stores for $199 with a contract, and frankly, it’s a very attractive device, despite its seemingly weak hardware – it has a beautiful screen, very sleek looking case and it feels like it will last for a while – if you’re in the market for a new smartphone, you should definitely check it out.