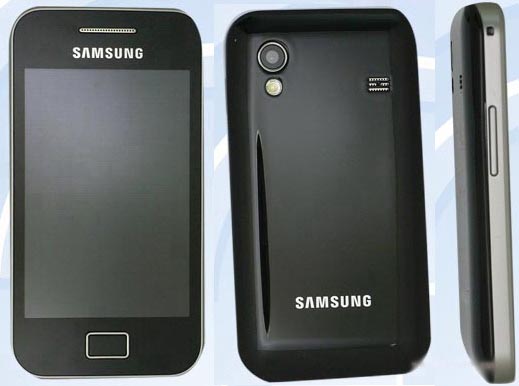 Samsung has definitely got everyone’s attention with their new Galaxy S2 smartphone back at MWC 2011, and now they’re continuing to rake in on the brand name with yet another smartphone in the line: the Galaxy S2 Mini. The last time they released a Mini, it was definitely mini in all aspects: it had a small screen and resolution, low end processor and small amount of RAM and memory.

This time, the Galaxy S2 Mini is touted as a “high end” smartphone, and judging by the specs, it is indeed, high end. It’s like a smaller, cheaper version of the Galaxy S2, specifically for those who need to use the smartphone every day and are afraid of breaking the big screen – that plus the battery life should be better on the new Mini.

The Samsung Galaxy S2 Mini looks a lot like the older Galaxy S, and shares quite a lot of hardware with it, as well. It has the same strict likes and all around glossy surface, with a track pad and two touch buttons in the front for navigation. The display is pretty surprising for a “mini” phone: it’s a 3.7 inches WVGA (800×480) unit, and while it’s definitely smaller than the 4.3 monster in the Galaxy S2, it is definitely more than enough for day to day use – anyone else with a mid-level smartphone will be envious.

The hardware specs boast an impressive array of features, including a 5 megapixels HD camera on the back with LED flash, a VGA front facing camera for video calls and taking pictures of yourself :-), support for HSDPA and HSUPA of up to 21 and 5.76 Mbit/s respectively, Wifi N, Bluetooth 3.0, assisted GPS, and much more. Judging by the leaked information, the Galaxy S2 Mini will be a step below the S2 and above the Galaxy S, which actually makes sense.

The processor is a speedy 1.4 GHz Hummingbird, which still has one of the most powerful video graphics adapters in the smartphone world (the PowerVR SGX540 running at 200 MHz) and at this clock speed, it can hold its own against any other competing device, including the dual core Tegra 2, thanks to the current Android versions and apps not being optimized for multicore processors. There will most likely be 512 MB of RAM or more to keep up with the CPU, and an undisclosed amount of onboard memory (I presume 8-16 GB and no external micro SD card slot).

Everything is in order with the software, as well: the Galaxy S2 Mini runs on the new Android 2.3 Gingerbread, which is the most polished Android version to date and has everything one might need to use a smartphone to its full extent. Sure enough, there’s Samsung’s own Touch Wiz interface, which are pretty useful in the current version, though a lot of people would prefer working with the default Android UI (which got much better in version 2.3).

The Samsung Galaxy S2 Mini will be available on the UK’s 3 carrier, and will probably come to other countries, including the US, soon after. The pricing hasn’t been specified, though it should be around $100-200, seeing as its marketed as a high end device and has some pretty good specs. This is an excellent upgrade to the Galaxy S, and in the beginning it will be faster than other dual core smartphones, so it could be worth getting if the price is good.