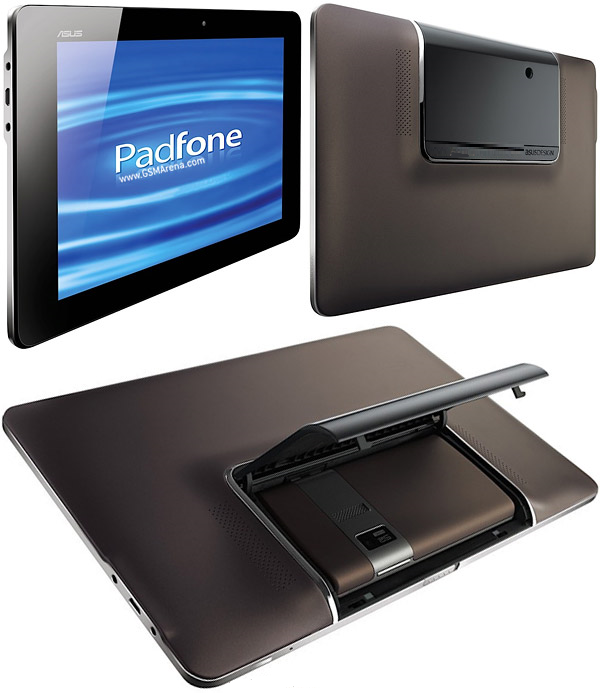 Among all the other slates that look pretty much the same, except with different body styling and screen sizes, Asus certainly continues to impress with their innovative and, some might say, crazy designs. The EEE Pad Transformer and Slider are now engraved on everyone’s mind as the most unique tablets, but the newest addition to their mobile line of products may overthrow them for good. Meet the Padfone – the first smartphone that also docks and powers a tablet!

I guess the thinking behind it was, “Hey, Pads are selling well, phones are selling well, but WHAT IF we combine them!? That’ll sell like hot cakes!”. Well, I’m not so sure about that. There are a lot of advantages to the Padfone, but it has its fair share of disadvantages, as well.

First, let’s talk about the device’s design and features. The smartphone looks like any other ordinary full touch phone, like the new G2X or Galaxy S2 – it’s a solidly built device with a big 4.3 inch display and a slim profile that looks professional and actually very attractive on its own. The tablet part is nothing more than an empty shell that functions as a dock – there’s nothing inside it besides the 10 inch screen, a bigger battery and two speakers. Of course, the ports are also replicated, but that’s just for convenience’s sake.

The dual core processor in the phone (the manufacturer hasn’t been named yet, but it’s more than likely Tegra 2 from NVidia) powers everything, from the smartphone mode to the big screen dock. It’s kind of like the Motorola Atrix, only with better docking and without a keyboard (now that’s an idea!).
The difference between the Padfone and the Atrix is that the former runs Android on both displays, and it’s almost certain it will come with Honeycomb or even Ice Cream Sandwich pre-installed to allow for switching between the two user interfaces.

A lot of advantages, but also many disadvantages

The advantages of this design are obvious: you can do everything and have all your stuff on one powerful and small device, which is always with you, and if you need a bigger screen for more comfortable work, just dock it with the tablet – you’ll also get more battery life at the same time. No need to transfer files between devices and no need to have two SIM cards (this is actually a serious problem in some countries, where only one SIM can be used for calls and one for data, and they’re not interchangeable).

But the drawbacks are also noticeable: with the phone out, the tablet is useless – what if you want to use them both? What if you lose your phone – most likely, you’ll get used to the idea of a universal device and not backup your data, losing everything. Also, docking and undocking the device can become quite cumbersome if you do it often – a slide in mechanism would’ve been better than the current bay-door style.

In the end, not many people will find this attractive, but I’m sure there will be a lot of potential buyers, and if Asus can demonstrate that this format is better than separate devices (maybe by pricing the dock extremely cheap), they could have a winner on their hands.

But as I mentioned above, why not go the whole way and use the tablet with the Transformer keyboard dock – that’s going to look pretty interesting, kind of like a Super Sentai device – I have a feeling it’ll be popular in Japan :-). With the details being so sketchy, I can’t actually say for sure they haven’t thought of this, so we’ll have to wait and see.