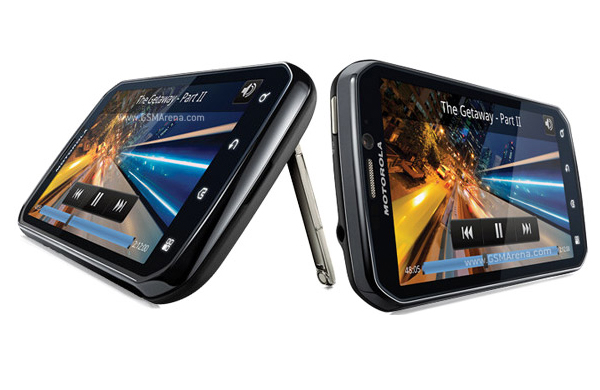 Motorola created quite a furor at this year’s Consumer Electronics Show with the Atrix, which is one of the fastest smartphones on the market and currently the only one to have two separate operating systems and be able to be used as a netbook or full-fledged desktop computer, with the right docks, of course.
Several months later, the Atrix was finally released on AT&T’s network as the Atrix 4G, and it seems that the sales are going pretty well. Other networks wanted to get their hands on this phone, as well, and Verizon is already confirmed to get it by the end of summer – they already have the Droid Bionic, so they’re not in a hurry.

An improved Atrix comes to Sprint

A big surprise in this regard came from Sprint – they’ve definitely been on a roll with offering great and unique smartphones for the public, and now they got the Atrix as well. Though, it’s not the same old Atrix – it’s been improved and perfected and is better than ever – meet the Photon 4G.

The outer design of the Photon 4G reminds a lot of the Atrix, but it’s slightly different in style – it has a hexagonal shape, which actually reminds me a lot of the Samsung Droid Charge, though that one is distinctly different. Obviously, one of the first differences people will notice about the Photon is the bigger 4.3 inch display – an improvement over the 4.0 inch unit on the Atrix. The resolution remains the same, at 960×540 pixels, more than enough for any activities. 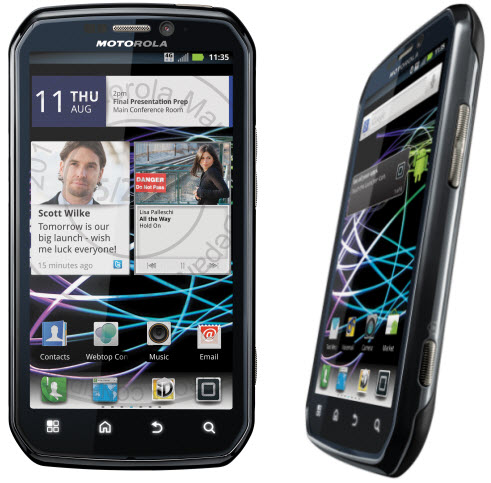 On the inside, practically nothing has changed: the Photon 4G is still powered by NVidia’s Tegra 2 platform, with two processor cores running at 1 GHz, aided by a full gigabyte of RAM for maximal performance. Sure enough, it’s got all the other standard features you would expect on a modern smartphone, including GPS, DLNA, gyroscope and accelerometer sensors, HDMI out and audio out ports, and of course, Wifi N and Bluetooth 3.0.

On the back, you’ll notice the camera with dual LED flash – this one is also an improvement from the original – it’s 8 megapixels (compared to 5 MP on the Atrix) and should therefore be able to produce higher quality photos and video clips. The unit on the front is the same old VGA resolution pin hole camera. There are 16 GB of storage space on the phone, and a micro SD card slot allows the users to add up to 32 or even 64 GB more – that should be enough for almost anything.

Battery capacity went down, but users get Android 2.3 out of the box

One thing that has not improved is the battery size, though. Despite the phone being 12 mm thick, which is 1 mm thicker than the Atrix, Motorola has decided to use a smaller capacity 1700 mAh battery – still more than other phones on the market, but it’s no 1930 mAh beast. It is supposed to hold a charge for about 9 hours of work, though with the big 4.3 inch display, a higher capacity battery would’ve been better.

The Photon 4G will come with Android 2.3 Gingerbread pre-installed, which is great, and I hope Motorola will release an update to a newer version, though knowing them and Sprint, they probably won’t. It hasn’t been confirmed, but Motorola said their newer phones will come with unlocked boot loaders – sure would be nice to have at least that. Of course, there’s no Google experience with the Photon – MotoBlur runs the show, and it seems that the new version is actually stable, but we’ll wait and see.

The Photon 4G is an excellent choice for those who use Sprint and want a powerful smartphone that will last for a while – if it’s priced under $200, it will definitely be a hit with power users.