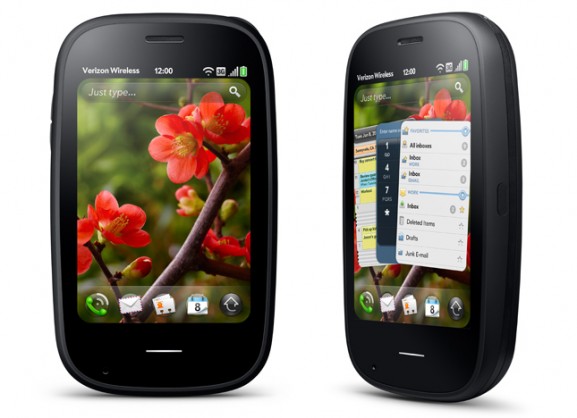 Palm hasn’t been very successful with their “restart” in the mobile industry, partly because of the lack of an extensive marketing campaign and partly because of the strong competition in the form of the iPhone and Android phones, which have already been established on the market and offering much more functionality than Palm’s new smartphones and WebOS.

But WebOS is actually a pretty good mobile operating system, and the Pre and Pixi have a lot of users that love the devices and wouldn’t change them for anything else. After HP acquired Palm last year, they have decided to continue work on the OS and releasing new devices that run it. Along with the rumored HP Slate, the company has announced the Palm Pre 2 – the successor to the first model and the flagship smartphone for both HP and Palm.

A business smartphone that can rival a Blackberry
The Pre 2 is aimed at business users and is supposed to directly compete with the Blackberries, which is an impressive goal, considering how loyal Blackberry users are to the company and their devices. On the outside, it doesn’t look much different than the first Pre, which I suppose is a good way to go for a device that was already (relatively) successful with the buyers. The only visible difference is the new Gorilla glass that covers the display – an improvement in scratch and damage resistance, which is always welcome. The screen itself is a 3.1 inch capacitive touch screen with a modest resolution of 320×480 pixels – enough for most tasks, but certainly not top of the line.

On the back, there is a 5 megapixels camera, which should be good enough for taking pictures and VGA video clips (no HD on this phone), but its big drawback is the fixed focus – no macro shots and a lot of blurry shots are practically guaranteed. Palm went pretty cheap on this one, probably thinking business users don’t need the feature.

All the hardware features you may need and WebOS 2.0
The internal hardware has also been upgraded to newer specs, with the Pre 2 being powered by a 1 GHz processor, which makes everything very responsive and quick, especially considering how light WebOS 2.0 is on resources. All of the other usual hardware features are also there, including support for Wifi b/g, Bluetooth 2.1 EDR, USB port, 3.5 mm audio jack, GPS, and more. There’s also ample storage space counting 16 GB of internal memory, which should prove to be more than enough for storing any kind of files, including documents, music and videos.

The WebOS 2.0 operating system looks pretty nice, but it doesn’t have as many features and apps for it as Android and iOS, plus developing apps for the platform is harder, with the developers getting very limited access to the hardware and low level features through the API. For example, it’s not possible to develop an app that would directly access the microphone (a voice recorder) – this is a very bad thing for any OS.

Regardless of its drawbacks, WebOS is still very good at business tasks like email, syncing with remote servers, and editing documents. The QWERTY keyboard on the Pre 2 is the same as on the previous model – a bit smaller than most people would like, but still very usable and great for typing. It’s definitely a good competitor to the Blackberry Torch, for example.

The Palm Pre 2 is already available on sale for Verizon’s network or unlocked from Palm and other resellers. The $450 unlocked price is pretty good, so if you want a business phone that looks great and can do anything a Blackberry can (only better), then you should definitely consider the Pre 2 as your next smartphone.