Trending
You are at:Home»Gadget Reviews»Wii U – powerful hardware and an improved controller make for an excellent successor to the Wii
By Gadgetman on Jun 22, 2011 · Gadget Reviews 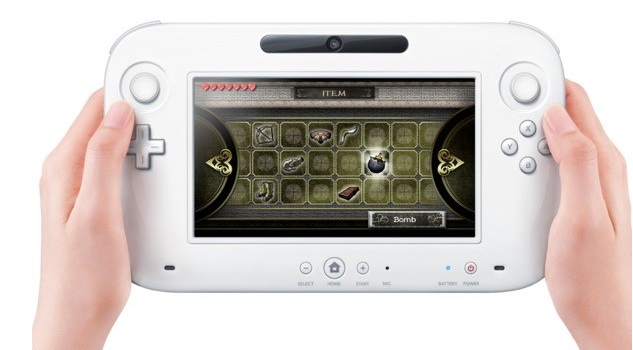 Nintendo has a long history with games – they started by selling card games in Japan over 100 years ago, but really took off internationally with the new electronic games era. Nintendo has been a prominent player in the game consoles market since the 80’s and it’s still going strong. One of the defining features of their consoles is the simplicity of games and the game play – anyone is able to play, not only hard core gamers, which lead to their consoles being more widespread than any competitors.

The Nintendo Wii is a perfect representation of the idea of simplicity and fun: the console doesn’t feature any high end graphics or hardware (it was weaker than its main competitors even when it launched, and it’s practically archaic by now), but the games are fun and can be played by anyone using the intuitive (and innovative for its time) controller. That’s the main reason why Nintendo sold more Wii units than Microsoft and Sony, with their Xbox 360 and PlayStation 3, combined! And now, after almost half a decade, they have finally announced the successor to this popular console: the new Nintendo Wii U.

The name itself is quite funny, it sounds like “wee you”, I don’t know whether that was their actual intent or it’s just a coincidence (I think the U stands for Universal, though). The console itself is actually pretty impressive, although there isn’t much information about it at the moment. All we know about the main console is that it will have more powerful hardware than the Xbox 360 and PlayStation 3, which is admittedly impressive for Nintendo, although I have no doubt that Microsoft and Sony will come up with something even more powerful in their next generation of consoles, which are long overdue from both companies.

The console will support 1080p Full HD gaming resolution, will feature a Radeon HD graphics adapter from AMD and a custom multicore processor from IBM, which will provide the performance. Of course, it will have 4 USB ports, a HDMI port, other video/audio outputs and Wifi N. More details should come in the next few months, as the console is slowly being readied for release.

There is more information available about the controllers, though, and they look pretty awesome: each controller will have an integrated 6.2 inch touchscreen, which will enrich the gaming experience, and also feature a gyroscope, microphone, a stylus and a front facing camera, in addition to the usual controller buttons and analog joysticks. That’s certainly impressive, but one concern about it is the price: with all the specs, it must be pretty expensive as a separate purchase (the Wii U will probably come with only 1 controller).

The controller wasn’t designed to be a standalone gaming console, however, you will be able to play some games on it without using the main console or your TV – yes, it has an integrated processor and graphics adapter for that purpose.

A lot of people think the new controller is too big and will be hard to handle – I suppose that might be true for some games, but for RPGs and racing games, this could be a Godsend. I guess we’ll have to wait and see. The Wii U is supposed to be priced at about $400, and will come out by the end of this year – hopefully we’ll see it this fall!