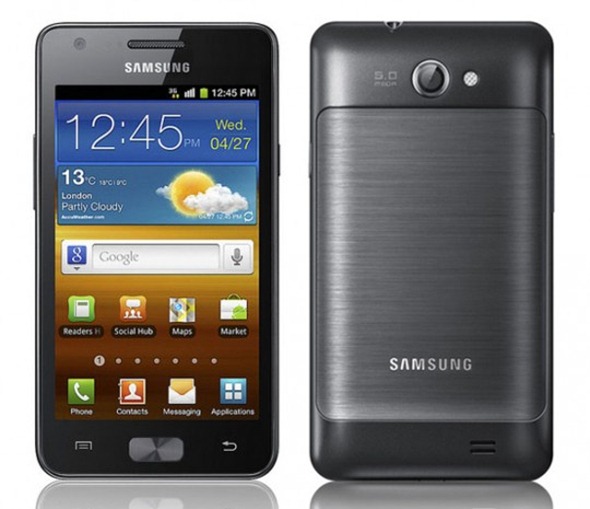 The Samsung Galaxy S 2 is definitely one of, if not THE, best Android smartphone currently on the market. Even though it’s not yet officially available in North America and Europe, it has already sold over 3 million units since it was released in Korea, amounting to 1 device per second (!), which is even better than the Galaxy S did!

But of course, being one of the most advanced smartphones around, it comes at a price – a very expensive one at around $850 for an unlocked unit. While many are happy to shell out the money for it, most people would rather wait for the next generation flagship phone to come around so that they could buy this one at a cheaper price.

But what if you don’t want to wait, and want to have the power and looks of the Galaxy S2 now, at a lower price? Why, Samsung has an offer for you, too – meet the new Galaxy Z!

The design of the Galaxy S2 combined with cheaper, but still powerful components

The new device looks a lot like the Galaxy S2 on the outside, with the major differences being in the different styling of the home button, different styling of the back cover and camera arrangement and of course, the smaller size (only in width and length, the 1 mm difference in thickness is barely noticeable). It looks more modern than the Galaxy S, and when you consider the powerful internal hardware, you could say that this is its true successor, although the screen quality is lower.

Speaking of the screen: the Galaxy Z’s position below the Galaxy S2 is undoubtedly confirmed by the use of a 4.2 inches Super Clear LCD, which is great, but is no match for Samsung’s Super AMOLED and especially Super AMOLED+ – those are definitely a class apart. The resolution is still the same 800×480, pretty standard for a modern phone.

Just like the display, the internal hardware is just a notch below that of the Galaxy S2, performance-wise: the Z uses NVidia’s Tegra 2 platform, with both cores running at 1 GHz and helped by 1024 MB of RAM. I am pretty sure that the performance difference in any applications will be negligible and even unnoticeable, although Samsung’s solution has proven to be faster in games and heavy 3D apps, at least for the moment (the GeForce is built more like a desktop GPU, so it needs different kinds of optimization).

The only other differences in hardware are the 5 megapixels camera that only supports 720p video recording and the reduced internal memory size – 8 GB, compared to 32 on the S2, but you still have the option of using a micro SD card, so there’ll definitely be no problems with the lack of storage space. All the other hardware specs remain pretty much the same, in line with any other high-end smartphone released this year: the Galaxy Z has a gyroscope, front facing camera, Wifi N and Bluetooth 3.0, DLNA, hardware Flash acceleration and even a HDMI out port via a micro USB adapter for playing games and watching videos on the big screen.

At a suggested retail price of about $650 ($200 less than the Galaxy S2), the Galaxy Z will definitely be a popular phone anywhere in the world, and it’s a worthy candidate for your next high end smartphone that will satisfy all your mobile computing needs.