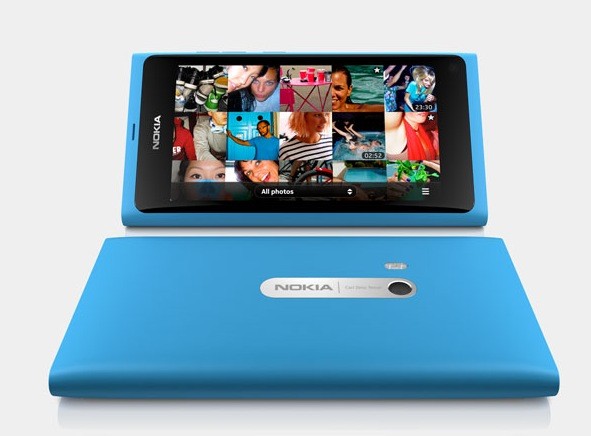 People’s trust in Nokia has been fading away quite fast in the past couple of years, all because their management just can’t seem to decide the direction they should take with their smartphones and operating systems.

First they decided to continue using Symbian S60, which even at the newest version 5 was still archaic compared to the iOS and even Windows Mobile 6.5, with the phones not even supporting capacitive touch screens. Then they decided to abandon it and focus on the new Linux based Maemo that, despite the innovative design and promising future, was only released on two devices – a tablet and a smartphone, which got minimal attention from the market.

Naturally, Nokia abandoned that OS as well, without giving it a chance, and started focusing on the new Symbian S^3, which is now running on less than 5 smartphones and is also, you guessed it, abandoned, in favor of Microsoft’s also new Windows 7 Phone. Can you see a trend here?

And now, Nokia has finally released a high-end smartphone running their latest experimental Linux-based OS, MeeGo – the N9, which is a simply amazing device and really demonstrates that it’s possible for Nokia and MeeGo to gain back the lost trust – of course, unless it’s also abandoned. But Nokia seems to have set its mind that MeeGo will run on high end and experimental/innovative handsets, while Windows 7 Phone will be their “day to day” OS for the rest of the fleet.

The Nokia N9 looks pretty unique on the outside, and I don’t mean the pencil-like colors (I actually like the black version more). The body is made out of one piece of polycarbonate plastic, which makes it very sturdy (just as good as any metal housing, plus it doesn’t bend) and also allows for a much better signal reception, both for cellular and Wifi connections. The whole phone is smooth and the glass covering the display is just a bit curved for a better touch experience. 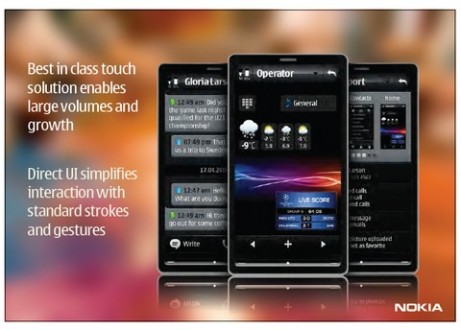 The screen itself is a beautiful 3.9 inch AMOLED unit with Clear Black technology to make black levels really deep (and combine excellently with the rest of the body, that’s why I like the black model) and a resolution of 854×480, which is the same as on the Motorola Droid and Droid 2, plenty enough for any kind of tasks, especially at this size.

Hardware wise, you might think that the N9 is pretty average – on the low end, even, but you’ll be wrong. Yes, the processor is a relatively old and slow TI OMAP 3 running at 1 GHz, but in this case it’s paired with a full 1 GB of RAM (Nokia’s always been stingy with the RAM, but not in this case) and a PowerVR SGX530 graphics adapter, which is pretty damn fast even by modern standards. Add to that the ability of Nokia’s engineers to make the most out of old hardware with well written and clever software, and you get a very fast phone that has no lags and feels just as fast as any dual core Android phone out there (or the iPhone 4, for that matter).

The Nokia N9 has a 8 megapixels camera on the back with the traditional Carl Zeiss optics, which can take beautiful shots and film 720p videos at 30 FPS, making this phone a perfect replacement for your point-and-shoot. There’s also a front facing camera for video calls. Other technical specs are also worthy of attention: besides the usual Wifi N, Bluetooth, GPS, gyroscope and HSPA+ support, the phone has a HDMI out port and an NFC transceiver, which Nokia puts to good use with the automatic Bluetooth pairing feature (you just swipe the phone over another NFC enabled device like external speakers and they pair with the phone automatically – watch the demo, it’s pretty good).

The Nokia N9 should be available sometime this year – no further information is available, but I really hope it comes out as soon as possible – this phone looks awesome!