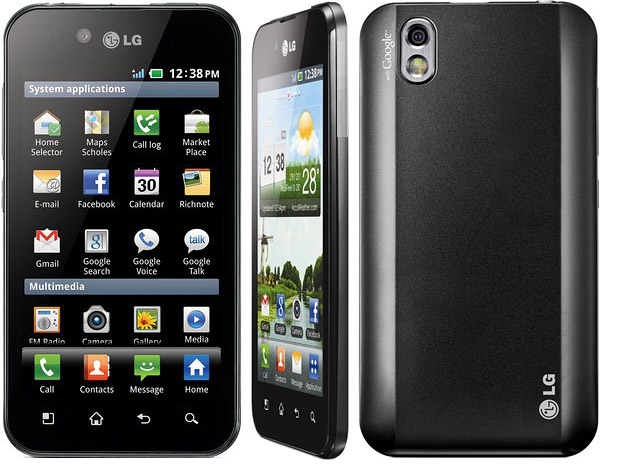 While the sleek and elegant design of the extra-thin LG Optimus Black is just one of the features recommending this gadget, the truth is that it is merely the tip of the iceberg. The Optimus Black is packed with a great number of innovations in key aspects such as Wi-Fi data transfer, multimedia capture and playback, as well as a powerful accumulator and a G menu navigation key.

• Wi-Fi peer-to-peer data transfer capabilities;
• G key that simplifies scrolling through the menu of the smartphone;
• 5 MP camera enabling recording movies at 720p resolutions;
• 4.3 inches display with potent 700 Nits of brightness and 480×840 resolution;
• Powerful 150 mAh accumulator providing good standby and intensive usage life;
• Single core processor of 1 GHz;
• Android 2.2 operating system, though the possibility of upgrading it to 2.3 is promised by the manufacturers in the future;
• Friendly use interface with simple to use controls over the playback, GPS, Wi-Fi and Bluetooth.

The most ingenious aspect of the newest generation of smartphones is definitely the introduction of the G navigation key, and the LG Optimus Black is no exception. While the menu is already quite accessible via the sensitive touch-screen, the G key provides invaluable shortcuts to the most commonly used sub-menu categories. In addition, while the resolution at which the camera of the LG Optimus Black can only provide up to 5 MPS, the quality of the pictures can make anyone think they were taken with a professional device.

Moreover, the sound output of the speakers is also very highly rated, even though the maximum level of output could have been a bit higher. On the other hand, the quality of the playback is perfect as the level of noise is minimal, even at maximum settings.

While there are a lot of good features in the LG Optimus Black, the device does not really rise to the same level of its new age competition. The fact of the matter is that, if this smartphone model would have been released on the market an year or two ago, it would have been considered state of the art. Unfortunately, the single core processor is simply unable to handle the same performance levels as the modern dual-core smartphones. Therefore, speed is not one of its best features. In addition, during the benchmarking, the LG Optimus Black was unable to provide stutter-free multimedia playback at a 26 FPS rate.

In addition, the touch-screen of the LG Optimus Black seems to have some issues in recognizing when the users tap the menu. This can be quite a big impediment, taking into account that it hinders the navigation quite a bit.

There is no question about the fact that the LG Optimus Black is an above average gadget, especially when it comes to the thin elegant design and the prime sound output. However sadly, most reviews regarding this smartphone have not deemed it as very competitive in today’s market. This does not go to say that the LG Optimus Black is bad or that it has untenable defects. To put it simply, if you are looking for cutting-edge technology with the highest rated features on the market, then this is not the best choice.

To sum it up, the display, camera and general functioning of the LG Optimus Black are what you could have expected from the best smartphones a couple of years ago. However, since technology is advancing at a high rate, the features provided by this phone can be considered rather outdated.