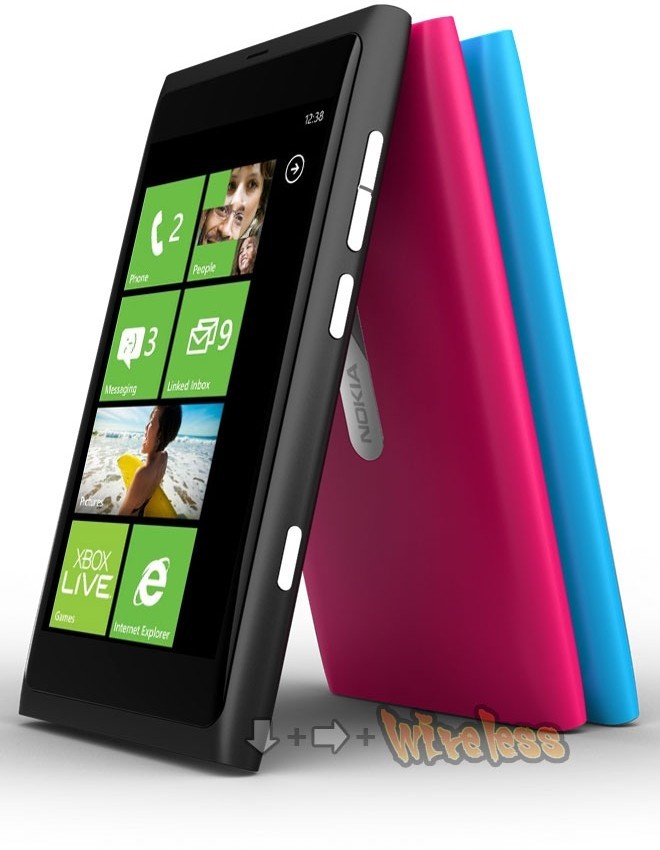 You might already know about Nokia’s decision to use Microsoft’s Windows Phone 7 as their main operating system on all of their future smartphones, but even though the announcement was made a little under a year ago, the company has yet to actually release a WP7 handset on the market.

There’s been little development in the area up until recently, when videos of the upcoming Nokia Sea Ray, the first Windows Phone 7 device, have surfaced online, and I must say, this smartphone will definitely be one of the most popular models in the lineup when it finally hits the shelves at the end of 2011.

As many predicted and expected, the Sea Ray is basically a clone of the Nokia N9, the first device to run the MeeGo OS, and a very nice all around smartphone aimed at the high end market. The exterior design and technical specs haven’t changed much, with the only difference being the three very noticeable Windows navigation touch buttons right below the display and of course, the software.

The Sea Ray will come with a relatively simple 1 GHz single core second generation Snapdragon and 1 GB of RAM, which is slightly higher than Microsoft’s minimum recommended hardware specs. The processor might be enough for MeeGo and Symbian, which have both been extensively optimized by Nokia to run on their traditionally underpowered hardware, but for Windows 7 Phone, it may be a tad too slow, even with the PowerVR SGX 530 graphics adapter, which will most definitely run any current 3D games without problems.

Other hardware specs remain the same as on the N9: there’s your usual Wifi N, Bluetooth 2.1 EDR, NFC transceiver, HDMI out port, and a full 64 GB of built-in storage space for all your files and media. The 8 megapixels camera with Carl Zeiss optics on the back is one of the best on the market, and with great picture quality and support for 1080p recording, it will definitely prove to be an advantage over other Windows 7 Phone devices. The 3.9 inch display with 480×854 pixels resolution is also very good, and is probably going to be second only to Samsung’s Super AMOLED Plus in the Windows phones lineup.

The Sea Ray is also the first smartphone to run on the new Windows Mango update, which has several hundred bug fixes and improvements, and from what we’ve seen, it is a much better mobile OS than the first version – it’s what Windows 7 was to Windows Vista, and what Windows 7 Phone should’ve been right from the start. From a much better multitasking ability to the new and improved Internet Explorer browser that supports GPU accelerated Flash video and HTML 5, there’s a lot to look forward to in the new OS.

The device has already been unofficially demonstrated, and it seems that it’s running the final version of the new Windows, which means that it will be released sometimes this fall or winter, just like Nokia said. If you like Windows 7 Phone, it’s interface and the amazing games available for it (let’s be honest, the games on the platform are second to none, while the apps are nothing special), this will be a great device to wait for.