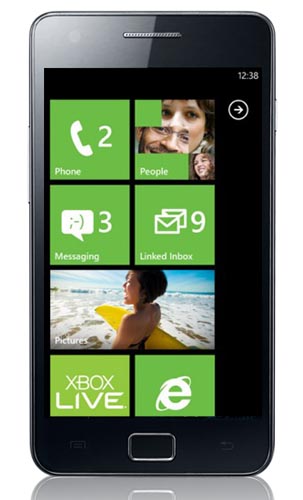 Microsoft’s Windows Phone 7 operating system for smartphones (which has also been confirmed that it will never run on tablets) is off to a very slow start. Despite the years of hype and development, it has definitely failed the expectations of many manufacturers and Microsoft themselves. It’s not a bad OS, though, it has a lot of new and innovative features that are not present on other devices.

For example, there the very interesting and attractive Metro UI interface, the easy to use API that makes developing apps for this platform even easier than for iOS or Android (a remarkable achievement), the impressive support for graphics and 3D applications and technologies (Windows Phone 7 is the best when it comes to game quality, with support for DirectX, Shader Model 3.0, OpenGL 2.0 and other technologies).

But despite all that, the first version of the OS, in the best Microsoft traditions, was very alpha-like (not even Google-like beta) and had a lot of issues – not only bugs, but also glaring omissions in functionality like the lack of easy copy/paste and even the lack of true multitasking – something that Windows Mobile prided itself upon. However, all of that was fixed in the upcoming Mango release – basically the service pack 1 to Windows Phone 7, and from the demos, the OS will finally do what it was supposed to from the beginning.

Of course, that alone won’t help sales, and that’s why Microsoft partnered with the biggest phone manufacturer in the world, Nokia, to power their next generation of smartphones. But of course, any other manufacturer can use Windows Phone 7 if they pay the fee and conform to hardware specifications, and it seems that Samsung wants to sweep in and take all the users for themselves with the Galaxy S2 – the most powerful and desired Android smartphone on the market.

There are a few leaked photos on the Internet of what appears to be a slightly modified Galaxy S2 running the new Windows Phone 7 Mango, and I suspect that it will be the most popular high end smartphone running this OS when its finally released for the simple reason that it’s the best in terms of hardware. Samsung already has a few WP7 smartphones out, but they look and feel like prototypes compared to the GS2.

Obviously, the smartphone will retain all the defining specs – a dual core processor, 8 megapixels camera and the amazing Super AMOLED Plus screen which made the Galaxy S2 a best-seller, with the only thing changes being in the navigation buttons (they’ll have the WP7 layout) and the name (people hope it’ll be the Galaxy S7 – it does have a nice ring to it).

Samsung is definitely on the right track with this smartphone, and not only will they benefit from an increased number of sales, but they’ll also bring new users and developers to Windows Phone 7 thanks to the amazing hardware they offer – it’s really a win-win situation, but fans will have to wait until an official announcement before celebrating.