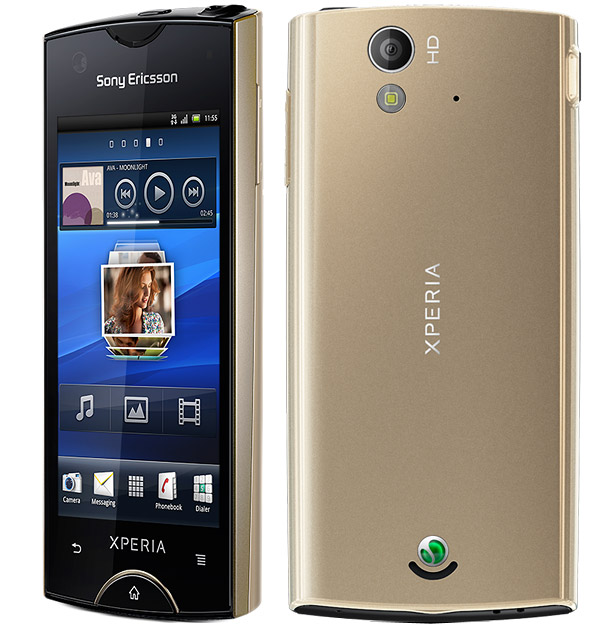 Sony’s Xperia line of smartphones has seen a renewed interest ever since they made the switch from Windows Mobile to Android (although that left a lot of WM users angry, as there was no support for the OS anymore). Even though the first Android Xperia phones had quite a few problems and lacked software updates from Sony, their unique style and powerful hardware made them popular among regular users, as well as some modders that got the full potential out of their phones.

The latest flagship in the Xperia series is the Arc – a beautiful slim smartphone that has everything a user may need and looks very, very cool at the same time. It’s no power monster, but who needs a dual core in a fashion item? However, as with most Sony products, the drawback is the price, but thankfully the company thought of that as well, and released the Xperia Ray – a smaller, lighter, cheaper version of the Arc that looks just as good and has the same hardware performance.

The Ray has Sony written all over its exterior, from the smooth edges and corners to an all glossy finish and the semi-circle that separates the home button from the other two (back and menu, if you’re wondering). Right above the touch buttons is the 3.3 inch screen, which has a resolution of 854 by 480 pixels – a unique combination that looks very good, just what you would expect from Sony (they’re famous for doing this on laptops). The contrast and colors are stunning thanks to the Bravia Engine, no wonder Sony calls it a “Reality Display”.

Another distinctive feature that we have already seen on the Xperia Arc is the ultra-sensitive 8.1 Megapixels camera with Exmor R technology, which allows it to take great shots in dark conditions using only the integrated LED flash – a remarkable achievement, I must say. The camera can shoot 720p videos, as well, and the quality is rather good for a smartphone. To go in line with current trends, Sony has also equipped the Ray with a small VGA camera on the front for video calls, although I’m not sure if it’s just a gimmick or people are really using this service (it’s pretty expensive!).

Good performance, Android Gingerbread, but no HDMI out

Performance wise, I doubt that you’ll have any problems with the Xperia Ray – despite sounding like a slow processor, the single core 1 GHz second generation Snapdragon is as snappy as it comes (pun intended 🙂 and can power through anything like it’s nothing. Obviously, the RAM also plays an important part in that, and the 512 MB on this phone are more than enough to run even a dozen apps at the same time, although Android will probably never do it since it freezes unused apps and removes them from the memory.

Speaking of Android – the new Ray runs Gingerbread, the latest version of the OS, and even if Sony doesn’t release an update to the upcoming Ice Cream Sandwich, you’ll still be able to get the most out of your phone using this version. Obviously, Sony couldn’t forgive themselves if they left the user interface alone, so they replaced it with their own. It looks rather nice, although it would be great if it was removable instead of permanent like a certain other company’s MotoBlur.

Among other features you’ve got your usual Wifi, Bluetooth (which works remarkably well), GPS, a micro SD card slot for all your storage space (there’s no internal memory), DLNA, an audio out jack, but sadly the HDMI out capability is missing – not surprising, since this is a cheaper model, but nonetheless it will be missed.

Overall, the Sony Ericsson Xperia Ray is a well-made all-rounder, with all the specs you’ll ever need in a smartphone and the unique style from Sony – it’s really a premium everyday phone for those that want something more than a gray/black slab in their pockets.